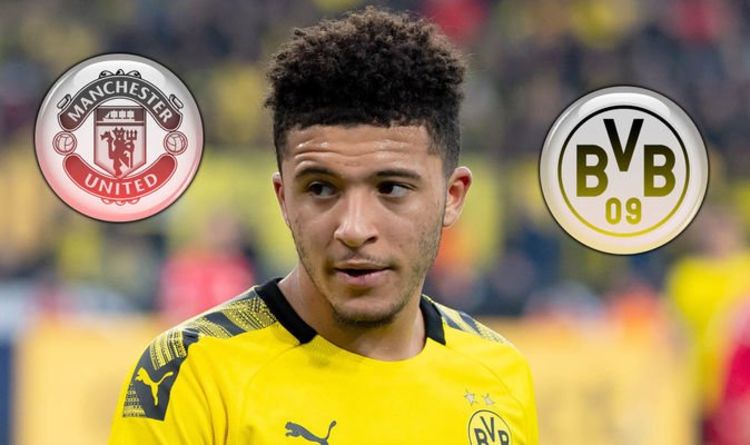 Woodward is currently in charge of negotiations behind the scenes, with Solskjaer making it clear to the Red Devils supremo that the Dortmund star is a necessity.

And the Manchester Evening News have claimed United will let Sancho pick his squad number should he move to Old Trafford.

It will either be the No 7 or No 11 for the England international, who is keen to move back to Manchester after three years in Germany.

But regardless of which jersey he picks, there will be added pressure on his shoulders.

Both numbers are special for United and players have struggled to cope with the burden of certain shirt numbers in recent years.

Regarding the No 7, it’s one of the most iconic numbers in football.

United held off giving another player the No 7 until January 2018, when Alexis Sanchez moved to Old Trafford from Arsenal.

The Chile international seemed a worthy occupant having established himself as one of the best forwards in world football during his time at the Emirates.

But things didn’t pan out. He was loaned out to Inter Milan last summer after scoring just five goals for the club – and United don’t want him back.

That’s what Sancho will have to contend with should he take the No 7 at United. Knowing that other superstars have tried and failed in the past.

The No 11 hasn’t been jinxed quite as badly.

But neither Adnan Januzaj or Anthony Martial were able to do it justice, with the number previously worn by Ryan Giggs.

Januzaj showed real promise when he burst onto the scene under David Moyes, scoring a stunner in a Premier League win over Sunderland.

But he soon faded into obscurity, suffering on loan at Borussia Dortmund before finally being cut loose from Mourinho.

Martial never wanted the No 11 but he had no choice, with United taking his No 9 shirt from him and giving it to Zlatan Ibrahimovic four years ago.

He never seemed comfortable with it and has been reborn since reverting back to his original jersey, scoring 22 goals across all competitions.

But if you’ve got the No 7 or No 11 on your back, that’s increased tenfold.

Whether Sancho can shine like Ronaldo and Beckham or struggle like Di Maria and Sanchez is something only time will tell.