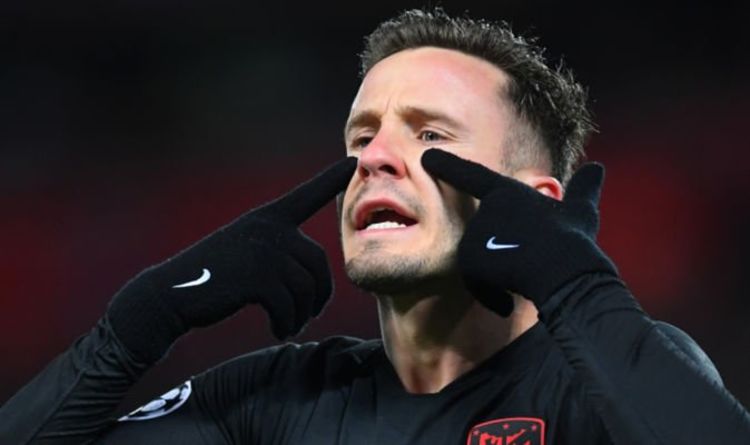 Manchester United and Arsenal fans were hoping Saul Niquez would be announcing a transfer to their club today but the Atletico Madrid midfielder’s social media tease proved to be a commercial stunt.

Niguez has been strongly linked with a summer move to the Premier League with Old Trafford and the Emirates his most likely destination.

On Sunday the 25-year-old tweeted: “New club. I’ll announce it in three days.”

Niguez instead used the hype to confirm he had set up a new football team called Club Costa City in his hometown of Elche.

The Atletico star, alongside his brother Aaron, will bring together more than 30 teams and more than 500 players between four and 18 years old.

United have been long-term admirers of Niguez and are in the market for a similar players this summer.

Jack Grealish, James Maddison and Jude Bellingham have all been placed on Ole Gunnar Solskjaer’s shortlist.

But Niguez would also be considered a suitable candidate should Atletico be willing to accept a fee below his £100million release clause.

Arsenal boss Mikel Arteta has a wealth of knowledge about his fellow Spaniard and will look to add strength to his squad when the window reopens.

It is unclear if he will try to tempt the La Liga star to north London or look elsewhere.

We’ll be bringing you the very latest updates, pictures and video on this breaking news story.
For the latest news and breaking news visit: express.co.uk/sport/football
Stay up to date with all the big headlines, pictures, analysis, opinion and video on the stories that matter to you.
Follow us on Twitter @DExpress_Sport – the official Daily Express & Express.co.uk Twitter account – providing real news in real time.
We’re also on Facebook @DailyExpressSport – offering your must-see news, features, videos and pictures throughout the day to like, comment and share from the Daily Express, Sunday Express and Express.co.uk.