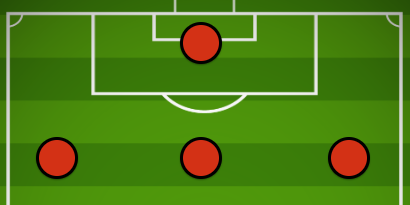 Harry Maguire is back for Manchester United’s clash with Tottenham this afternoon after recovering from a knock.

The centre-back missed the midweek Carabao Cup win against Brighton, but Ole Gunnar Solskjaer has confirmed he will be available to try to contain in-form Harry Kane.

A key decision for United’s manager will be who to play alongside his captain, with Eric Bailly pressing hard to displace Victor Lindelof.

Solskjaer is ready to give Bailly the chance to establish himself as the long-term partner for Maguire this season, but has so far started Lindelof in both of the Premier League games this term.

Solskjaer said: “I think every coach when you play against a team with the quality they have, you prepare. But also with Harry Kane of course you prepare really well.

“Harry’s one of the top strikers in the world and you’re just happy that he’s back fit after the injury he had last year. But we’ll do our best to keep him quiet.

“We have a Harry back there who is looking forward to playing against his international team-mate.”