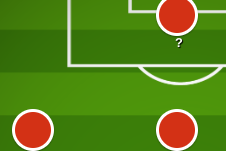 Ole Gunnar Solskjaer has refused to confirm if Sergio Romero will hold onto his place as Manchester United aim to win the Europa League.

Romero has largely been used as United’s cup keeper – and has played the majority of their games in Europe this season.

The Argentine played in the final when United last won the competition in 2017.

But Solskjaer revealed after Wednesday round of 16 tie against LASK that he would call upon his star players for the latter rounds of the tournament.

That places doubt over Romero’s position, with David de Gea among the squad who have travelled to Cologne for Monday’s quarter-final against FC Copenhagen.

Solskjaer said: “This season has shown how important Sergio has been for us and for me David is always, always performing.

“We will see what we do for the rest of the season and going forward. It’s difficult, but it’s a nice problem to have.”

Solskjaer confirmed Brandon Williams would start in the absence of the injured Luke Shaw.

Defensive duo Phil Jones and Axel Tuanzebe have also been ruled out.