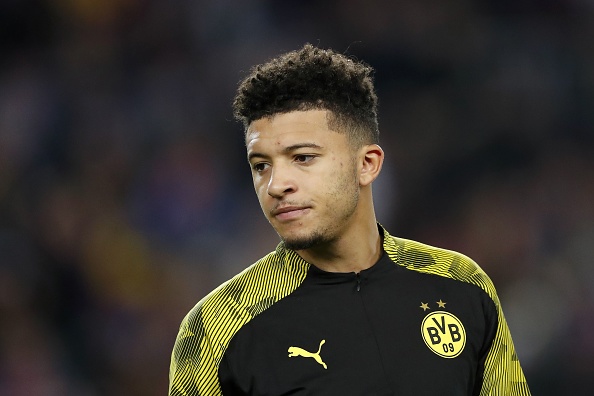 Liverpool have joined Premier League rivals Manchester United and Chelsea in the race to sign Jadon Sancho from Borussia Dortmund, according to reports.

Manchester United and Chelsea were expected to battle it out to sign the England ace this summer but the soon-to-be Premier League champions are also interested in a stunning deal.

Sancho has flourished at Dortmund since signing from Manchester City in 2017, scoring 29 goals in 84 appearances, and become a regular for Gareth Southgate’s England.

Dortmund are preparing for Sancho’s departure but the Daily Mail say they will demand at least £100million to part ways with one of the most highly-rated youngsters in world football.

And it is claimed Liverpool, currently 22 points clear at the top of the Premier League, have informed Borussia Dortmund of their interest in signing Sancho.

Jurgen Klopp managed Dortmund before arriving at Anfield in 2016 and hopes his connections with the German club will give Liverpool the edge in the intense transfer race.

The Reds also hope Sancho’s friendship with England team-mates Trent Alexander-Arnold, Alex Oxlade-Chamberlain and Jordan Henderson can convince the teenager to make the switch to Merseyside.