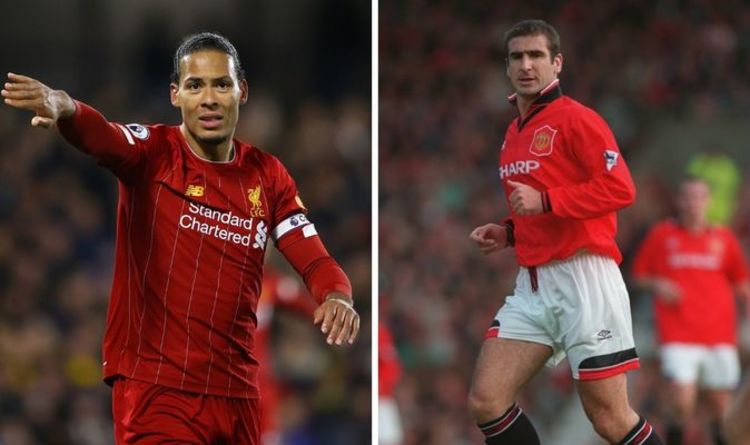 Former Liverpool captain Phil Thompson believes Virgil van Dijk’s impact on the team since his arrival echoes that of Eric Cantona when he joined Manchester United in 1992. Liverpool broke their transfer record to sign Van Dijk from Southampton for £75million in January 2018.

But despite scepticism at his price tag, he has had a transformative impact on the team in his two-and-a-half years at Anfield.

In that time, Liverpool have won the Champions League, the Club World Cup and ended a 30-year wait for a league title.

Van Dijk is widely regarded as the best centre-back in the world and is in line for player of the year honours at the end of the season.

Nearly three decades ago, United pulled off a major coup with their signed Cantona from rivals Leeds.

“Van Dijk, for me, has had the Cantona effect that he had at Manchester United,” Thompson told the Gary Newbon Sport Show.

“That professionalism, will to win, that desire and then they went on to be serial winners. Van Dijk seems to have brought that to a lot of our team.”

“We are looking forward to that. We want to win the match, we know that will be a tough match,” he said after the 2-1 defeat to Arsenal on Wednesday.

“We want to win that to celebrate in the best way because when you lose, you stay a little bit frustrated.

“But nothing will take off the shine we have now, being champions.

“We lost tonight but we’re still champions. We just have to keep going.”