Leeds United will be back in the big time next season after West Brom‘s failure to beat Huddersfield meant Marcelo Bielsa’s side gained automatic promotion.

It has been a 16-year long and often turbulent wait for the club but now they are in the Premier League once more.

Leeds’ slender 1-0 win over Barnsley on Thursday forced the second-placed Baggies to have to pick up three points – and their defeat means the Elland Road side will be rubbing shoulders with the likes of Liverpool and old rivals Manchester United next season. 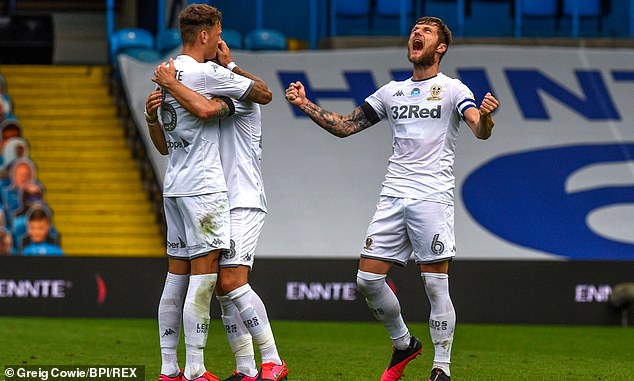 Their play-off semi-final heartbreak last campaign may have left supporters wondering how long it would be until they reached the promised land once again.

But their formidable form across the course of the last 11 months has seen their promotion secured. They have survived the occasional wobble and rightfully deserve to top what has often been described as one of the most difficult leagues in Europe.

Sportsmail’s DANIEL DAVIS will cover all the celebrations as players, staff and fans toast their success…