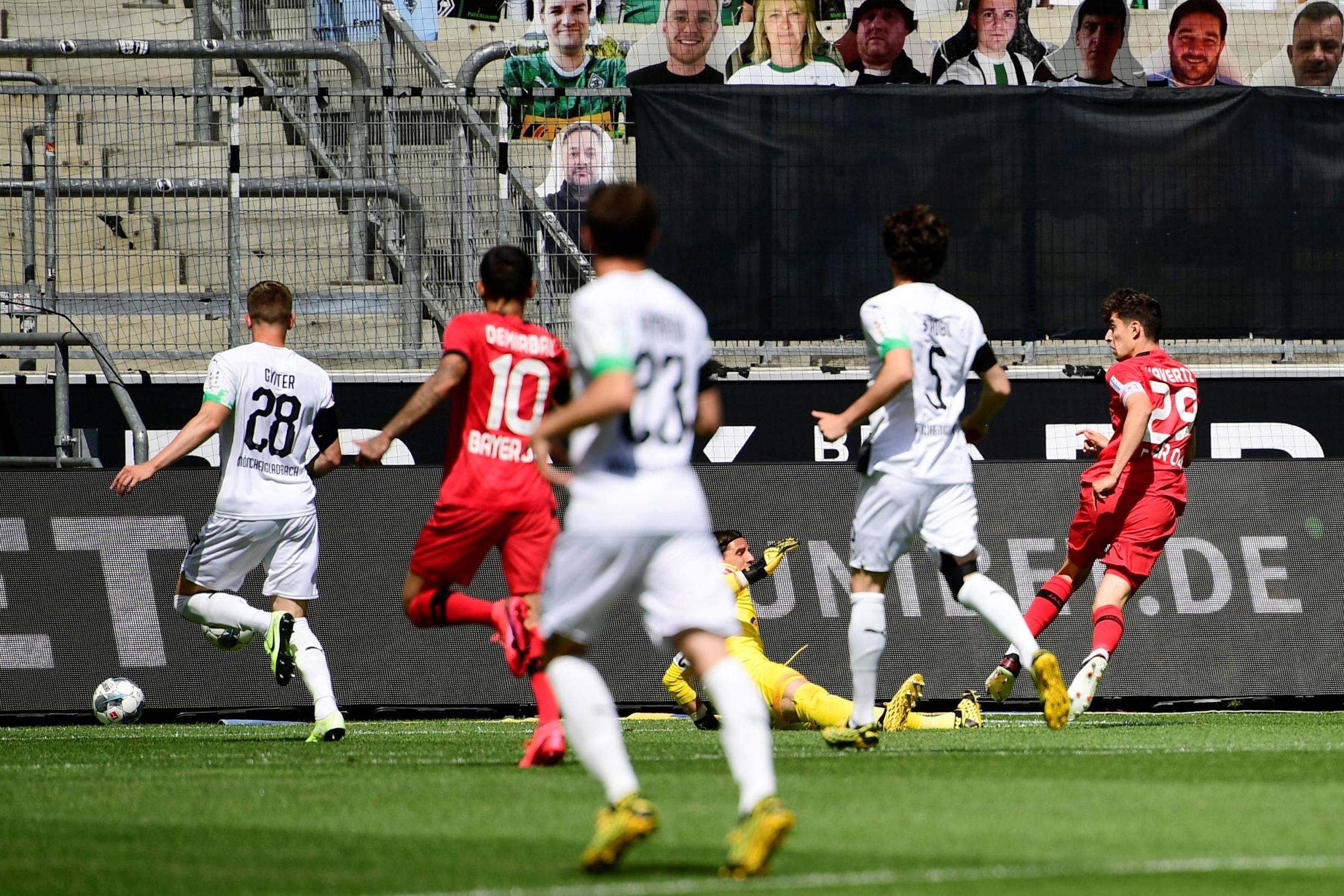 If Kai Havertz is feeling any pressure with the eyes of the world watching, the Bayer Leverkusen star certainly isn’t showing them.

With football fans across the globe tuning in for the return of the Bundesliga over the last two weekend, 20-year-old Havertz – a transfer target for Manchester United and Liverpool – is showing exactly why he is being scouted by at least two top Premier League clubs.

Havertz scored two headers in Leverkusen’s 4-1 win at Werder Bremen on Monday night, and the young forward was at it again on Saturday as he broke through Borussia Monchengladbach’s defence to find the net with a calm finish.

That goal marked Havertz’s third in two games, and his 13th strike of the season to send Leverkusen into half-time 1-0 up.

While Havertz is lighting up the Bundesliga this season, there have been multiple calls for the Germany international to delay a potential move abroad, and to instead continue his development at Leverkusen.

Dimitar Berbatov, who left Leverkusen for Tottenham in 2006, said: “I would like to see Havertz in the Premier League at some point, but not right now. I think it is a bit too early for him, I want to see him play more games, score more goals and get more confidence and maturity.”

Meanwhile, former Bayern Munich and Man United midfielder Owen Hargreaves said last weekend: “All eyes are on Haaland and Sancho, but Kai Havertz is the one from a German perspective.

“He is special and he is like a hybrid of Michael Ballack and Mesut Ozil. That says a lot in terms of his goals and elegance.

“He is a super player and I think many fans will be watching him from England’s top six and thinking that a guy like him is good enough to go to their teams. He could play at Liverpool, Man United or Man City.

Premier League: No positive coronavirus results in latest round of Covid-19 tests