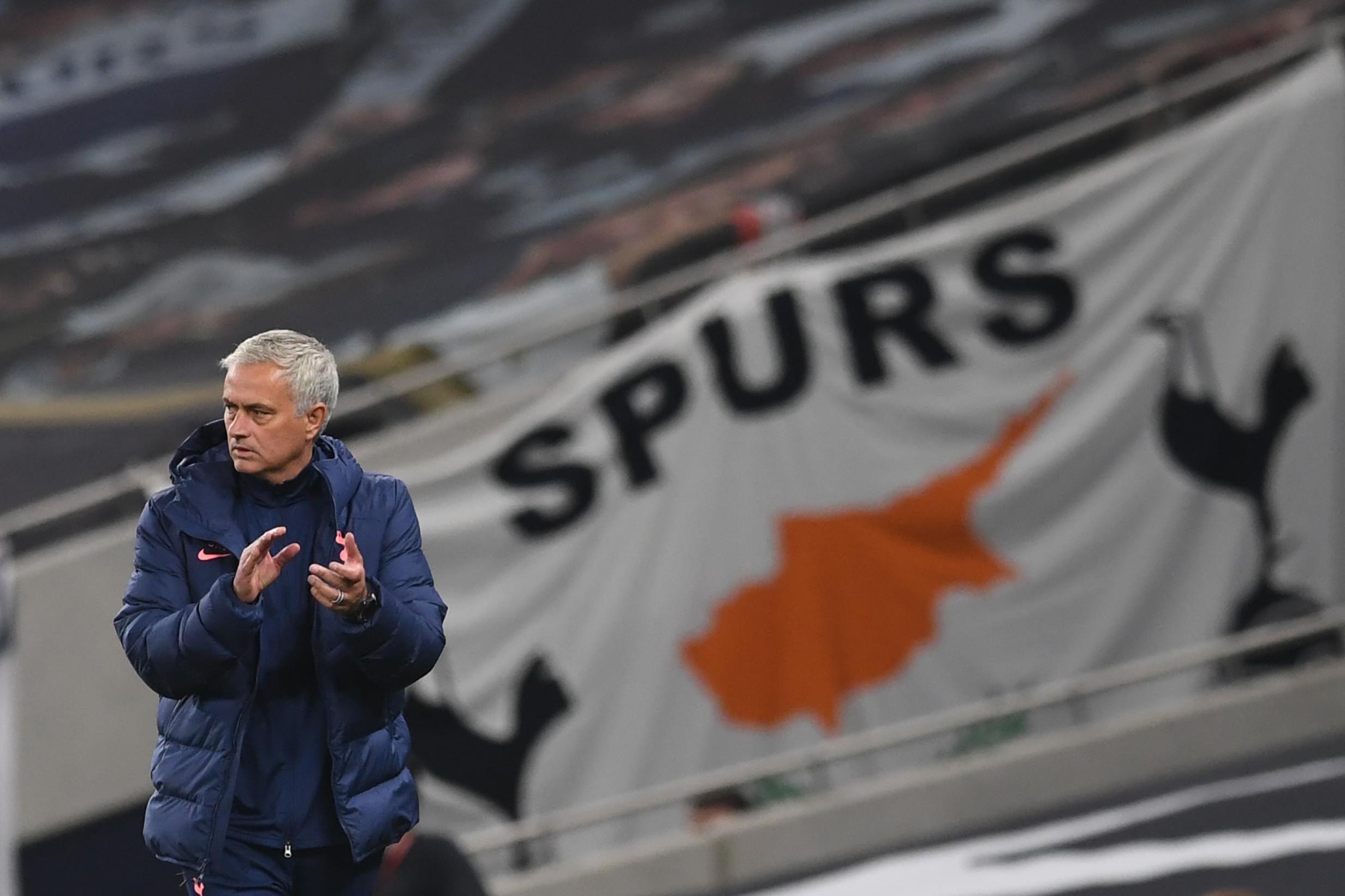 Jose Mourinho says he has no regrets about his time with Manchester United, winning all he could, ahead of his return to Old Trafford with Tottenham on Sunday.

Mourinho won the Europa League and League Cup, and finished runner-up in the Premier League and FA Cup, during two-and-a-half years in charge.

He left later that year after things turned sour in his third season, but the fans gave him a warm reception on his first visit back with Spurs last December.

“I expected that, I never had problems in the club,” he said of the supporters’ reaction. “The fans, they know that I gave everything that I could.

“Internally, lots of friends for life, lots of amazing people that I met in the club. I only have good feelings, feelings that I will have to forget in 90 minutes because for 90 minutes, they want to win, I want to win, that’s football.”

Spurs travel north boosted by the arrival of Benfica striker Carlos Vinicius on Friday night, though it is unlikely he will be involved.

The Brazilian’s arrival adds to an already bloated squad, with close to 30 senior professionals, which Mourinho expects to trim before the transfer window shuts on Monday.

Despite their recent hectic schedule, having to play eight games in 22 days, the likes of Juan Foyth, Ryan Sessegnon, Paulo Gazzaniga, Cameron Carter-Vickers and Danny Rose have not been used at all.

Mourinho has previously said he has too many players and it becomes difficult to manage, so he expects to lose some before Monday night’s deadline.

“For sure, we are not going to keep every player in the squad over normal numbers.

“I like to work normally with a squad of 22 players plus the keepers and we are not going to be far from that number.”

Spurs round off their packed schedule against United and Mourinho knows that plenty more of his squad will be disappointed if they are not involved.

“My job is not to keep them happy. My job is to do the best for the club and to get the best possible results,” Mourinho said.

“But it is certain that I agree that it’s impossible to keep everybody happy when you have so many players because every weekend, every match, some players will not be playing and that’s not good for them especially when they are good players.

“But at the same time, we are a big club, we want to be bigger, we want to play in all the competitions, we have six matches in Europa League group phase playing on a Thursday and we are for sure to get lots of matches at Sunday at 12 o’clock or Sunday 3pm.

“It’s going to be very, very hard so it’s impossible to do it with all the same players and to have a good squad with good numbers is what all the top clubs have.”