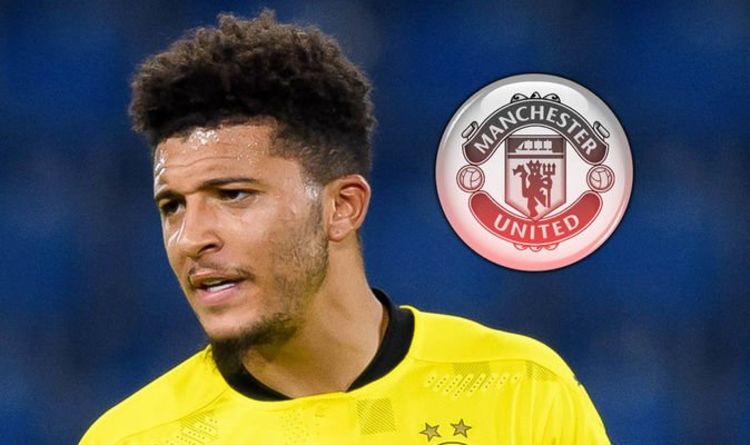 Jadon Sancho to Manchester United remains an ongoing transfer saga. Ed Woodward remains hopeful of landing the Borussia Dortmund star this transfer window, while Gareth Bale’s name has been linked as an alternative. So Express Sport will now bring you all the latest news and gossip coming out of the club.

Woodward is prepared to pay £80million for Sancho.

That’s according to the Daily Star, who say that is still some way off Borussia Dortmund’s asking price.

Dortmund want a fee in the region of £108m to let their prized asset go, whereas United don’t want to shatter any transfer records at a time where the coronavirus crisis is still ongoing.

What ultimately happens remains to be seen.

But with Dortmund repeatedly insisting they won’t let Sancho go without their asking price being met, United have much work to do behind the scenes.

Club ‘out of money’

“Jack Grealish’s contract is great news for Aston Villa, what a signing that is,” he told talkSPORT.

“I thought he was nailed on to go to Manchester United, but it’s quite clear after the Van de Beek deal they’ve run out of money.

“No Gareth Bale, no Jack Grealish, there’s no more money. There will be no Jadon Sancho that’s for sure.

“They’ve run out of money, otherwise it was a no-brainer in my opinion to take that boy [Grealish] to Manchester United.”

Former United star Dimitar Berbatov believes the club should be prioritising a centre-back over Sancho this summer.

“Centre back, for sure, needs to be the priority in my opinion. Who that is going to be and if they are going to buy a player I don’t think we will find out until the end of the window, but that should be the priority, along with right back,” Betfair ambassador Berbatov told Goal.

He then added: “I think Lindelof is good enough but sometimes he makes unnecessary mistakes where he is out of position, and that is not good for the team. That’s why they need someone, not only to push him but also for Maguire as well.

“Even if you are captain and they spent a lot of money on you doesn’t mean you have to play every game and I think he can do even better.

“He has had his ups and downs, he has had some good games and bad games like every player has in their career but obviously and the most important thing is that Ole trusts him and gave him the armband and made him the captain.

“I like him because he’s calm on the ball. He brings the ball out from the back to the midfield, he doesn’t panic when someone is pressing him he is taking chances with some risky passes which you need sometimes.”