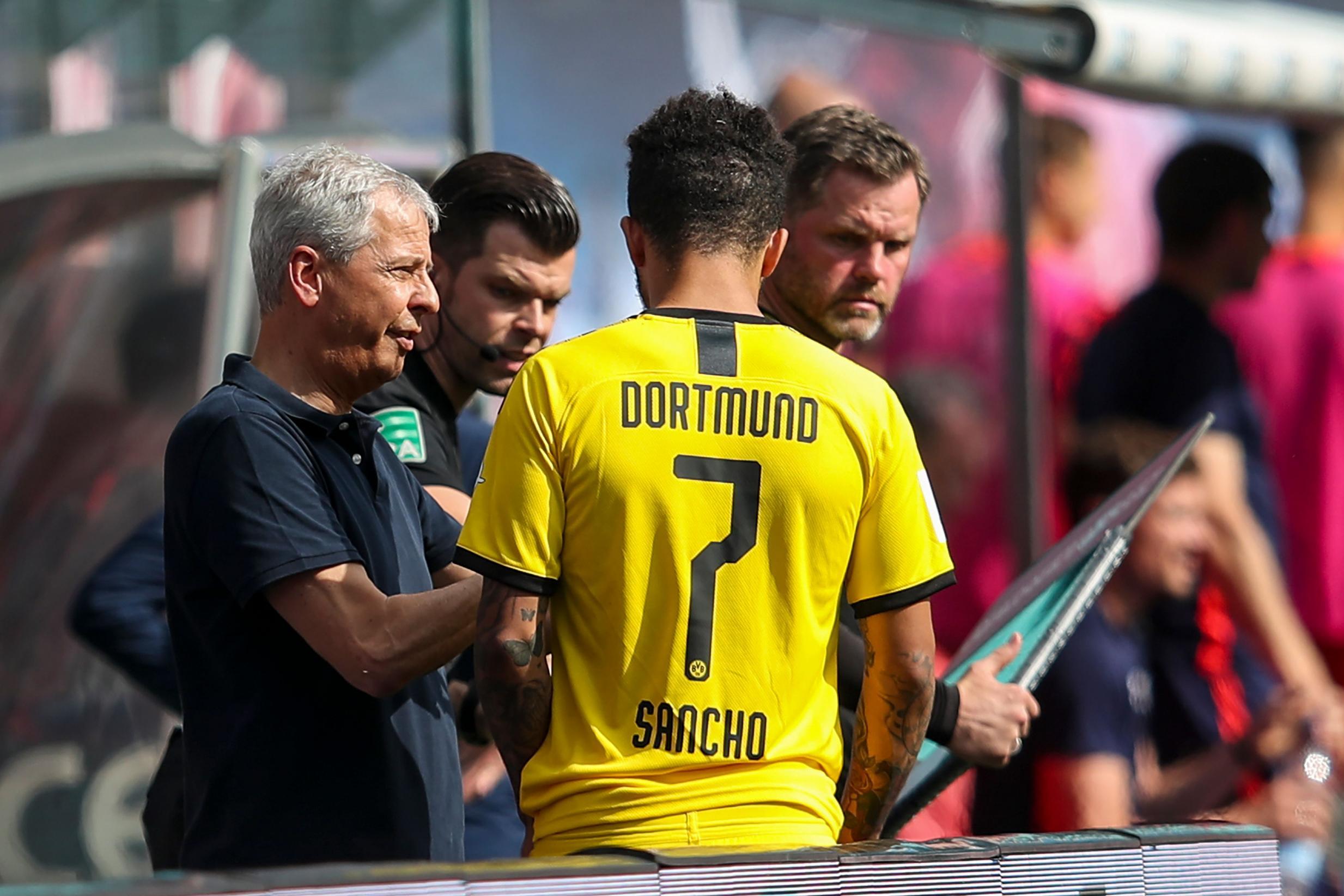 Jadon Sancho should be handed Manchester United’s No.7 shirt if he completes a big-money move from Borussia Dortmund, says Owen Hargreaves.

Man United have been in discussions over a deal to bring their top target to Old Trafford, although Standard Sport understands the two clubs are far apart regarding Dortmund’s £108million asking price.

Despite persistent speculation about negotiations between the two clubs, Dortmund CEO Hans-Joachim Watzke on Wednesday denied that there has been any official contact over a transfer.

But it seems the 20-year-old could be wearing his favourite number in United colours in the near future – just three years after leaving rivals Man City for a new challenge in Germany.

Hargreaves says he hopes that if Sancho completes his move, he should take the iconic No.7 shirt – which has been worn by Old Trafford legends Eric Cantona, David Beckham and Cristiano Ronaldo in recent years.

“I’m looking forward to seeing him [Sancho] in a red shirt,” Hargreaves told BT Sport, before he and former United team-mate Paul Scholes backed Sancho to take the shirt number.

It is set to be vacated by Alexis Sanchez, who will join Inter Milan on Thursday after a nightmare two-and-a-half-year spell in which he scored just five goals in 45 appearances.

Solskjaer confirmed the 31-year-old’s departure following the victory over LASK Linz, adding he “wished him well” in Italy, and Inter boss Antonio Conte hailed the capture of the Chilean forward.

“I think the Alexis Sanchez move is a great one made by the club. Considering the conditions we managed to get Alexis, it was a really good transfer,” he told Sky Sport Italia.

“He had come off two years when he was really struggling at Manchester United, then he got this injury with us and we took the time to get him back on track.

“So it’s only right that we are now able to reap the rewards of that effort.”