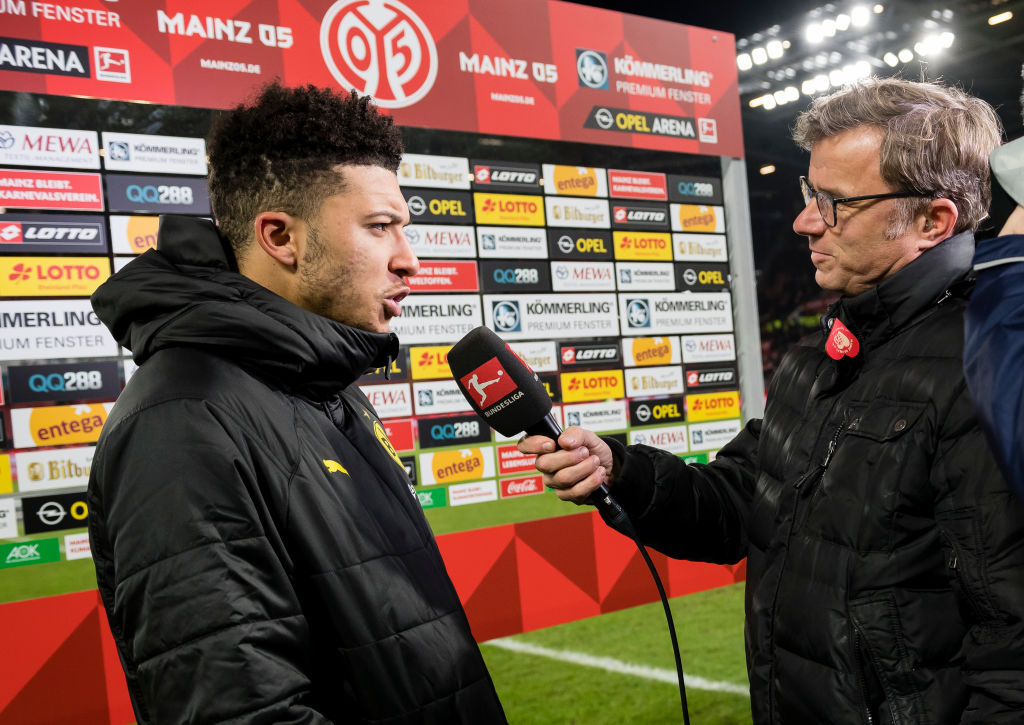 Jadon Sancho is ready to snub Chelsea and Real Madrid to join Manchester United at the end of the season, reports say.

The England star is attracting attention from a number of European clubs and Borussia Dortmund are already preparing for his departure ahead of the summer.

Sancho, 19, has developed into one of the brightest talents in Europe since joining Dortmund from Manchester City in 2017, scoring 29 goals in 84 appearances for the German club.

Manchester United have identified the forward as one of their top summer targets and, according to the Daily Mirror, Sancho wants to join the Red Devils.

Chelsea and Real Madrid have been strongly linked with moves for the teenager but it is claimed Sancho favours a move to Old Trafford.

Manchester United, who are currently eighth in the Premier League, are ready to make Sancho one of their top earners with a contract worth £200,000-a-week.