Jadon Sancho believes he’s back to his best after putting a failed move to Manchester United behind him.

The Borussia Dortmund winger was heavily linked with a move to Old Trafford in the previous transfer window, and the distractions that came with that affected his form in Germany.

He scored just four goals in 24 appearances after a summer transfer window in which United couldn’t meet Dortmund’s £108million asking price for the Englishman, but has now scored three in as many games. 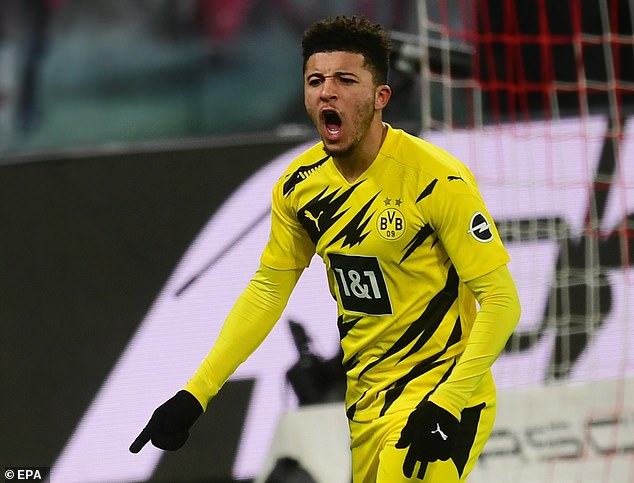 Jadon Sancho is back to form after a difficult period, with three goals in as many games

There’s been an upturn in form for Dortmund too – the side have won their past three matches and they’re now just five points off Bundesliga leaders Bayern Munich in fourth.

‘Obviously this season has been very difficult for me personally,’ Sancho admitted to bundesliga.com after scoring in the side’s 3-1 win at RB Leipzig on Saturday.

‘So I knew when I went away, I just focused on my game and came back raring to go.

‘I’m working hard every day in training and on the pitch so I’m just happy to get my goals and assists.’ 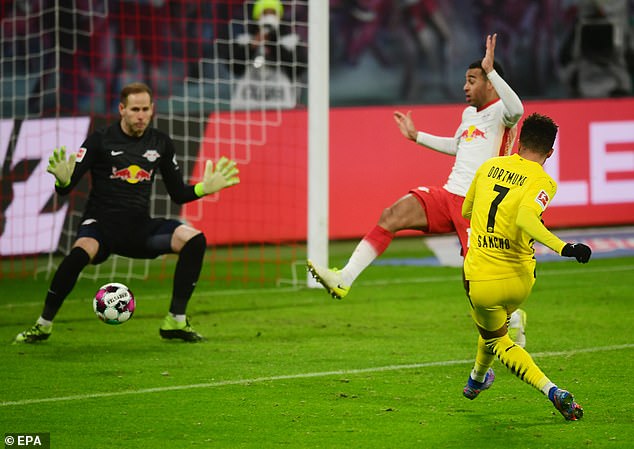 His performances have coincided with new management at the club – Edin Terzic took over after the sacking of Lucien Favre last month.

The interim boss has overseen Sancho’s progress since he was appointed as assistant manager back in 2018, and believes Sancho’s attitude in returning to form has been excellent.

‘We spoke a lot but Jadon was always doing his best in the last weeks and months, but sometimes it’s like that,’ Terzic said.

‘Players are not always performing on this level. He knew that. He stayed hungry and we tried to support him as a team.

‘We tried to support him individually. It worked out well in the last three games. He scored three goals, and now three assists also.

‘He’s in a good way to get into his best form.’

The question now is whether Dortmund can hold on to the 20-year-old if United rekindle their interest in the player in the next transfer window. 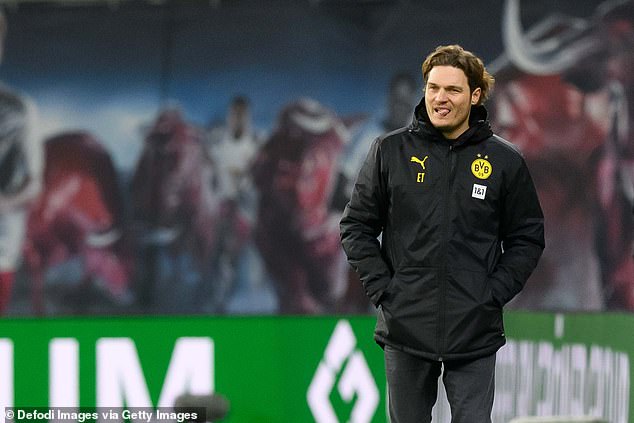