It was business as normal for Jadon Sancho who took part in Borussia Dortmund training on Thursday.

The England international is at the centre of a £108million stand-off between his current club and Manchester United, who are hoping to lure him to Old Trafford this summer.

But the 20-year-old does not seem to be letting the transfer saga affect him with the forward appearing to be in good spirits alongside his Dortmund team-mates. 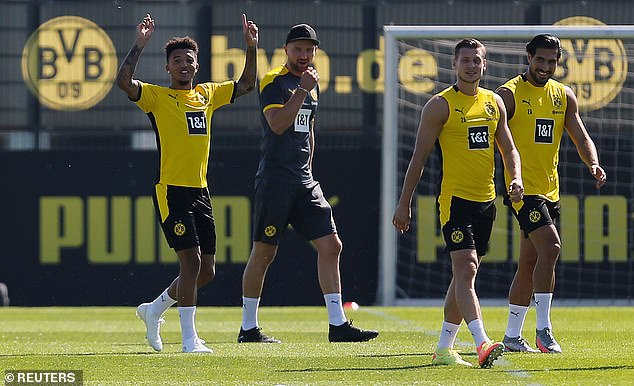 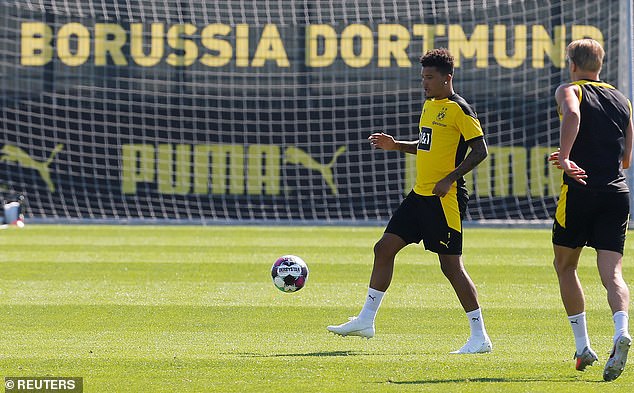 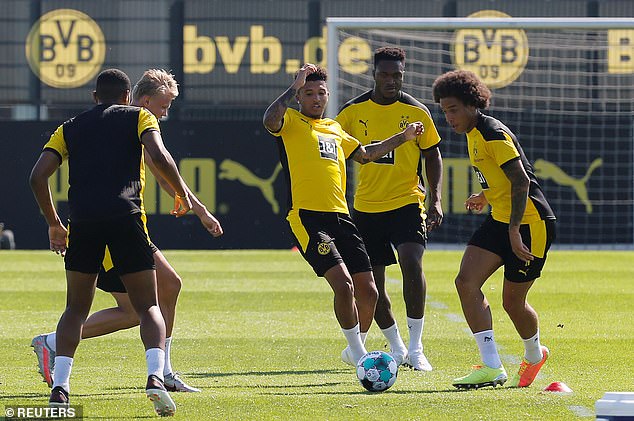 The Bundesliga side are demanding a fee of £108million for their star player but United have threatened to walk away from the deal.

The club believe the German side are being unrealistic, given the impact coronavirus has had on the finances of clubs around Europe.

But Dortmund are determined their forward will not be sold below their valuation and are said to be working with the same agent who masterminded the sales of Ousmane Dembele and Pierre-Emerick Aubameyang. 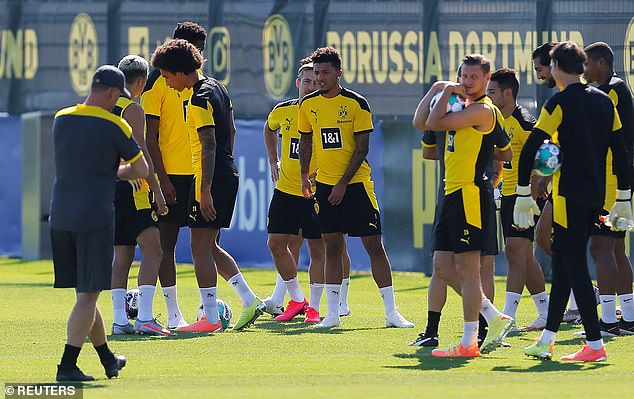 Speaking after his side’s 2-1 victory over LASK in the Europa League, Ole Gunnar Solskjaer admitted there was no update on the situation.

‘I’m not going to speak about individuals that are not our players,’ he said.

‘I’ve got no news, no update. We’ll update you if something happens.’

United have drawn up a list of alternative options – believed to include Bayern Munich’s Kingsley Coman – and will pursue those targets if a deal for Sancho falls through.

Dortmund indicated they wanted any transfer to be completed before August 10, when they are set fly out for their pre-season training camp in Switzerland. 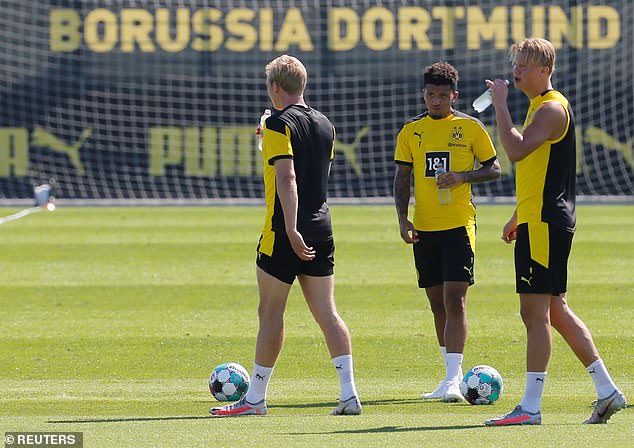