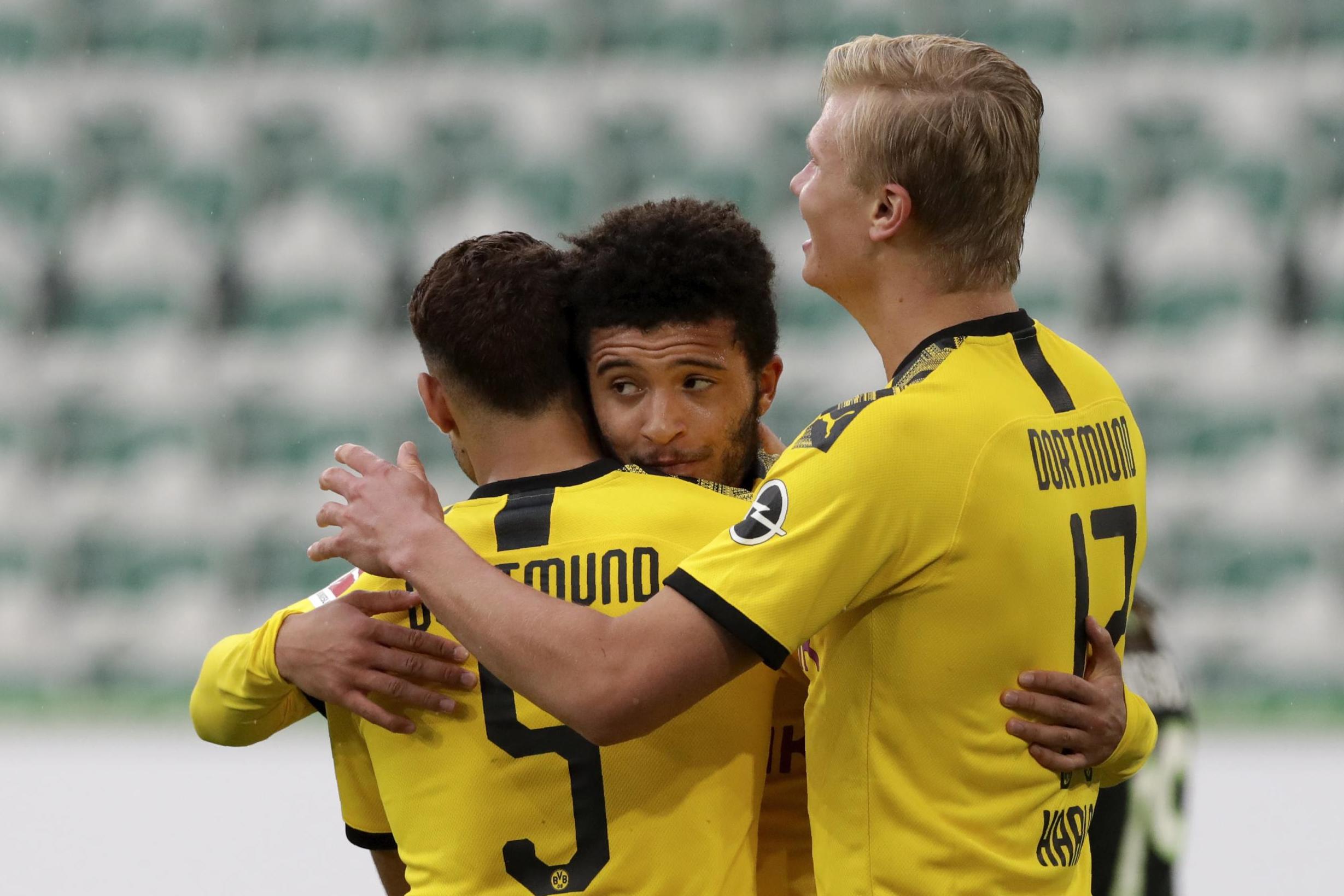 Jadon Sancho was back to his usual self as the Borussia Dortmund star came off the bench to notch an assist at Wolfsburg.

Sancho is a priority transfer target for Manchester United this summer, but has been restricted to bench duty for Dortmund’s first two Bundesliga games back following the restart of the season.

The 20-year-old England international has been carrying slight injury issues ahead of the restart, but came off the bench for a few minutes during Dortmund’s 4-0 Revierderby win over Schalke last Saturday.

Sancho was afforded more time by coach Lucien Favre during this Saturday’s match at Wolfsburg, coming on in the 65th minute with Dortmund a goal to the good thanks to Raphael Guerreiro’s first-half strike.

Sancho had an immediate impact off the bench, drawing a yellow card for John Anthony Brooks: the Dortmund star cheekily nutmegging the Wolfsburg defender before being hacked over as he broke away.

With Wolfsburg pressing in search of an equaliser, they left themselves exposed on the counter – and Sancho exploited that space to get into the box and tee up Achraf Hakimi for Dortmund’s second of the game.

The goal will have been particularly encouraging for United boss Ole Gunnar Solskjaer considering Sancho assisting from the right flank – the position the Red Devils coach wants to play Sancho in should he move to Old Trafford.

That took Sancho’s Bundesliga assist tally to 16 for the 2019/20 season, along with 14 goals to show exactly why Solskjaer wants him.