Alexis Sanchez has finally been unveiled as an official Inter Milan player after ending his nightmare stay in the Premier League with Manchester United.

The 31-year-old Chilean forward spent the 2019-20 campaign on loan at Inter, but that move has now been made permanent after sealing a free transfer – which was announced by the club on Thursday morning.

Sanchez has signed a three-year deal with Inter and will take a substantial pay cut that will see him earn £130,000-a-week after tax in Milan. 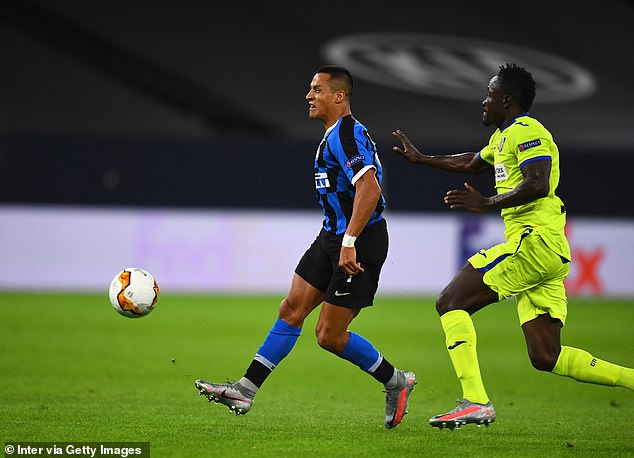 United also announced Sanchez’s departure on Thursday on their website, insisting everyone at the club wishes him ‘all the best in his future career’.

United have decided to rip up the final two years of Sanchez’s contract at Old Trafford, where he had been handed the most lucrative contract in the Premier League.

The former Arsenal and Barcelona star also pocketed an additional £1.1million each year as part of his signing-on fee and £75,000 for every start at Old Trafford.

It will come as a huge relief to both Ole Gunnar Solskjaer and Sanchez, who is now looking to get his career back on track after his rapid decline over the past couple of seasons.

After shining at Arsenal where he proved to be one of the most deadly forwards in football, Sanchez’s ill-fated United career saw him score just five goals and create nine assists in 45 matches. 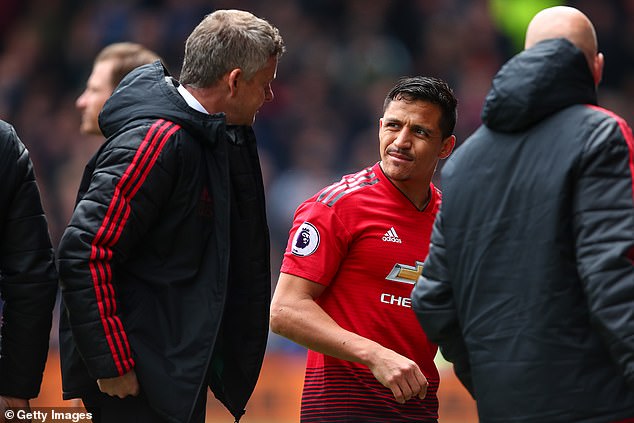 United have been desperate to get him off their books as they go in search of much younger targets, including Jadon Sancho – with whom they are hoping to seal a spectacular £108million deal.

It’s understood Sanchez’s new deal at Inter is close to the £300,000-a-week basic he earned at United, but the higher rate of tax in Italy means that he will take home less than half of that.

After struggling initially in Milan, in which he was forced to undergo ankle surgery early on during his loan spell, Sanchez has started to rediscover his best form under Antonio Conte.

Sanchez netted four times and produced nine assists for his Inter team-mates in 22 matches in Serie A during the 2019-20 campaign. 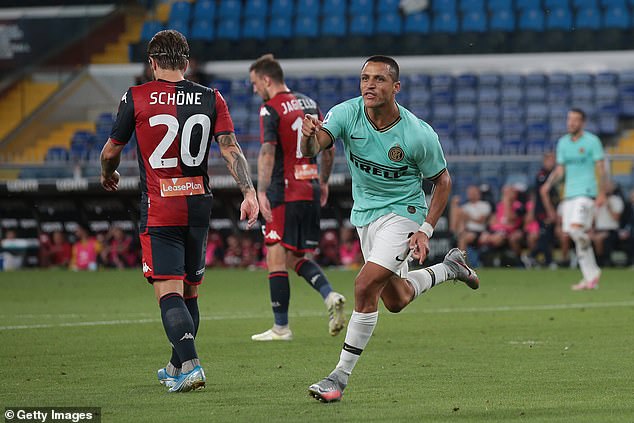 Speaking ahead of Thursday’s official announcement, Conte admitted it had been a long process to see Sanchez get back into sharp form, but Inter are now seeing the fruits of their labour.

‘I think the Alexis Sanchez move is a great one made by the club. Considering the conditions we managed to get Alexis, it was a really good transfer,’ Conte told Sky Sport Italia on Wednesday evening, in the aftermath of Inter’s 2-0 Europa League victory over Getafe.

‘He had come off two years when he was really struggling at Manchester United, then he got this injury with us and we took the time to get him back on track, so it’s only right that we are now able to reap the rewards of that effort,’ he added.