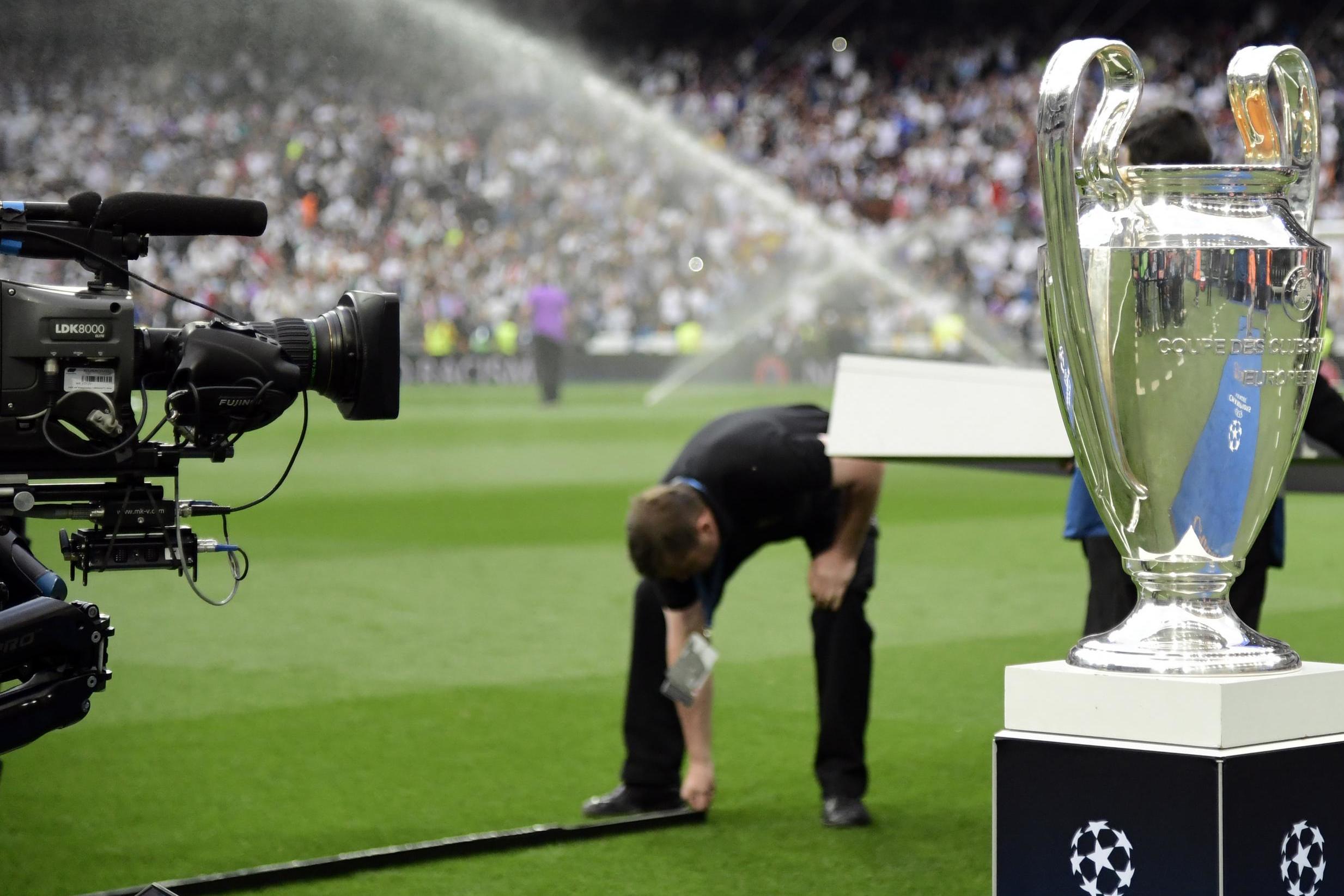 Defending champions Bayern Munich’s six titles are among 47 held by this year’s lineup for the 66th edition of the European Cup, while Real Madrid lead the way with 13 titles.

Four Premier League sides – Liverpool, Chelsea, Manchester United and Man City – will be out for glory in 2020/21, but must first navigate what could be a tricky group stage.

The top-seeded teams in each of eight groups are the Champions League and Europa League title holders —- Bayern and Sevilla, respectively — plus league winners of the highest-ranked countries. They are: Real Madrid, Liverpool, Juventus, Paris Saint-Germain, Zenit St. Petersburg and Porto.

It means Juventus and Cristiano Ronaldo can be drawn in a four-team group with second-seeded Barcelona and Lionel Messi.

As 32 teams from 15 countries await their fate, here’s how you can follow all the action today…

The Champions League draw will take place in Nyon, Switzerland, with the ceremony getting underway at 4pm BST.

TV channel: BT will broadcast the draw through BT Sport 1, with their coverage beginning from 3:45pm.

Live stream: The draw will be streamed live via Uefa’s official website.

BT Sport subscribers will be able to stream the draw online via the video player and the BT Sport app.

Standard Sport has dedicated coverage of the draw via our LIVE blog, with all the latest build-up right now along with confirmed groups later on.