The journey usually starts on a bare patch of ground, as children kick up dust and celebrate under the shadows of trees. Sometimes it starts on school fields or makeshift pitches, thousands of African youngsters, chasing balls and dreams of fortune and superstardom.

Dreams they have been sold — and ones their families have bought. Promises of trials at huge clubs, at Real Madrid and AC Milan, Paris Saint-Germain and Manchester United, made by men who claim to be agents with contacts across the sea.

That journey rarely ends at Old Trafford. There are no trials. There is no chance of stardom. Families who have paid all they have to put their hopes in the hands of charlatans see their children left abandoned. It is estimated that 15,000 teenage footballers are shipped out of West African countries every year. 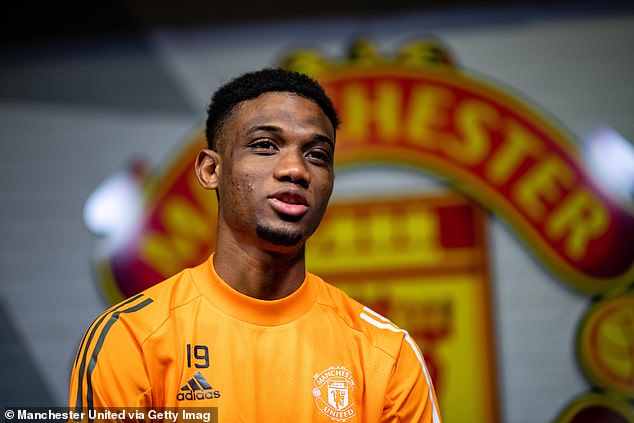 Amad Diallo is one of the few who has made it. Born in Abidjan in the Ivory Coast, the 18-year-old has become the latest arrival at Manchester United, signed from Serie A side Atalanta for what could rise to £37million.

He has impressed everyone who has seen him. Three goals in two games for United’s Under 23s before Ole Gunnar Solskjaer fast-tracked him to the bench for the FA Cup. His journey is an incredible one. But even that has come at a cost.

Last week, Diallo was fined £42,000 by the Italian FA after an investigation into allegations he used false documents and fake parents to secure entry into the country and then sign for two clubs: Boca Barco in 2015, then Atalanta three years later.

On its own, such a punishment appears to latch blame to Diallo. Look underneath, however, and while Diallo may have found the bright lights and fortune of a move to Old Trafford, his journey there has left him no more than a pawn in a wider, deeper and much darker part of football.

Five adults have been accused of smuggling Diallo, his brother Hamed and three other young African footballers into Italy on a family visa six years ago. They face accusations of crimes of forgery and aiding and abetting illegal immigration. Two of them claimed to be the brothers’ parents, allowing the boys to enter through that country’s ‘family reunification’ system. 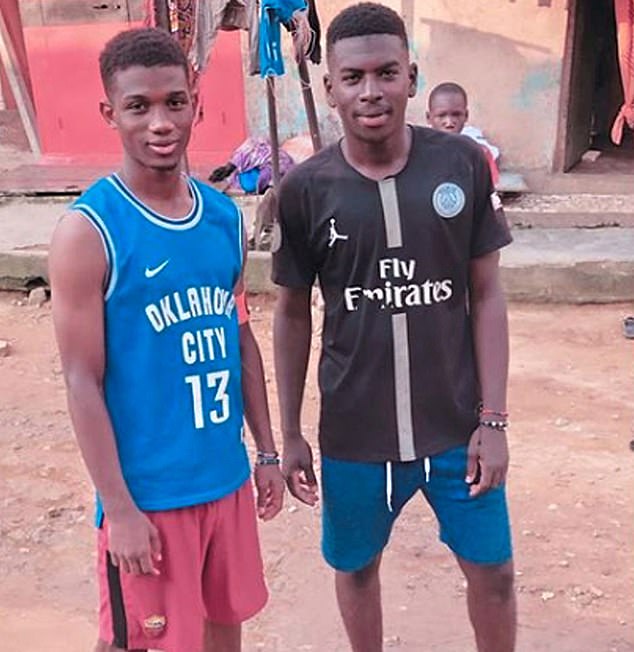 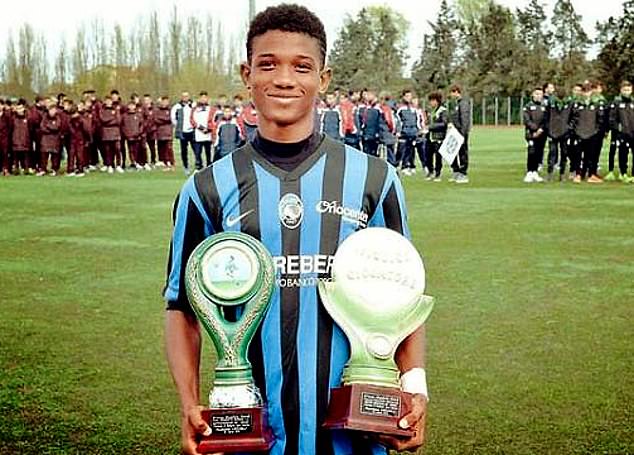 Diallo made the switch to Atalanta in 2018, and he eventually went on to play for the first-team

Hamed Mamadou Traore, the founder of the Abidjan team in the Ivory Coast, acted as the fake father to Diallo while his wife Marina Edwige Teher took the part of his mum.

Her sister Larissa Ghislaine Teher and respective husband Zadi Gildas Abou claimed to be parents of Diallo’s ‘cousins’. One plays for Lecce and another represents a club in Serie D. Finally, Bly Blaise Tehe, who is married to an Italian citizen, had the fifth fake son.

Investigators have told The Mail on Sunday that DNA tests proved Diallo and his brother were not related to the supposed parents, who could face up to 15 years in prison.

It has been alleged that Amad Diallo Traore is not his real name. He dropped Traore, the surname of his ‘fake’ father, on his 18th birthday. He will only have Amad on his United shirt. Hamed may not even be his brother.

‘We did DNA tests on Amad and most of the other footballers and they were not related to the supposed parents but Amad anyway has admitted they are not his parents,’ one of the investigators told The Mail on Sunday.

‘Because of the false documents and fraud the crime is punishable by up to 15 years prison, although we won’t be pushing for that much. The investigation is nearly closed, then the judge will decide whether to order a trial. Amad and his brother are not accused of any crime as they were minors.’ 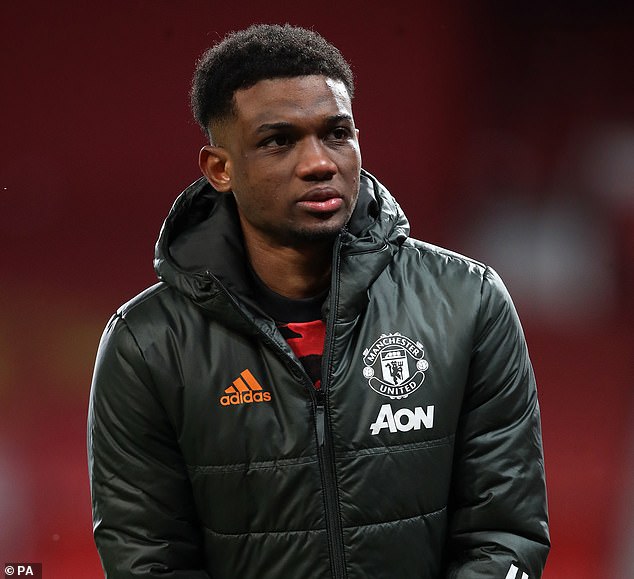 Last week Diallo was fined £42,000 by the Italian FA after an investigation into allegations he had used false documents and fake parents to secure entry into the country

It is a little surprising, then, that the Italian FA (FIGC) chose to fine him after he and his brother made a plea bargain to avoid a ban.

He was 12 when he joined Boca Barco, even younger when he arrived in Italy. He would have had no say in the matter. FIGC did not respond when asked to explain their decision. 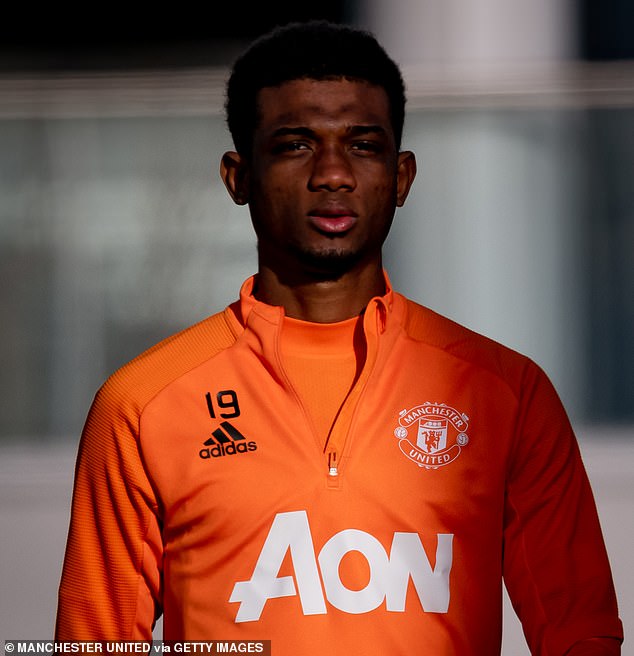 Five adults have been accused of smuggling Diallo, his brother Hamed, and three other young African footballers into Italy on a family visa six years ago

The investigation only began after agent and talent scout Giovanni Damiano Drago gave information to police following his own arrest in 2017 for smuggling five other players into the country as part of ‘Operation Baby Elephant’.

Two of those players went on to play for the Abidjan club run by Diallo’s fake father.

Drago made a plea bargain, which left him with a suspended sentence of one year and 10 months. Drago is also believed to have links to the mafia. He was arrested as part of a police operation into the ’Ndrangheta syndicate and faced questions over ordering the beating of someone who owed him money. The ’Ndrangheta was part of notorious crime in which a baby was kidnapped and murdered in Parma.

Diallo was just a piece in it all. While the bright lights of Old Trafford await him now, it was a tiny amateur club called Boca Barco that he joined first.

‘We didn’t discover Amad, but rather he just came to us,’ his youth coach at the club, Denis Cerlini, told the BBC. 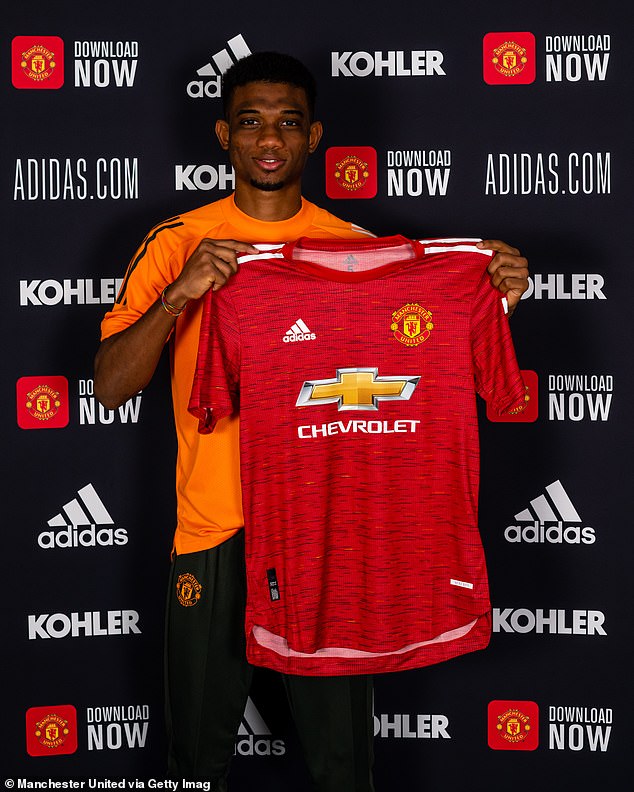 As luck would have it, Diallo impressed everyone. ‘From the very first moment it was evident the kid was special,’ recalled Cerlini. Former Italy goalkeeper Giovanni Galli would later witness the player in action after a friend asked him to take a look at the brothers. He liked what he saw and soon Diallo was on the move to Atalanta.

Marina, who acted as Diallo’s mum, is also an employee of Atalanta. The Serie A side say they are unaware of any wrong-doing.

Diallo made only four Serie A appearances before United snapped him up on deadline day.

United declined to comment on the matter but it is understood they were aware of the investigation, remaining confident that it lso would not affect his ability to play for the first team.

It is also understood they find it surprising that he was fined for something he had no say in when he was aged 10-12. If the news of Diallo’s fine does anything, it is hopefully to turn the spotlight on to one of football’s biggest scandals. 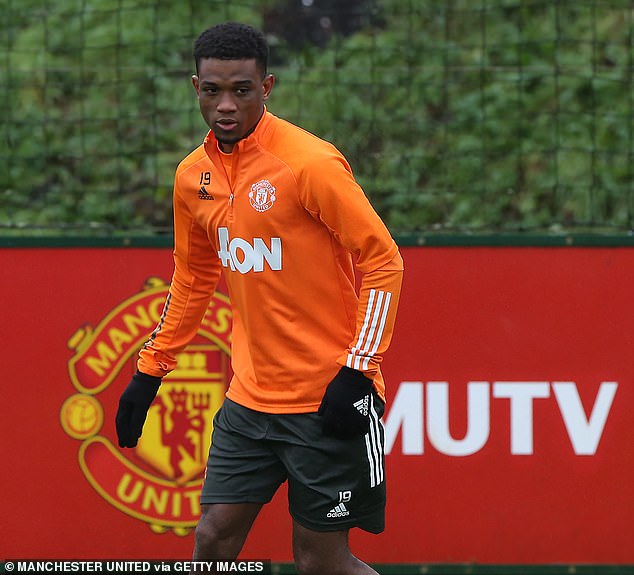 Hamed Mamadou Traore, the founder of the Abidjan team in the Ivory Coast, acted as a fake father to Diallo

Diallo is one of the lucky ones. Even though he was smuggled into the country, his journey was still much smoother than many who share a similar start.

‘It wasn’t exactly human trafficking as they (Amad and his brother) were aware of it and had a reasonable life with their fake parents,’ the investigators told The Mail on Sunday.

This is the exception. Foot Solitaire, a charity set up to counter football trafficking, estimate that around 15,000 young Africans are trafficked to Europe every year.

Men claiming to be well- connected football agents, usually unsuccessful former footballers, demand fees of up to £6,500 from families who believe the only way out of poverty is for their child to make it as a football superstar. 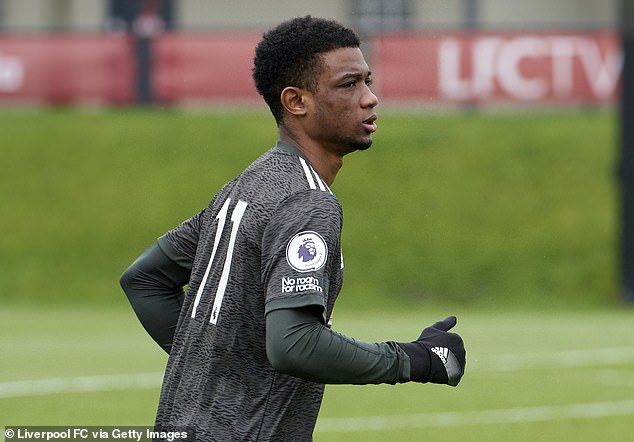 It’s estimated 15,000 teenage footballers are shipped out of West African countries every year

When the youngsters arrive in Europe, there is no trial. There is no accommodation. The agent abandons the child and moves on to the next vulnerable target.

Sources in the Ivory Coast and at the International Organisation for Migration say some are left so desperate they take to the sea in makeshift boats. Many never make it to their destination.

‘Football trafficking is a finely-tuned business,’ said Ed Hawkins, author of The Lost Boys: Inside Football’s Slave Trade. ‘Everyone knows their role: agents intent on circumnavigating transfer rules, the criminal underworld providing documents for underage players, young dreamers desperate for riches, administrators who look the other way and the clubs who want the next big star.

‘They are all cajoled by football’s obsession with money. The capacity for greed stamps a player’s passport, real or fake.

‘Thousands of boys have been lured to Europe on the premise of trials with clubs. Unfortunately, when they arrive in Europe there is no trial and the ‘football agent’ they pinned their hopes on is, in reality, a human trafficker. They end up in drugs gangs, slave labour or prostitution.’

They certainly don’t end up at Manchester United. Diallo has got there. Thousands are left behind.