Harry Maguire fumed that Manchester United are being treated more harshly by referees since Jurgen Klopp’s penalty rant in January, after claiming he was denied a ‘certain’ spot-kick against West Brom.

United were held to a frustrating 1-1 draw against relegation-threatened Baggies on Sunday afternoon, dropping vital points in the title race.

The Old Trafford outfit were awarded a second-half penalty when Maguire went down under Semi Ajayi’s challenge, only for it to be wiped away following VAR’s review. 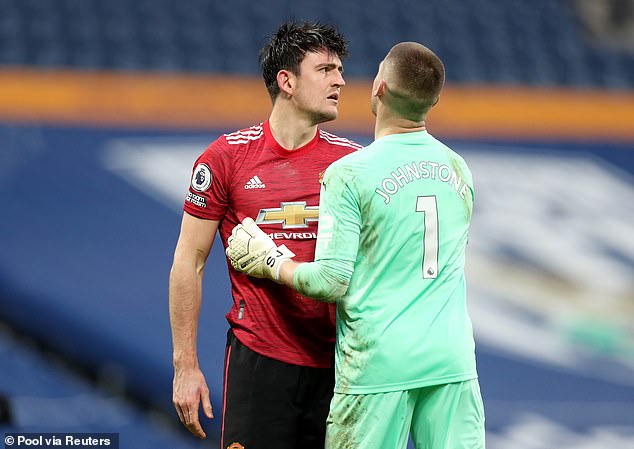 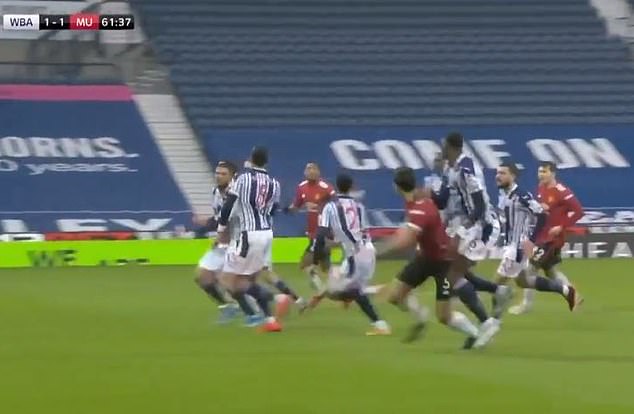 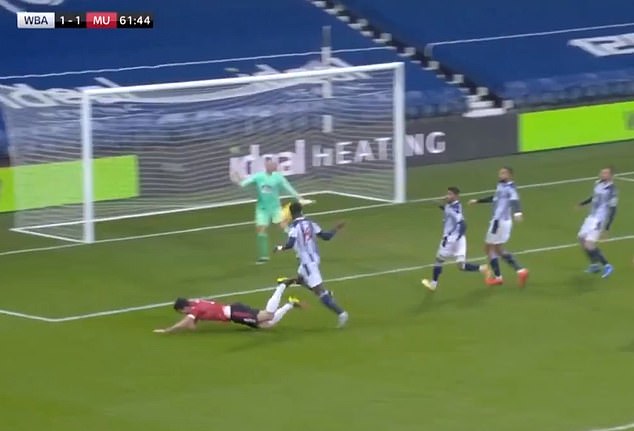 ‘Ever since people from other teams have spoken about us we’ve had nothing, absolutely nothing,’ Maguire told MUTV.

The Englishman was referencing a heated interview given by Klopp after Liverpool’s 1-0 defeat to Southampton back in January, when the Reds boss was adamant Sadio Mane should have been awarded a penalty.

‘I hear now that Man United had more penalties in two years than I had in five-and-a-half years. I’ve no idea if that’s my fault, or how that can happen,’ the German complained. Whether Klopp’s words have had influence or not, there was no spot-kick to save them from a costly draw at the Hawthorns.

After Bruno Fernandes‘ spectacular first-half equaliser, United were chasing a winner in the second-half. In the 61st minute, the Portuguese maestro whipped-in a dangerous free-kick, aiming for Maguire at the back-post.

The centre back hit the deck under pressure from Ajayi, and referee Craig Pawson pointed to the spot. VAR then called the referee over to the monitor.

Replays showed Maguire was offside – and should have reversed the decision on that basis – but failed to even check if the Englishman was beyond the last defender. Pawson still cancelled the penalty, leaving Maguire baffled.

‘I was so certain it was a penalty,’ the United captain told Sky Sports.

‘I don’t understand why he’s been sent to the monitor to check it. I’m goal-side of the defender and I feel a touch on my shoulder, he’s pulling me back and there’s a clip on my heels. Maguire was slammed by Graeme Souness, who insisted the penalty should not have stood

‘It’s minimal but it’s a penalty. When he points to the spot you think there’s no chance he overturns it. There are decisions going against us, but we need to do more to win the game.

‘We can’t be reliant on VAR decisions. We huffed and puffed and have to improve.’

Graeme Souness saw the incident differently, laying into Maguire while on punditry duty.

‘It’s clearly offside, and he goes to ground like he’s been hit by a baseball bat – diving,’ the Scotsman said.

‘He said he thinks it’s a penalty, that’s not enough to bring him down. That’s throwing himself to the ground.’