Gary Neville has lifted the lid on his integration into the Manchester United dressing room and the ‘brutal’ treatment from Peter Schmeichel which toughened him up.

The former England defender broke into Sir Alex Ferguson’s first team at United after rising through the club’s academy as part of the famed Class of ’92.

Neville credits the number of leaders in the squad with helping him develop the right mentality to play for the club, but admits that it was not always an easy transition. 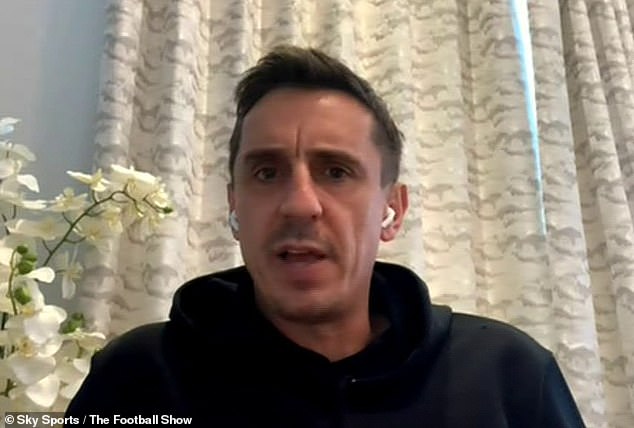 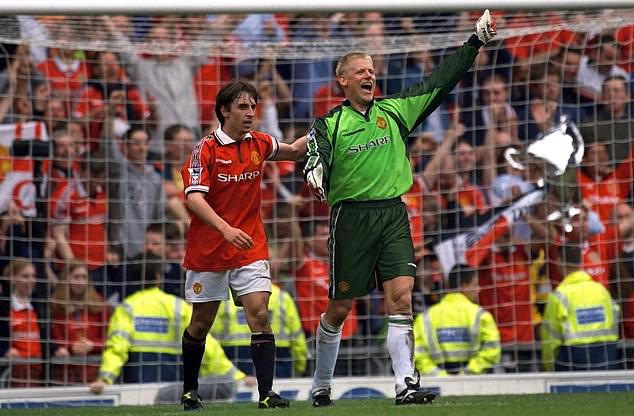 The right back was only 17 when he made his debut against Torpedo Moscow in the UEFA Cup in 1992, and one of his team-mates had serious doubts over his ability.

‘The one that was hardest with me was Peter Schmeichel, he was brutal with me in that first year or two,’ Neville told Sky Sports’ The Football Show.

‘Schmeichel was constant, every single day in training at me.

‘He told me on the team day out, he didn’t think I was capable of replacing Paul Parker, nowhere near as good as Parker. It was maybe true as Parker was a very good defender.

‘That back four of [Denis] Irwin, [Steve] Bruce, [Gary] Pallister and Parker had played two or three years and kept clean sheets. I was the first player to break into it.

‘Schmeichel saw me as a risk and I was a risk in some ways. I didn’t see it as tough love at the time, I saw it as being brutal but it did toughen me up eventually.

‘I realised the team wanted to win.’

Neville eventually replaced Parker as United’s first-choice right back during the 1994-95 season, but not before he had been taught a lesson or two by Bruce.

‘The one who helped me the most in that first year or two was Steve Bruce.

‘He played on the right hand side of the defence, I was right back when Paul Parker was injured. Parker was a brilliant defender but unfortunately he had an ankle problem so I got a chance.

‘Brucey really looked after me on that right hand side, he talked to me through the game. He never went quiet on me.

‘That is one of the things he taught me about being a footballer, being a defender. Rio Ferdinand was like that as well. He used to say: “Never go quiet on me, we never went quiet on each other during the game”.

‘Bruce taught me that during those early years. He had a great manner about him off the pitch as well so he was the one who had the biggest influence on me.

‘Some days it was hard. I remember coming off once at Leeds at half time and he [Bruce] ripped me to shreds and I was thinking “what’s going on here?”.’