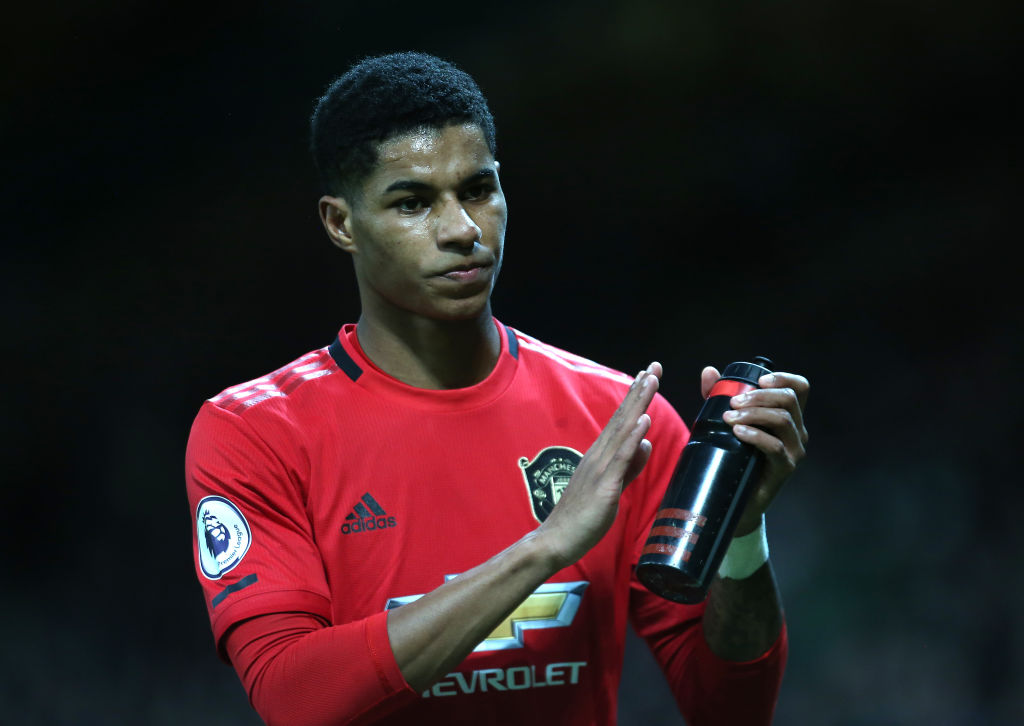 Rashford and Raiola, the super-agent who represents United team-mates Paul Pogba and Jesse Lingard, had a meeting earlier this year with a view to working together.

The news came as a shock to those within the club, who have been on the receiving end of a barrage of criticism from the Italian-Dutch agent, who said he would not let any of his players moved to Old Trafford.

‘They’d also ruin [Diego] Maradona, Pele and [Paolo] Maldini. Paul needs a team and club like the Juventus team he played in.’

The idea of Rashford – who has been linked with a move to Spanish giants Real Madrid and Barcelona – teaming up with United will not have gone down well with those inside the club and Meulensteen, who worked as Sir Alex Ferguson’s assistant manager, expressed his surprise at Rashford considering a link-up with the super-agent.

‘It’s really strange to me,’ Meulensteen told TalkSport. ‘Sometimes these agents get far too much control, but that’s just how the system works, unfortunately.

‘It’s crazy and it causes problems for managers. I think a club the size of Manchester United should be able to look after that themselves.

‘Pogba was already with him, but now Lingard is going and Rashford… it’s not a good development in my opinion.

‘His way is Raiola first and then the player, and not the interest of the club.’