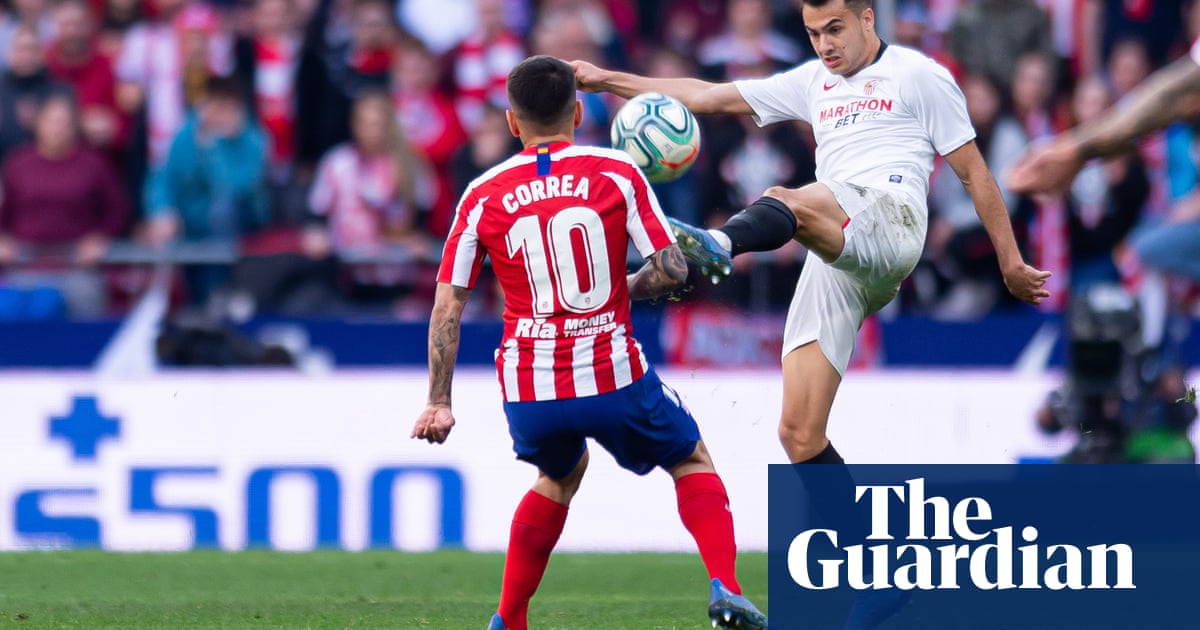 Pierre-Emerick Aubameyang’s heroics at Wembley have convinced Frank Lampard’s Chelsea that they need a defensive clear-out. Kurt Zouma, Andreas Christensen, Emerson Palmieri, Marcos Alonso are for the out, as is keeper Kepa Arrizabalaga, who cost so much he will have to be loaned out. N’Golo Kanté is also being considered for sale as Frank looks to sign Declan Rice from West Ham and Atlético’s José Giménez.

Manchester United in advanced talks with Dortmund over £90m Sancho

Ben Chilwell is an option for left-back but Chelsea may have to make him the most expensive ever English defender to land him from Leicester. Real Madrid’s 23-year-old Spanish left-back Sergio Reguilón, who is available at a mere £18m, rather less than the £80m Chilwell might cost.

Arsenal are set to be imminent movers in the market, what with the expected capture of Willian, and then the addition of Philippe Coutinho to the club’s phalanx of willowy playmakers. Remember, fact fans, that Coutinho is actually still a Barcelona player. Thomas Partey, Atlético Madrid’s midfield tyro, will be another expensive addition for the FA Cup winners, though is a £45m release fee expensive these days?

Another Barcelona asset to be cashed in might well be Ousmane Dembélé, and the talk in France is that he might be key to keeping Aubameyang on the books at the Emirates. The two are good pals from their days together at Dortmund.

Jadon Sancho – who else? – leads Tuesday’s paper of transfer transactions, as he has done for many a moon. Manchester United’s getting shut of Alexis Sánchez and his £55m contract has eased the passage, it seems, in what looks like unusually slick business for Ed Woodward.

Word of warning for Ed, not known as someone who is known for getting stuff done quickly when a long-running transfer saga is the alternative: Borussia Dortmund have set a time-limit of 10 August to agree a fee that is going to be north of £100m – with £108m set as the highest estimate. What happens if that deadline is not met is anyone’s guess, though smart money must be on, well, another long-running transfer saga. The suggestion is that United can pay in instalments.

That will leave United’s other long-term target, Jack Grealish, hanging for a while but the word is that United will move for Aston Villa’s captain later in the transfer window, perhaps just to make sure they are involved in another long-running transfer saga.

Were United to fail in landing either of those, then an old flame has come back on the market. It appears Wilfried Zaha and Crystal Palace are finally to part, and he will be available for a mere £30m. That could pique the interest of United, Chelsea or even Everton.

Ben Godfrey, impressive despite being a fully paid-up member of Norwich’s leaky defence, looks set for a continental move this summer with Bayer Leverkusen and AC Milan both interested.

And finally, one that won’t now come off: Cristiano Ronaldo has tinkered with the idea of joining PSG but has decided to stay at Juventus.