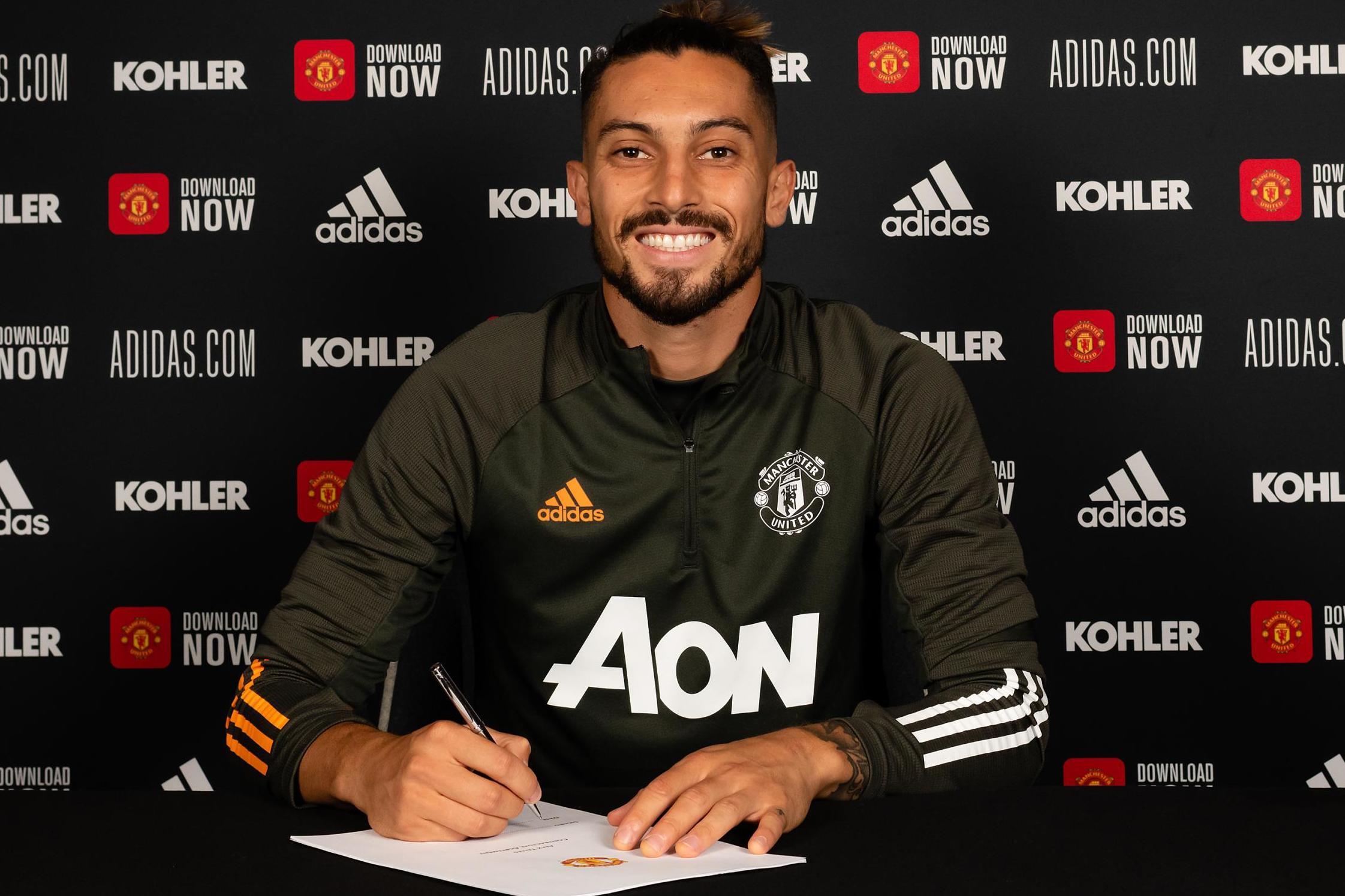 Manchester United have released their first image of Alex Telles signing on the dotted line at Old Trafford.

The Brazilian full-back became only Ole Gunnar Solskjaer’s second signing of a frustrating summer transfer window earlier on Deadline Day in a deal worth £13.6million.

Telles was first scouted by United back in 2014 and has now signed a four-year contract at Old Trafford that includes the option for a further 12 months.

United are still hoping to do plenty more business before the 11pm BST international transfer deadline on Monday night, with young wingers Amad Traore – who would arrive in January – and Facundo Pellistri the focus of their attentions, while they also have not given up hope of landing Borussia Dortmund’s Jadon Sancho amid respective negotiations with Barcelona and Watford over Ousmane Dembele and Ismaila Sarr.

Left-back Telles will help to bolster an oft-criticised defensive unit that were embarrassed in a 6-1 thrashing at home by Tottenham on Sunday and have already conceded 11 goals in just three Premier League matches so far this season, losing twice.

Telles appeared delighted to complete his move in a first picture released on Monday evening that shows the 27-year-old posing with a pen and contract in United training apparel.

“To join a club with the prestige of Manchester United is a huge honour,” the former Galatasaray defender said in his first comments to manutd.com.

“You have to work hard to get to this moment in your career and now I am coming to this club, I can promise that I will give everything in my heart to be a success here.

“I won many trophies at FC Porto and I want to continue that at United. The manager has a clear plan and direction for this team and I can’t wait to pull on the famous shirt.”