Former Manchester United winger Nani scored a brilliant brace as Orlando City claimed a 3-1 win over Minnesota United in the MLS is Back semi-finals.

The Portuguese opened the scoring on 36 minutes when he controlled a long pass from Robin Jansson, sprinting through on goal and finishing past Minnesota keeper Tyler Miller.

His second goal was even better. The 33 year old controlled a diagonal pass on his thigh before cutting in from the left flank and curling a right-footed shot inside the far post from the edge of the penalty area. 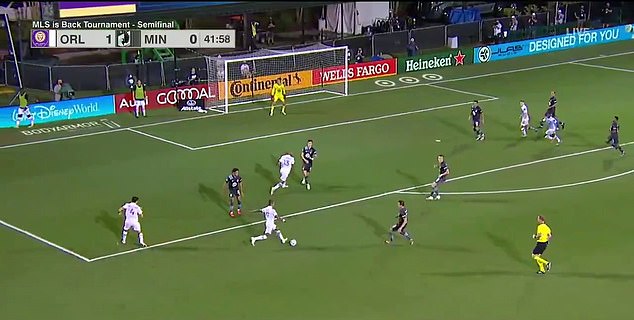 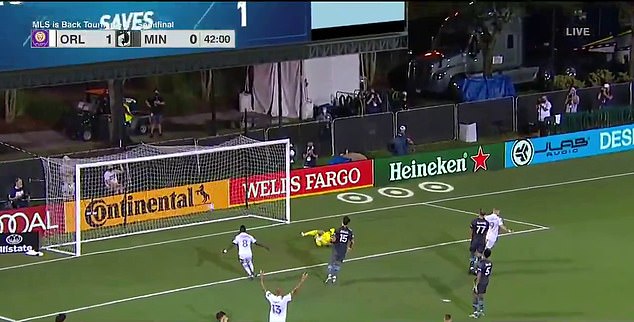 Tempers flared on 73 minutes after a tough tackle by Junior Urso as players scuffled in midfield.

Minnesota halved the defecit when Mason Toye scored with seven minutes of normal time remaining, but United head coach Adrian Heath, who spent four years with Orlando, was unable to get a result against his former club.

‘It will always be more than just another game for me because of the respect I have from the supporters,’ Heath told reporters before the game. 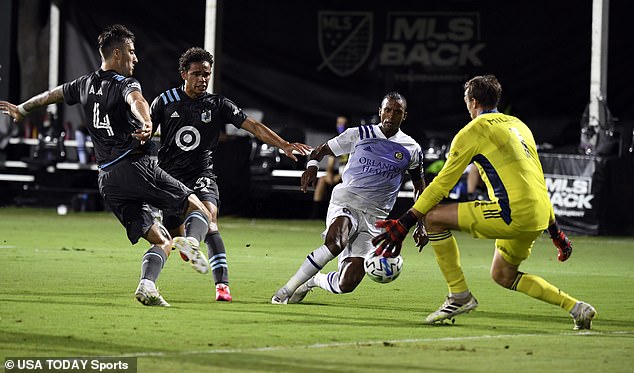 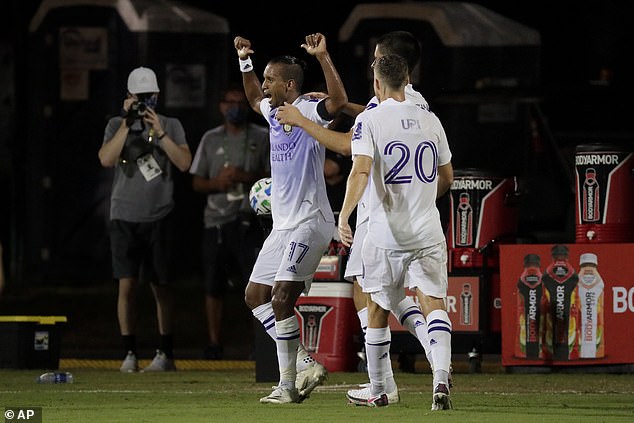 ‘We built the club together. I always like coming back to the city. I still have a home here. Orlando is something special and dear to me.’

Benji Michel added a third goal in stoppage time as City progressed to the showpiece final, in which they will take on Portland Timbers on Tuesday.

The World Cup-style tournament has been played behind closed doors ESPN’s Wide World of Sports complex at Walt Disney World. All squads have been stationed at Disney resorts throughtout the tournament.