The Europa League returns on Thursday evening with a host of eye-catching matches, and no fewer than five British teams involved.

Manchester United are up against a Real Sociedad full of familiar faces, while Arsenal face a tricky tie with Portuguese giants Benfica.

Leicester City and Tottenham are also in action, while Steven Gerrard’s Rangers side continue their European adventure against Royal Antwerp.

Here, Sportsmail takes a look at the key talking points from some of Thursday’s biggest match-ups.

Bale looking for a jump start

Let’s be frank, things aren’t too rosy in the Tottenham garden at the minute.

Poor domestic form has turned the mood inside the north London club sour, with Jose Mourinho’s men having lost four out of their last five in the league, as well as being dumped out of the FA Cup.

The ill-feeling has turned into mud-slinging, with Gareth Bale receiving the brunt of the frustration from his manager.

The 31-year-old has featured far less frequently than anybody at the club had hoped when he made his emotional return from Real Madrid on loan last summer. 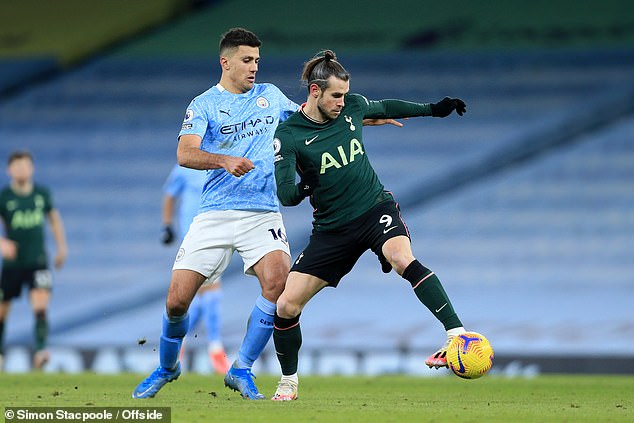 Gareth Bale is out of favour at Tottenham, but may get his chance against Wolfsberger

Even his agent has had to step in, insisting that the Welshman is coming to the end of his career.

The Europa League, then, provides a shot at making lasting memories in what little time he has left with Spurs.

Bale is likely to be given a rare opportunity to start against Austrian outfit Wolfsberger, having been named in the starting XI for every Europa League game to date.

In doing so, he’ll be hoping to help Spurs kick an unwanted record in first-leg Europa League ties.

They haven’t won any of their last seven first-leg knockout ties, with their last victory coming so long ago Bale even scored – a 3-0 victory over Inter at White Hart Lane in 2013.

There will be a few familiar faces in the Real Sociedad line up when they take on Manchester United in Turin.

Adnan Januzaj will feel he has a point to prove against his former side, while there is also former nemesis David Silva threatening to wreak havoc against one of his old foes.

However, there is one emerging talent who Ole Gunnar Solskjaer’s men will have to contend with that may cause them more harm. 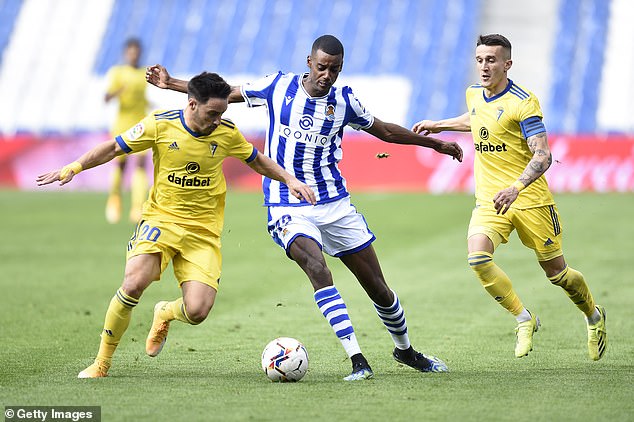 Alexander Isak was billed as one of Europe’s best and brightest when he joined Borussia Dortmund in 2017, ready to follow in the footsteps of a host of young stars to emerge from the Bundesliga club as a ready-made sensation.

Things did not go to plan, however, and the 21-year-old Swede is taking his second chance with Sociedad in LaLiga.

He has grabbed it with both hands this season, and his recent form will have United making special preparations for the former AIK frontman.

He has scored in each of his last five appearances in the Spanish top flight, netting six goals and setting up another, too.

Arsenal can complete the set

The Europa League has proved something of a safe haven for Mikel Arteta and Arsenal this season, away from their Premier League discomforts.

They breezed through the group stages, winning six out of six, but the Gunners would have been hoping for a more appealing reward than a tie against one of the big names in Portugal.

In fact, Benfica are the only Portuguese side Arsenal have come up against in European competition and failed to beat – the then English champions losing to Sven Goran Eriksson’s side in the 1991 European Cup in extra-time at Highbury having drawn both legs 1-1.

Victory over Benfica this time will see them added to the list of vanquished Portuguese sides that include Sporting, Porto, Sporting Braga and Vitoria Guimarares.

To have any chance of that, they will have to quell the threat of Pizzi –  no player was involved in more goals in the group stages than the Benfica captain’s eight, following his six goals and two assists. 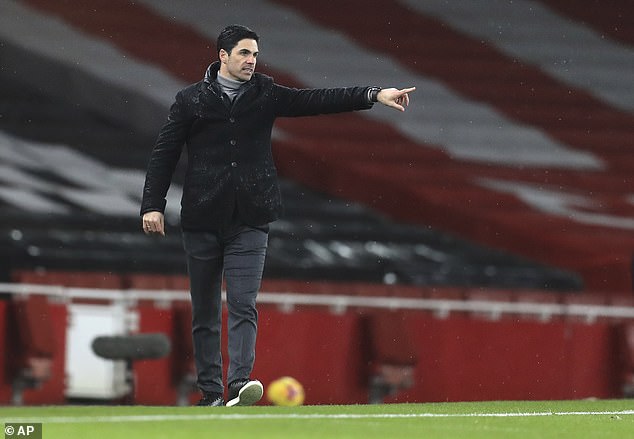 Schmeichel to put his weight about

One of the more bizarre episodes in the build up to this Europa League week was the apology issued from Slavia Prague to Kasper Schmeichel.

A pre-match video released by the Czech club carried interview footage in which the Dane was accused by a reporter of being overweight and of having to wear a corset, prompting a grovelling statement from the club’s  chairman.

Schmeichel is a strange target for ridicule, especially given his recent form which has seen him keep two clean sheets in his last three appearances.

His other appearance saw him keep Leicester in the Premier League clash with Liverpool as they came from behind to win 3-1 at the King Power Stadium. 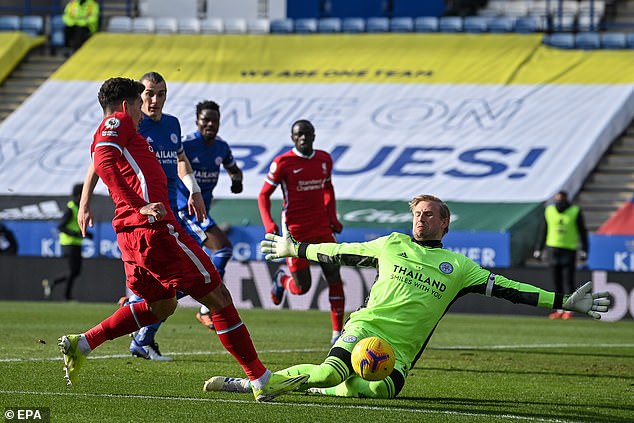 Prague will be wary of the threat at the other end, too, from one man in particular – who goes in search of a club record for the Foxes.

No Leicester player has ever scored in four consecutive European appearances but Jamie Vardy could do just that after scoring in both his Europa League displays this season.

His last European appearance before then came in the second-leg of the 2017 Champions League quarter-final against Atletico Madrid, when he scored in a 1-1 draw.

There is no doubting that Steven Gerrard is the man for the occasion on a big European night.

His heroics with Liverpool have gone down in legend, but he’ll be hoping those kind of nights are not done yet as he continues in the early stages of his managerial career.

Afforded his first taste of the Rangers European experience last season, this campaign has been a little different with no crowd at Ibrox to get behind his players – but the results have been no less impressive. 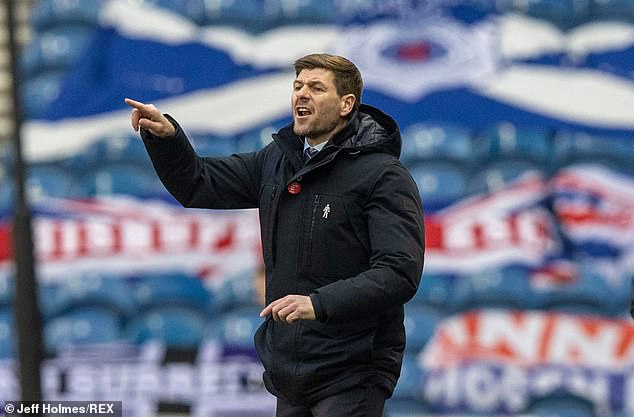 Coming out top of a group that included Benfica was a real badge of honour for Gerrard and his men, who can throw all their efforts into the knockout stages given the Scottish Premiership is all but sewn up on the home front.

Given how well they’ve fared so far, another front-foot display will be expected against a Royal Antwerp side sat second in the Belgian top flight, and who at the weekend failed to get the better of a Standard Liege side beaten home and away by Rangers in the group stages.

It could prove a chance for Borna Barisic to showcase his fondness for getting forward, too. No defender has more assists in this season’s competition than the left-back’s three.

How will Ajax cope without Haller?

You really could not make it up. Ajax broke the bank by bringing Sebastien Haller to Amsterdam from West Ham as they looked to improve their fortunes both domestically and in Europe.

Only the former French Under-21 international is not able to help on the continental front after a monumental gaffe saw the Dutch club fail to include their record-signing in their Europa League squad.

It’s a damn shame, too, with Haller having previously proved himself more than adept at handling the big occasions in Europe. 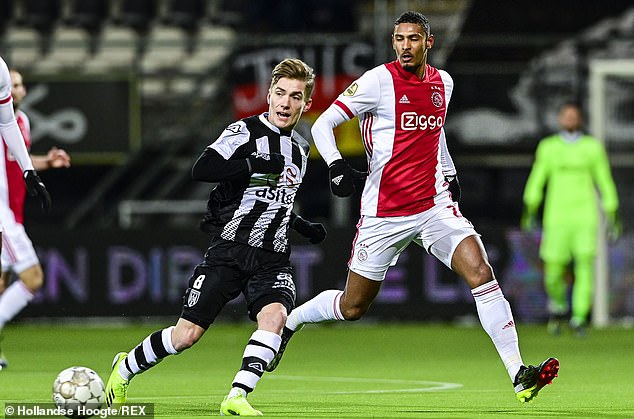 He was pivotal in Eintracht Frankfurt’s run to the semi-finals in 2019 – getting involved in eight goals in his 10 appearances, and never finishing on the losing side (barring the penalty shoot-out at Stamford Bridge that sent Chelsea to Baku).

Ajax will have to take on Lille without him, a daunting prospect even with the 26-year-old available.

For all Paris Saint-Germain have captured the imagination this week with their performance in Barcelona, they actually aren’t even the best team in France right now, with that title belonging to… yup, you guessed it.

Christophe Galtier’s men sit top of Ligue 1 by a point, having played the same amount of matches as Mauricio Pochettino’s side.

Can Gattuso continue his renaissance?

There was every chance Gennaro Gattuso wouldn’t be in the dugout to see his Napoli side take on Granada.

Whispers around the Serie A club suggested that defeat in the Coppa Italia to Atalanta, coupled with defeat by Juventus in the league, could have been enough to convince Auerlio De Laurentiis to swing his axe.

As it was, despite crashing out of the cup, a 1-0 victory over old pal Andrea Pirlo means things are looking pretty positive again for the former Rangers man.

As a result, arguably the most exciting side from the group stages of this season’s Europa League retain their boss for the knockout stages.

While the results may not have been too dazzling, only Bayer Leverkusen enjoyed more spells of superiority in possession than Napoli, while only Mikel Arteta’s Arsenal side had more build-up attacks – defined by Opta as sequences including 10 or more passes that result in a shot or a touch in the box.

They’ll be hoping to make chances count against a Granada side who have failed to win any of their last four in LaLiga. 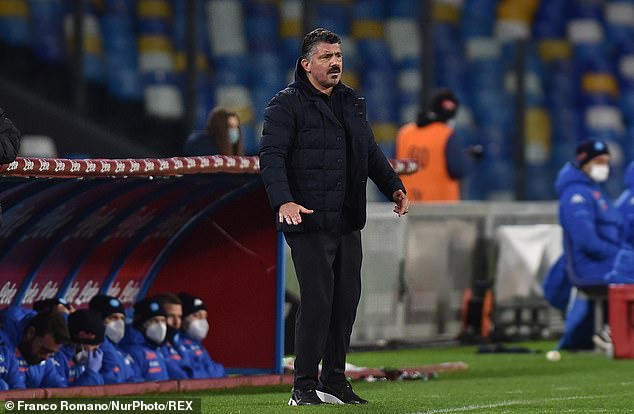