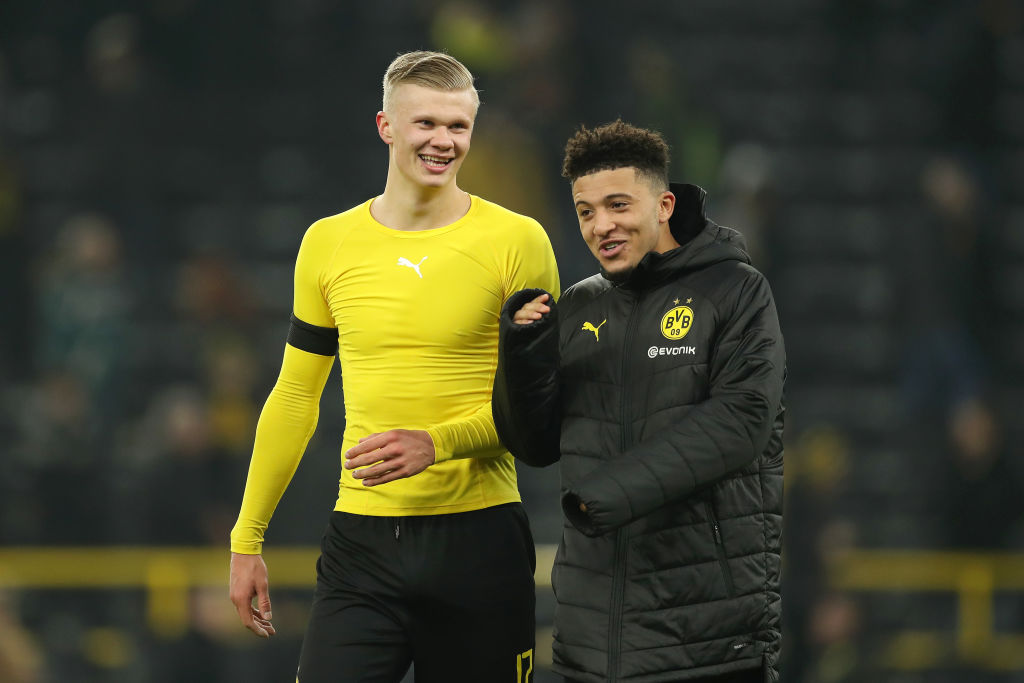 Erling Haaland believes Jadon Sancho will get even better as the Borussia Dortmund star continues to attract major transfer speculation.

Manchester United, Chelsea, Real Madrid and Barcelona are all tracking the 20-year-old, weighing up whether to meet Dortmund’s £100million-plus asking price.

Sancho has bagged 19 goals for Dortmund this season and Haaland joined the German side from RB Salzburg last January.

Haaland snubbed United to sign for Dortmund and the striker heaped praise on his team-mate as he continues to establish himself as one of the world’s best players.

‘We are lucky to have him here.’

While Sancho considers a big-money move in the next transfer window, Haaland has made an immediate impact at Dortmund.

The Norwegian has already scored nine Bundesliga goals and there is just 57 minutes per strike.

Haaland continues to be linked with United despite signing a four-year deal with Dortmund.

United may have big ambitions for the next transfer window, but Trent Alexander-Arnold has attempted to throw a spanner in the works with a direct message to Sancho.

The Liverpool defender said he would love to see Sancho join the Reds, branding his England team-mate a special talent.

‘If he came to us, he’d make our team better,’ Alexander-Arnold told Michael Dapaah on Instagram live.