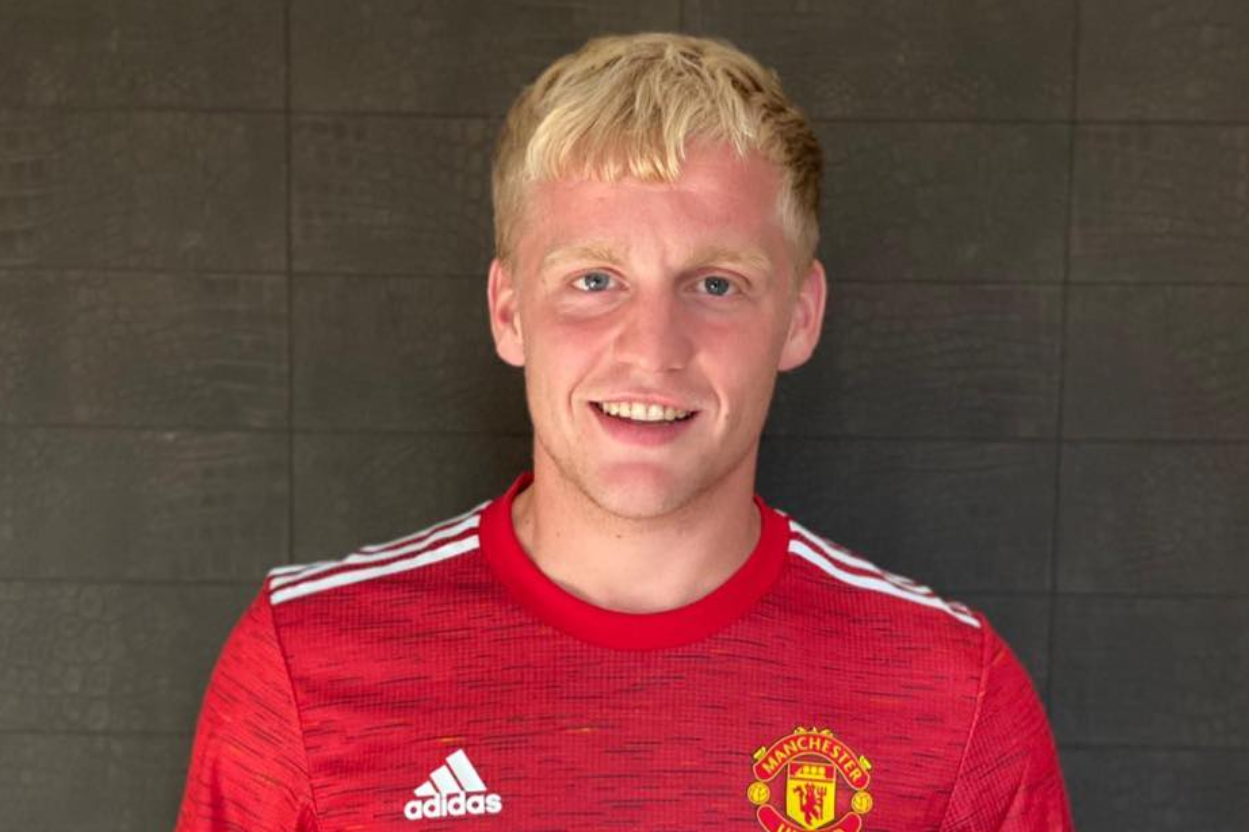 United made Van de Beek their first signing of the summer in £40million deal, with the Ajax playmaker sealing a five-year contract with the option of a further season.

The 23-year-old played an important role in Ajax‘s thrilling run to last year’s Champions League semi-finals, and has now made the move to challenge himself in the Premier League.

“It seems our paths have crossed again. One of ours is joining you this season. And like so many players before him, he’s been with us since he was just a little boy.

“Shortly after his debut, he became one of our best. Especially the last couple of years were amazing. From the Europa League final (no hard feelings) to our Champions League run and winning the Dutch championship.

“The team he was part of showed the world who we are and what Ajax stands for.

“Like you, we pride ourselves on being one of the best at developing talent and giving young players a shot at the highest level. You could say your new star is the embodiment of that pride.

“That’s one of the many reasons we don’t like to see him leave, but we understand it’s time for him to move on. To dream on.

“And where better to do so than in your theatre. Trust me, I know. Please take good care of our Donny, and help him dream.

Van de Beek said of his move: “I cannot begin to explain how incredible an opportunity it is to join a club with such an amazing history,” Van De Beek said.

“I would like to thank everyone at Ajax, I grew up there and I will always have a special bond with the club.

“I am now ready to take the next step in my career and perform at the highest level and there is no higher standard than Manchester United.

“Everyone has told me how amazing the Old Trafford atmosphere is and I am looking forward to experiencing that, once it is safe for the fans to return.

“This team has some of the best midfielders in the world and I know that I can learn from them and also bring my own strengths to the group.

“Having spoken to the manager about his vision for this team, the direction that the club is going in is hugely exciting and I cannot wait to be a part of that.”