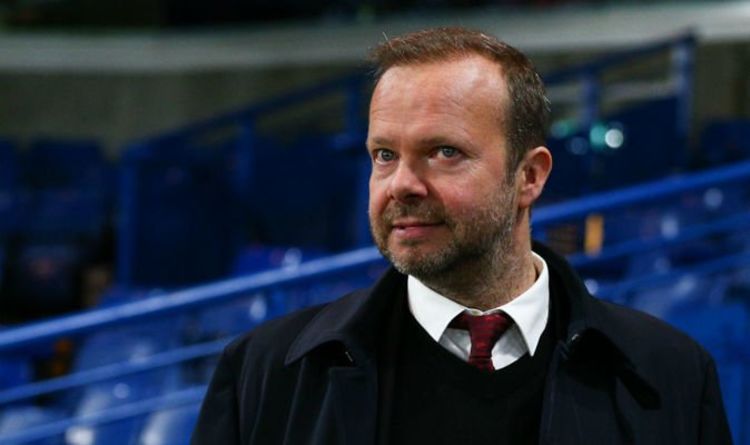 Ed Woodward’s approach in the summer transfer market has left two Manchester United deals up in the air. The Red Devils have already made a huge statement of intent by signing Netherlands international Donny van de Beek, who has penned a five-year contract at Old Trafford.

United splashed out £40million to acquire the midfielder’s services from Ajax, fending off interest from Real Madrid and Barcelona.

The ease in which they signed Van de Beek, however, is a far cry from the current predicament they find themselves in regarding two players.

Top of the Red Devils’ summer wish-list is Borussia Dortmund and England winger Jadon Sancho, who has caught the eye of many with a plethora of stellar performances over the last two seasons.

United are desperate to sign the 20-year-old before the closure of the transfer window but have, so far, refused to meet Dortmund’s valuation of their prized asset.

That concern also extends to this summer’s outgoings at Old Trafford.

After an impressive loan spell in Italy, England international Chris Smalling is a wanted man by Serie A giants Roma.

Given the fact Ole Gunnar Solskjaer has already deemed Smalling to be surplus to requirements, it’s baffling Woodward hasn’t sanctioned the sale of the 30-year-old.

While the acquisition of Van de Beek has given United fans a renewed sense of optimism, Woodward’s failure to bring in further reinforcements and sell Smalling is a big worry for the Old Trafford faithful.

And with less than three weeks left before the closure of the transfer window, those concerns will no doubt continue to grow.

United will be back in action on Saturday evening, welcoming Crystal Palace to Old Trafford.

The Red Devils will enter the match on the back of a shock 1-0 pre-season defeat to Aston Villa.