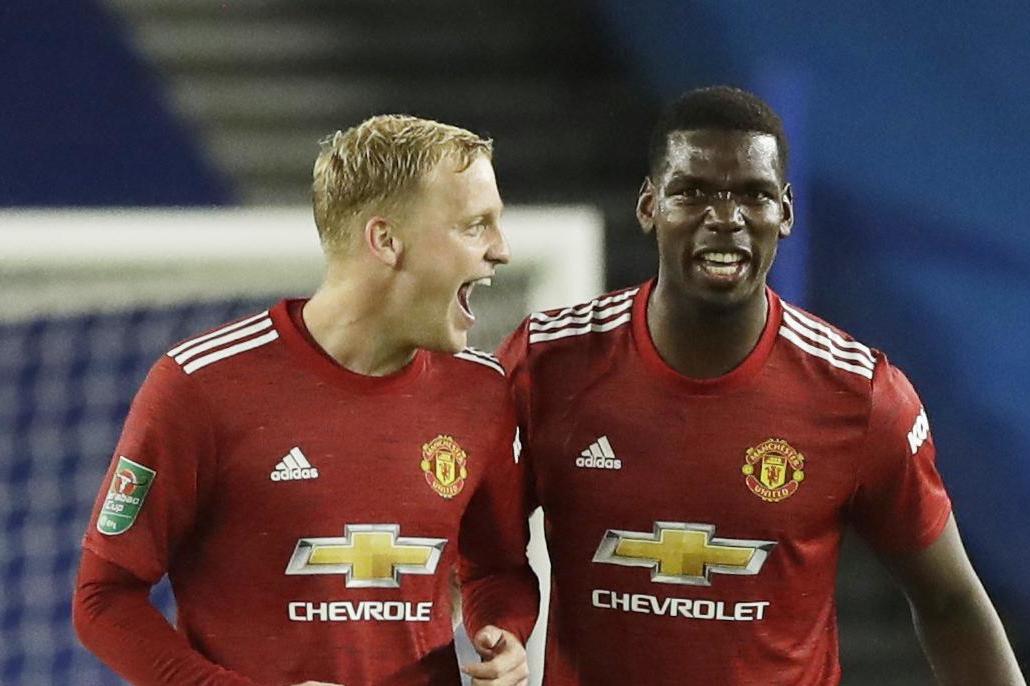 Having already made a fine start at Manchester United with a debut goal, Donny van de Beek showed his creative side with a cheeky assist against Brighton in the Carabao Cup.

Man United had led through an early Scott McTominay goal at the Amex Stadium in the fourth round tie.

The visitors were perhaps fortunate still to be in front after Dean Henderson pulled off a fine save to deny Leandro Trossard.

But Netherlands international Van de Beek, making only his second start since arriving from Ajax, made the difference to double United’s lead shortly after.

The 23-year-old displayed the kind of ingenuity that convinced Ole Gunnar Solskjaer to sign him in a big-money transfer and highlighted why he is already a fans’ favourite at Old Trafford.

Receiving the ball from Fred on the edge of the box, the £40m midfielder crafted a silky backheel that rolled into Juan Mata‘s path.

The Spaniard then dribbled into the box and slotted past Mathew Ryan to mark his 50th goal for the club before Paul Pogba sealed a comfortable 3-0 win late on.

But it was van de Beek’s touch of class that stood out and gave United some optimism that he could be an important member of the squad for years to come.