We all want to sit down and enjoy an exciting game on a Saturday night, and while this was a disappointing spectacle, I can understand why. Put yourself in the shoes of the managers.

Remember what happened to Manchester United against Tottenham — a 6-1 defeat at home. For them to bounce back with a good win at Newcastle, to perform so well against Paris Saint-Germain and then get a good clean sheet against a Chelsea side with that much attacking talent, it has to go down as a good week for Ole Gunnar Solskjaer.

It is something they can build upon. I understand that fans will want them to go on all-out attack at Old Trafford, but they have been too easy to play against there this season. They weren’t on this occasion. 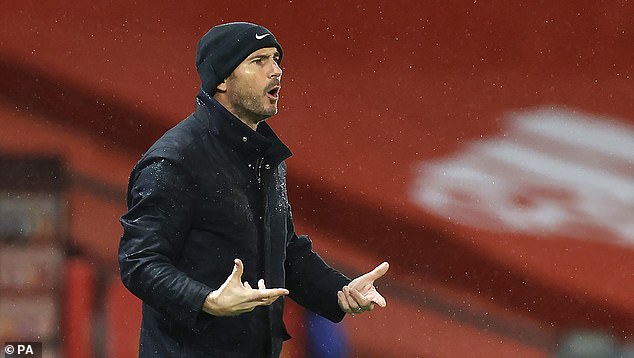 The game was flat, but both Frank Lampard and Ole Gunnar Solskjaer will see positives 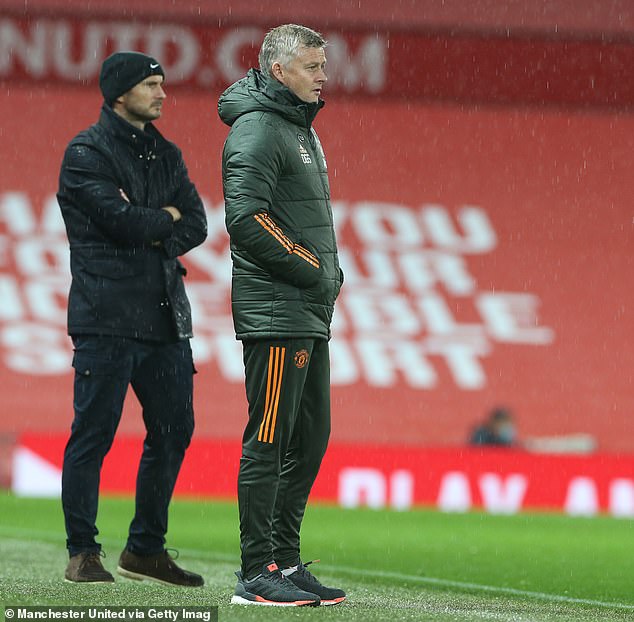 Manchester United had to face PSG in midweek, while Chelsea faced Sevilla as well

I also know how hard it is to play high quality opposition in midweek then have to be at the top of your game at the weekend. If you don’t have that sharpness in the final third, it is vital you at least keep a clean sheet.

Frank Lampard will be happy too. Chelsea have been criticised for conceding too many goals but now they’ve had back-to-back clean sheets against Sevilla — the Europa League winners— and United. It is easy to be critical. The game lacked entertainment but I understand the caution.

That was two managers showing they are capable of tweaking their tactics to be harder to play against, but also who are still unsure of their strongest XIs.

United looked much more balanced with two defensive players in the middle of the park in Fred and Scott McTominay. 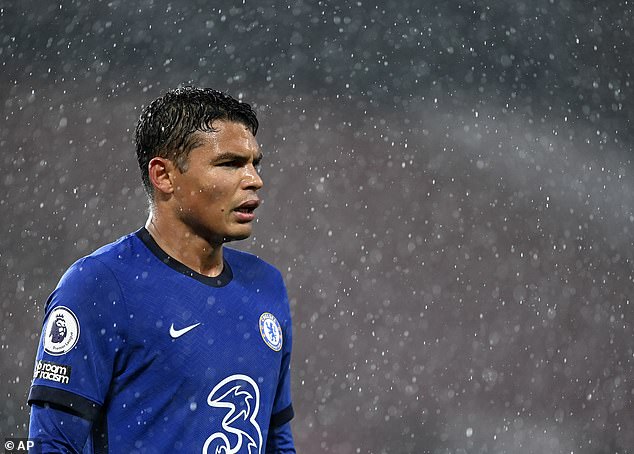 New signing Thiago Silva, although 36 years old, may have been the best player on the pitch

But what does that mean for Paul Pogba, on the bench again. What is Donny van de Beek there for? Does Solskjaer think he can play the McTominay role? Or is he only seen as an attacking midfielder? If he does, with Pogba and Bruno Fernandes ahead of him, then Van de Beek might have a problem.

Meanwhile, Chelsea have so many new and creative players, it is taking time for Frank to work out the best blend. I was surprised not to see Mason Mount start. I always think Chelsea are better in attack and defence when he is there. Chelsea’s midfield moves the ball better when Mateo Kovacic plays, even though they have two world-class players in N’Golo Kante and Jorginho.

I think reverting to a back three helped them. It gave wing-backs Ben Chilwell and Reece James more freedom, even though they both also defended well. It made Chelsea look more solid, better balanced. 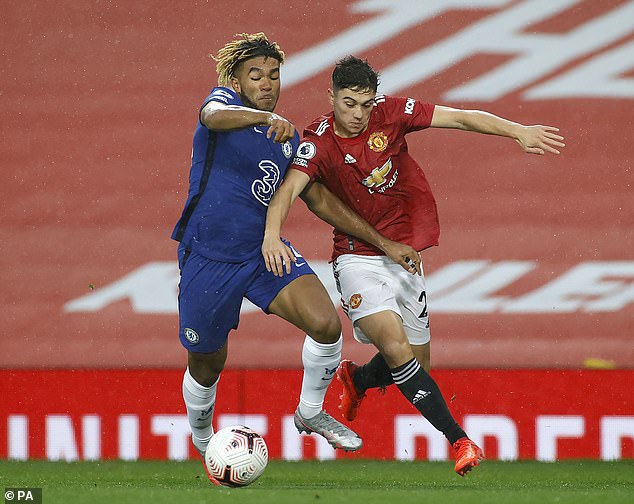 Reece James had more freedom to get forward, but he also defended well in the game

I said in the summer that for all the business Chelsea did, Thiago Silva could be their cleverest signing. He showed that last night and was the best player on the pitch.

At 36 he is in brilliant condition and he reads the game so well. His late tackle on Edinson Cavani was superb.

I thought Cavani looked sharp when he came on. His movement was fantastic, no different to what we are used to seeing from him. Ole would have been encouraged to see him making those runs across defenders.

Frank will be pleased too with goalkeeper Edouard Mendy. He made good saves from Juan Mata and Marcus Rashford despite a shaky moment in the first half when he almost scored an own goal.