Chris Smalling has admitted he fought hard all summer to seal a permanent transfer to Roma from Manchester United following 10 years at the club.

Smalling left it late to complete his £18million move to the Serie A outfit on deadline day – in fact a deal was struck just one minute before the Italian window closed.

And after the move was eventually confirmed, Smalling expressed his huge relief at the deal finally getting over the line. 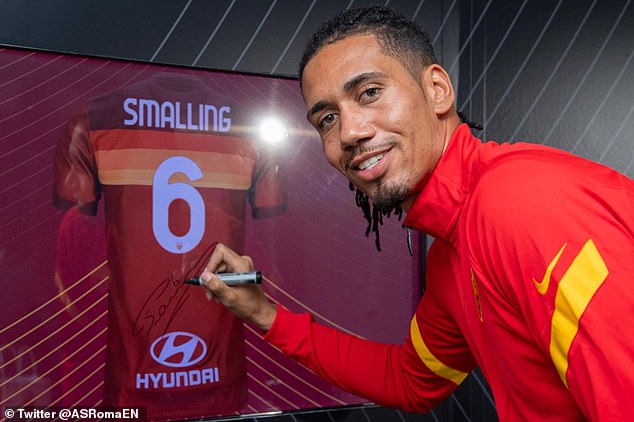 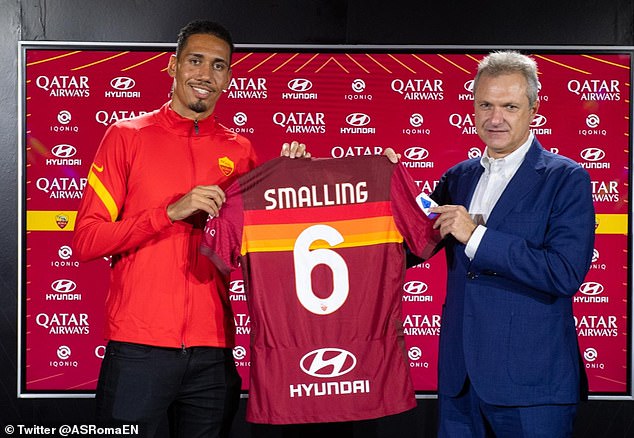 ‘It’s a massive, massive relief. I think that everyone knew I wanted to come back and to finally get it done, albeit so close to the deadline, it’s just pure relief,’ Smalling told the official Roma website.

‘Now I can enjoy being back and then get straight back to it with the team tomorrow.’

Reports on Monday night claimed that Roma submitted the necessary paperwork to the Italian FA just 60 seconds before the deadline in what was a long-running saga to see Smalling earn a permanent return to Italy. 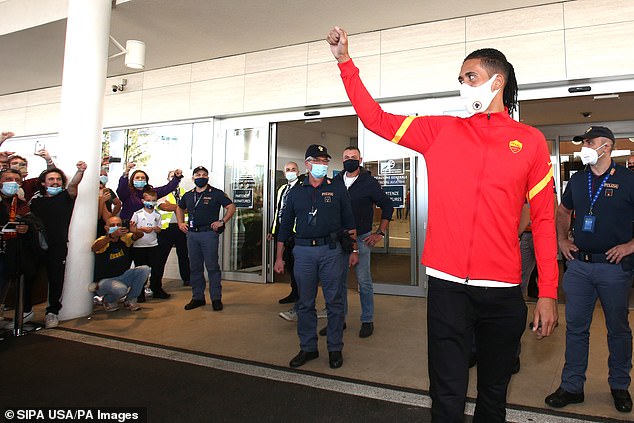 Smalling then revealed that he endured a nervous wait as the clock ticked down towards the deadline with nothing officially signed.

‘I’m generally known as quite a calm guy but there were definitely times when I was just so up and down [emotionally]. Obviously, me knowing what I wanted to do but waiting for it to happen.’

He added: ‘I am so happy to be here. I have been fighting hard to come back and finally we are reunited. I am ready to give my all, I can’t wait to get going again!’ 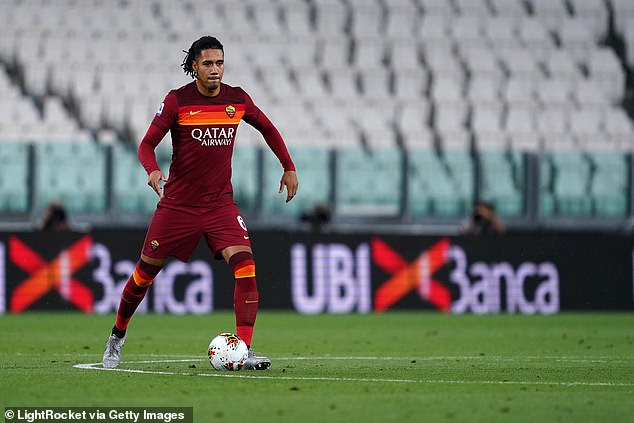 And after completing the move to Italy, the English defender – who impressed in the heart of the backline last season while on loan at the club – was given a hero’s reception from the Roma fans as he landed at the airport.

‘It was truly, truly special. I could feel tingles up my spine. To see such a big crowd as soon as I landed… honestly, I felt the love from the fans as soon as I first stepped on the pitch but it has just grown and grown [since] and it’s just such a special feeling.

‘A few times I’ve seen players sign at various places and they might get a crowd, but to have it happen to myself is something I never thought would happen. To have that just makes me want to really give back as much as I can.’