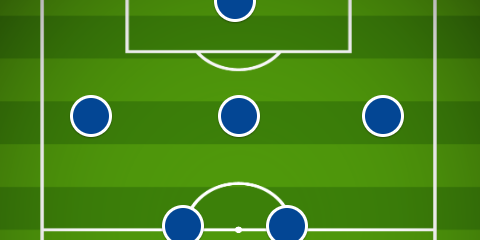 Kepa Arrizabalaga has been ruled out of Chelsea’s clash with Manchester United today – but that does not mean Petr Cech is included in the squad at Old Trafford.

Kepa has been carrying a shoulder injury that means he doesn’t make the bench, with Willy Caballero the back-up to Edouard Mendy.

The Chelsea manager described it as a “no-brainer” – particularly in light of the Covid-19 pandemic.

But ahead of today’s trip to United, Lampard said: “Petr Cech’s not coming. At least not in that capacity.

The Blues look to be implementing another formation change at Old Trafford, with Mason Mount on the bench and captain Cesar Azpilicueta starting alongside Kurt Zouma and Thiago Silva in a back three.

That is the only personnel change from the midweek draw with Sevilla.