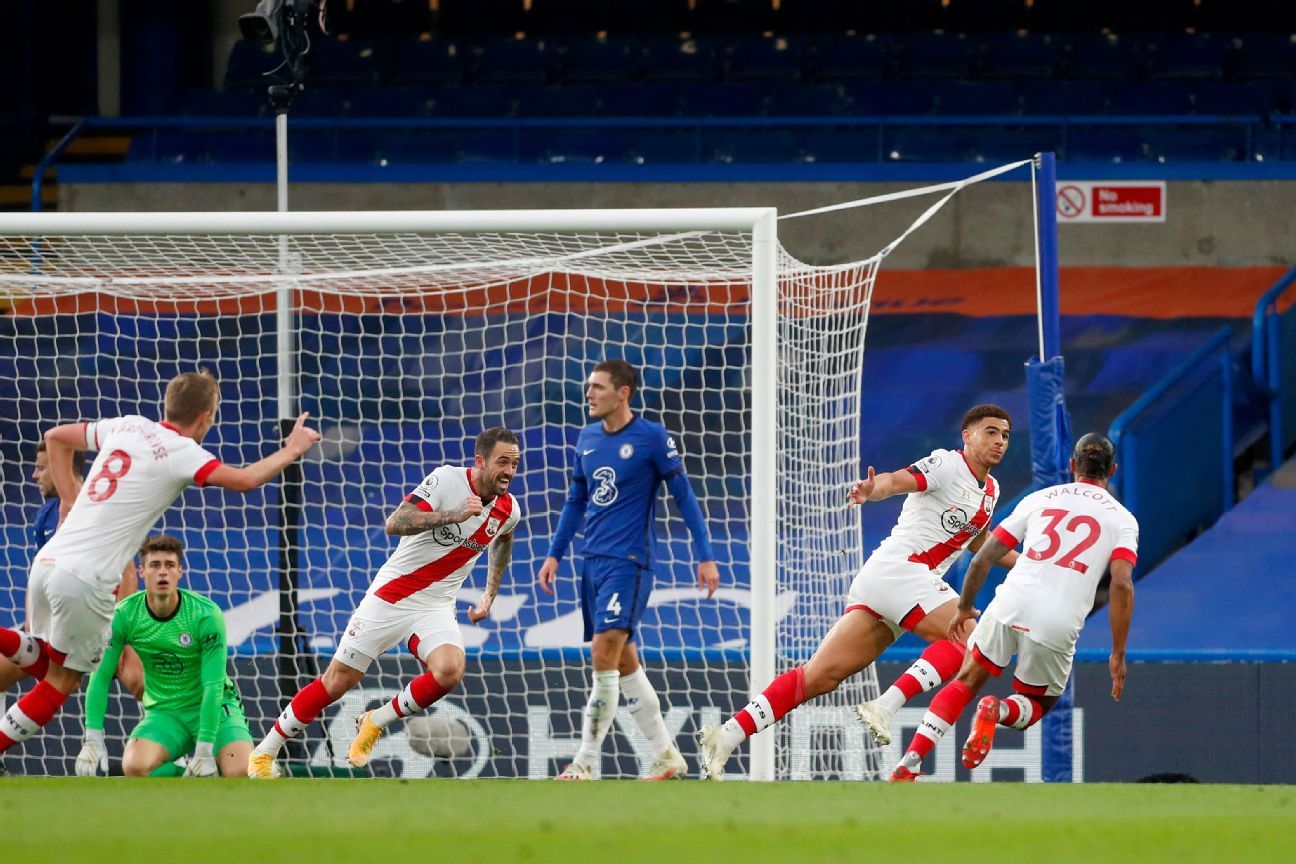 Chelsea threw away important points as they twice spurned the lead and conceded a stoppage-time goal in a thrilling 3-3 draw against Southampton.

Werner struck twice in the first half before Havertz got on the scoresheet after the break.

Southampton recovered from 2-0 down to level with goals from Danny Ings and Che Adams.

United States international Christian Pulisic also made his first start of the campaign after returning from injury.

Werner had a goal disallowed for offside but scored a minute later with brilliant solo effort.

The striker doubled the lead after 29 minutes when he got on the end of Jorginho’s pass and lofted the ball into the net.

Ings got one back for the visitors just before the break after he went past Kepa Arrizabalaga and scored into an empty net.

Kepa was at fault for Southampton’s equaliser when he came out and missed the ball which led to Adams capitalising on the error.

Chelsea went back in front two minutes later when Werner teed up Havertz to score from close range.

The visitors grabbed a late leveller when Theo Walcott‘s shot was glanced into the net by Vestergaard.

“I am happy about the goals but I want to win the game,” Werner told the BBC after the game. “50% I am happy, 50% not. I don’t know if we have a problem but the last three games we concede six goals and it is not where we want to be, to compete for titles.

“In Germany we always say defence wins titles. If we concede so many it is hard to win games and win titles.”