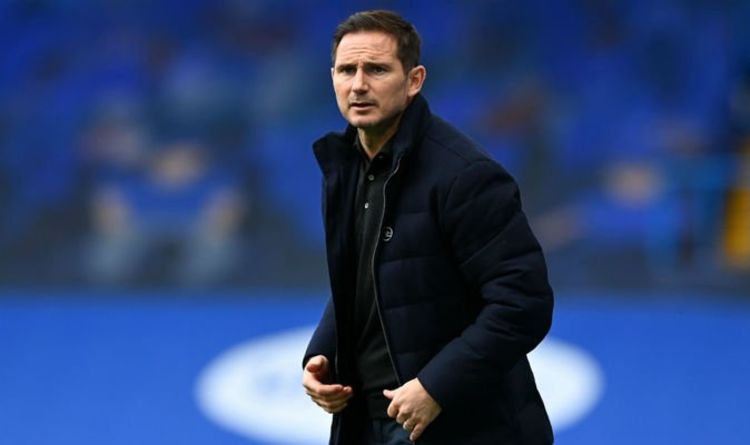 Frank Lampard could find himself under serious pressure if Chelsea come up short against Manchester United this weekend, Paul Merson believes.

The west Londoners will lock horns with the Red Devils at Old Trafford on Saturday evening in a match that could see either side strike a blow into the other’s hopes of finishing in the top four.

Lampard’s troops will enter the match having won only two of their five league games this season, in which they’ve conceded a worrying nine goals.

The Blues have already come up short against defending Premier League champions Liverpool and will be looking to put on a better showing against their top-four rivals.

Merson hasn’t been impressed by what he’s seen of Lampard’s troops this campaign and reckons the former Chelsea midfielder could find himself under intense scrutiny from the board if his side leaves Old Trafford empty-handed.

“Chelsea have already lost big games this season. If he loses this game there will be serious questions asked.

“I don’t think he’s going to get loads of time this season because of all the money they’ve spent, and he needs to start getting it right.”

Despite United being resoundingly beaten in their last home outing against Tottenham, Blues chief Lampard is expecting a tough match at Old Trafford.

“We can talk about certain games where big teams have conceded a lot of goals, or there have been big turnarounds in games, but I’m not interested in that,” Lampard said.

“Man United are a very good team, we played them enough last year to know that, and I’m not concerned with what might have happened in games before.

“There’s been an uncertainty within life and the game which has brought about the unpredictability we have seen in the early stage of the season, but we only have to focus on ourselves.

“We have belief in this squad. We will see how things level out as the season goes on. I don’t want to predict how it might look like when we are this early into the season.”