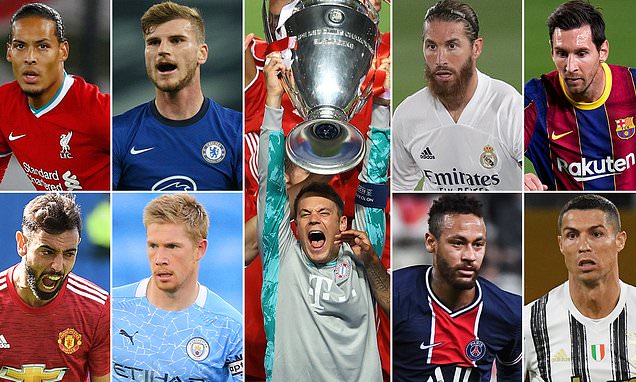 The draw for the group stage of the Champions League is moments away as Liverpool, Manchester City, Chelsea and Manchester United fans look to avoid the group of death in Europe’s elite club competition.

Jurgen Klopp’s Liverpool will be in pot one and will be keen to avoid the top teams. But they still face the risk of landing strong adversaries such as Barcelona and Diego Simeone’s Atletico Madrid, who knocked them out last season.

Their English compatriots City, United and Chelsea will be in pot two with the daunting prospect of facing the defending champions Bayern Munich as well as finalist PSG, Real Madrid and Juventus among others.

Find out the group stage draw results by following Sportsmail’s coverage with NATHAN SALT as we discover the fates of English and European top-flight clubs.