Everton manager Carlo Ancelotti will make a late decision on the fitness of playmaker James Rodriguez and goalkeeper Jordan Pickford ahead of the FA Cup fifth-round visit of Tottenham.

The Colombia international was taken off as a precaution in the 3-3 draw at Manchester United after complaining of a tight calf and Ancelotti will not risk the forward if there is any doubt.

Pickford has sat out the last two matches with a rib injury and will also be assessed. 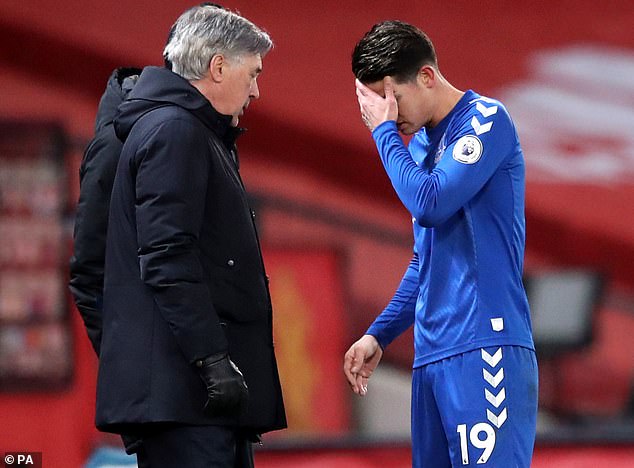 ‘I have to wait until training to see if Pickford and James are available,’ said Ancelotti.

‘James had a little problem on his calf, a tight calf. I took him off after 70 minutes to avoid risk. 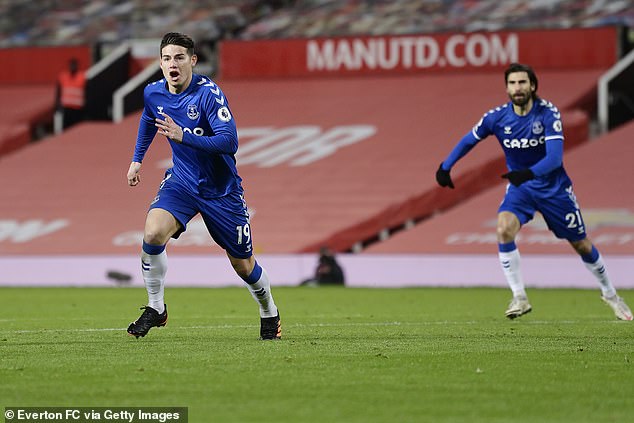 Rodriguez, who scored against United last weekend, won’t be rushed back if he isn’t fully fit