Hakim Ziyech scored his first Premier League goal for Chelsea as Frank Lampard’s side kept their fourth clean sheet in a row.

Ziyech, who nearly joined Burnley as an FC Twente player in 2016, marked his first league start in England by wrongfooting Nick Pope at Turf Moor to fire dominant Chelsea ahead midway through the first half.

Kurt Zouma and Timo Werner wrapped up the points after the interval to leave Chelsea fifth and Burnley stuck in the bottom three and looking for their first win of the season. 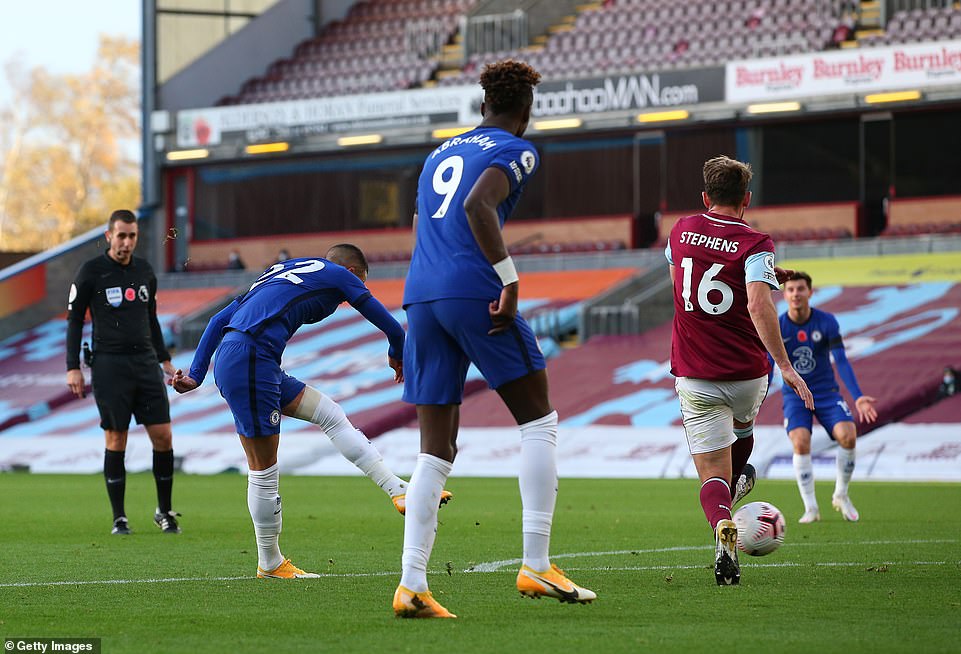 The Moroccan playmaker, signed from Ajax in the summer, let fly from the edge of the area with an effort that beat Nick Pope 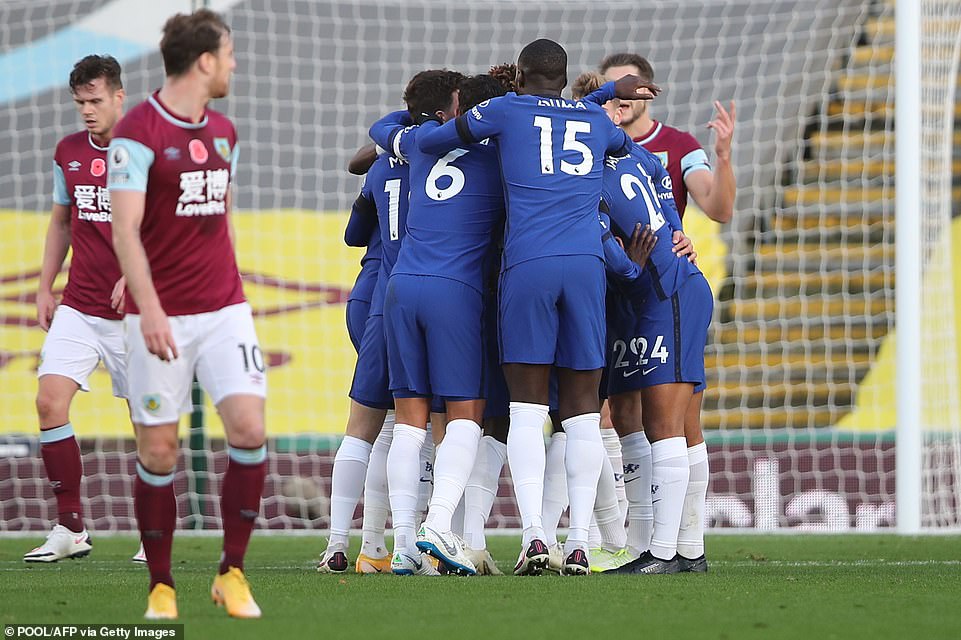 Ziyech had been mobbed by his team-mates after firing in the first, and only, goal of the encounter to extend his superb form

Lampard named an attacking line-up featuring Kai Havertz, Mason Mount and Tammy Abraham besides Ziyech and Werner – with the German scorer a late promotion from the bench after Christian Pulisic was injured in the warm-up.

There was also a return for referee David Coote after serving a one-match “ban” for missing Jordan Pickford’s tackle on Virgil van Dijk as the VAR chap in Stockley Park a fortnight ago.

The Londoners had made a five thousand-mile round trip to Krasnodar in midweek and that might have explained Zouma switching off after two minutes to allow Ashley Barnes through on goal. 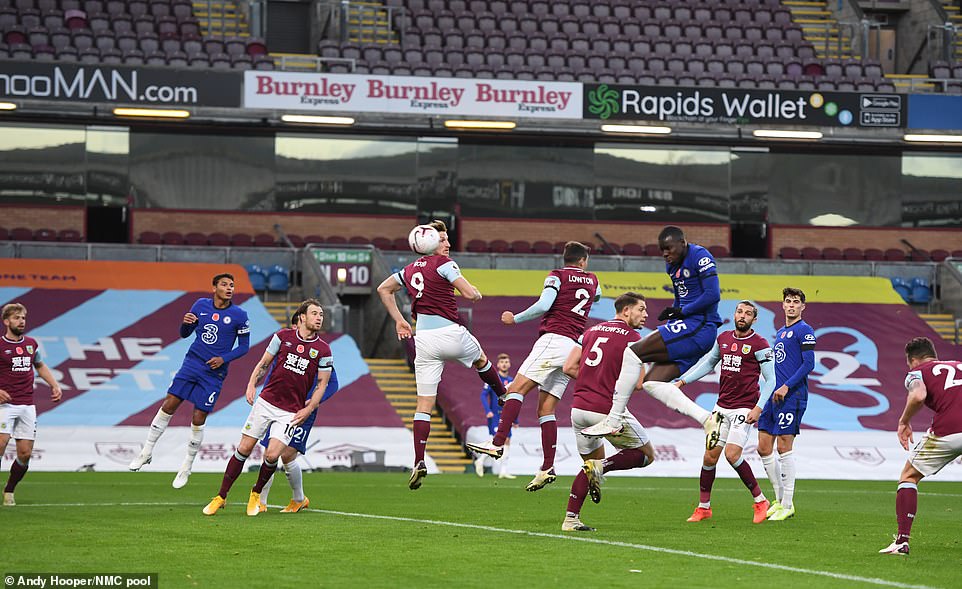 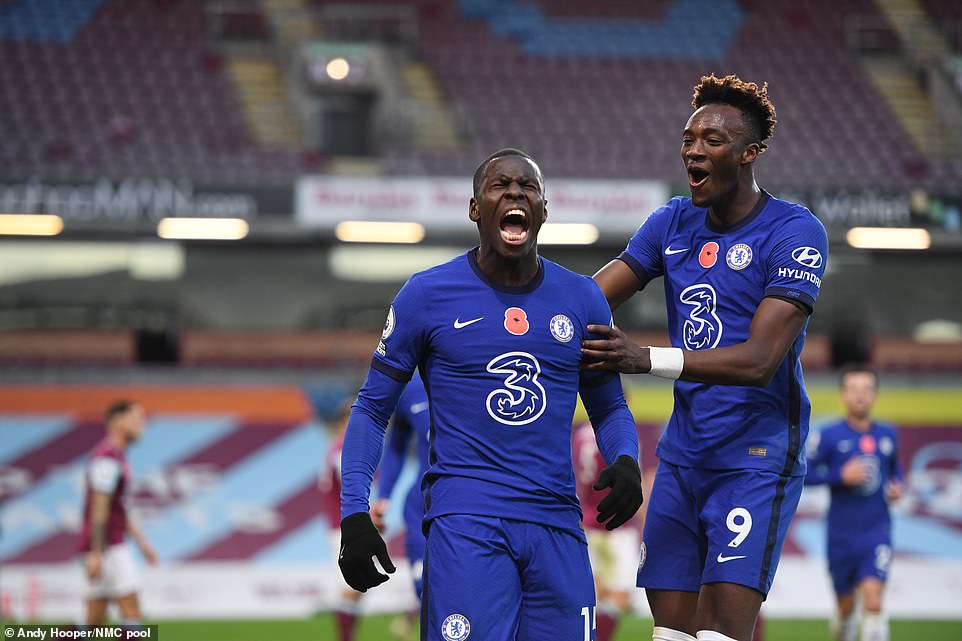 The defender wheeled away to celebrate with Chelsea extending their impressive run of form, and string of clean sheets

The centre-half was relieved when Barnes took a heavy touch attempting to lob Edouard Mendy and the ball sailed high over the bar.

That was as good as it got for Burnley. Chelsea controlled the game thereafter with full-backs Ben Chilwell and Reece James always prominent in the Burnley half.

There were warning signs for the home side when Pope tipped over a header by Tammy Abraham and Charlie Taylor made a goal-saving tackle to deny the same player but the visitors were rewarded for 75% possession when they went ahead after 26 minutes. 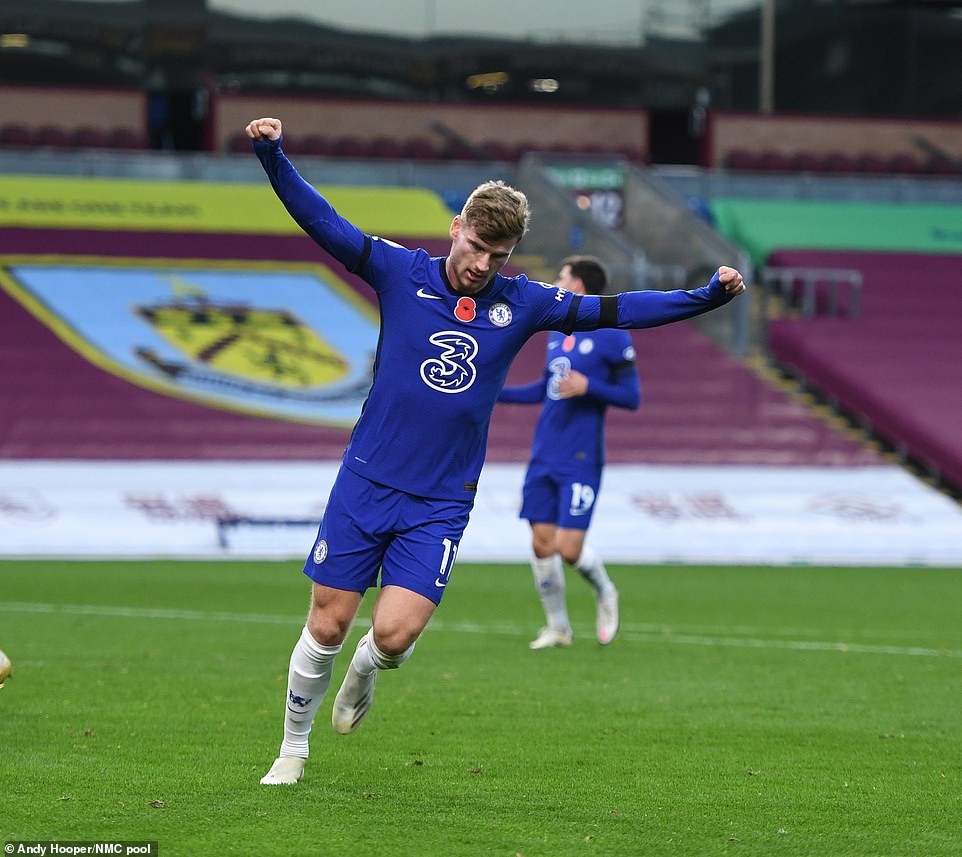 Werner passed to Abraham who had his back to goal as he set up Ziyech. The Moroccan’s shot through the legs of Dale Stephens – appearing to catch Pope by surprise as the ‘keeper strangely dived to his right and away from where the ball finished.

It was Ziyech’s second goal in consecutive games having netted in the 4-0 win in Russia on Wednesday and made him the first Chelsea player to score in his first two starts for the club since Diego Costa in 2014.

Chelsea nearly added a second before the interval when James swung in a cross towards Werner who was waiting inside the six-yard box.

Burnley defender Kevin Long just stretched his leg far enough to get a touch on the ball that deflected onto Werner’s leg and into Pope’s grateful arms. 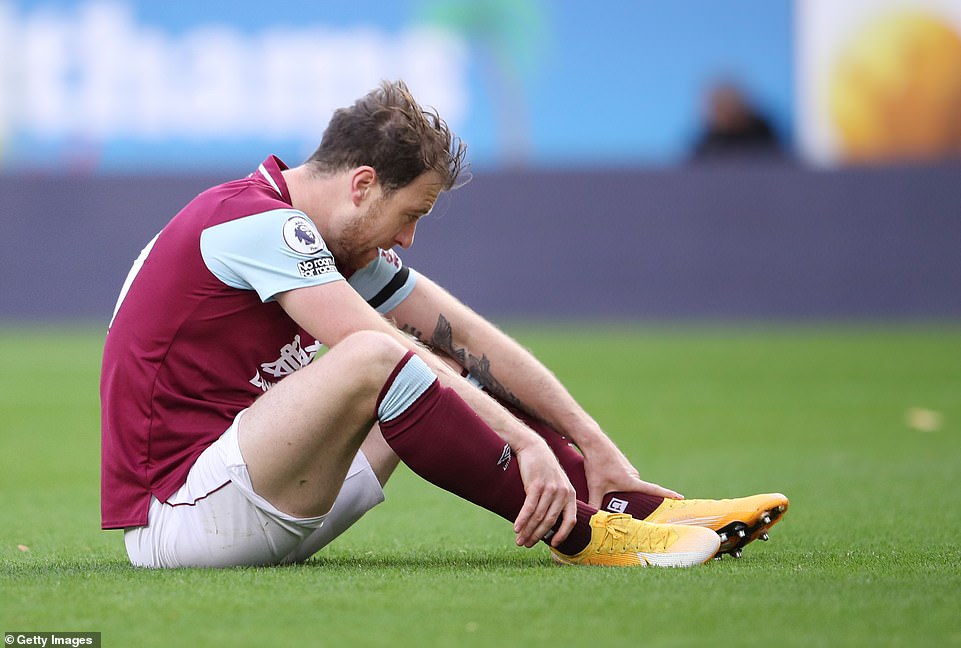 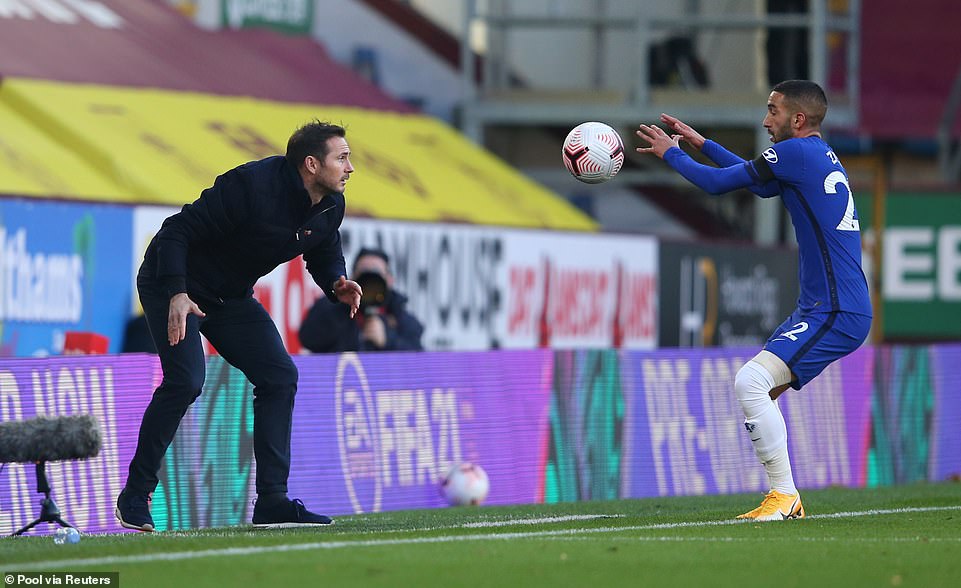 Dyche made a positive move at half-time by sending on an extra forward Jay Rodriguez to replace Stephens.

Long picked up the game’s first booking for a trip on Werner but Mount sent the free-kick straight at Pope. After 54 minutes, the midfielder gave the goalkeeper a more serious test with a drive from 18 yards following a good run by Kai Harvetz.

At the other end, Havertz wasn’t so assured. The tall German twice cheaply surrendered possession in his own half to give Burnley sniffs of an equaliser their all-round play didn’t really deserve – with Barnes not too far away with a shot from 18 yards.

Chelsea’s second goal from a set piece after 63 minutes would have annoyed Dyche. Mount’s outswinging corner went over a sea of Burnley heads, the slightest of deflections of James Tarkowski, and Kurt Zouma was unmarked to nod powerfully past Pope. 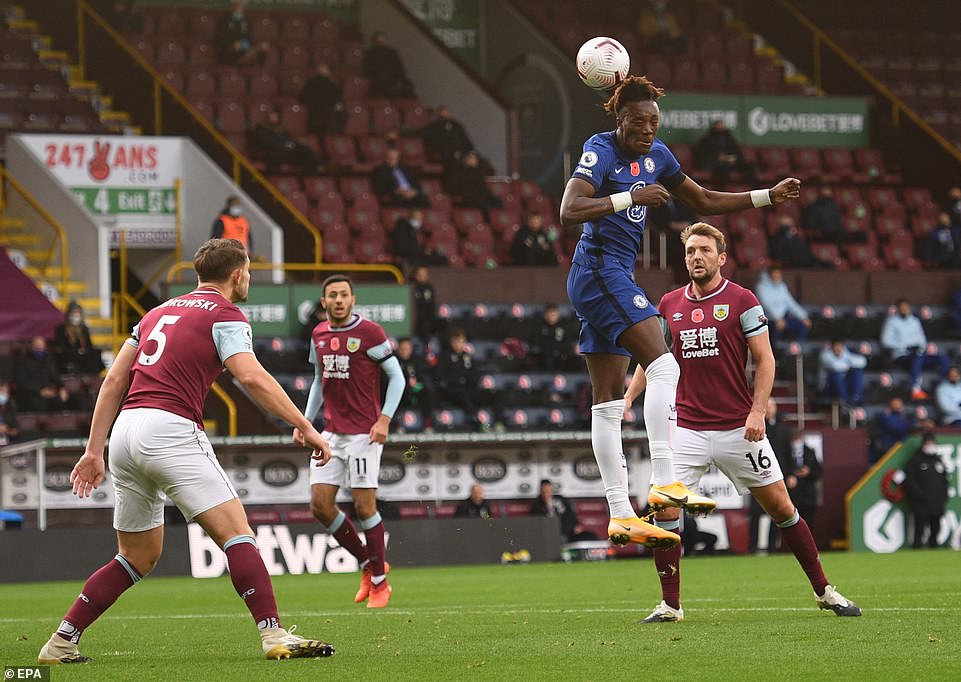 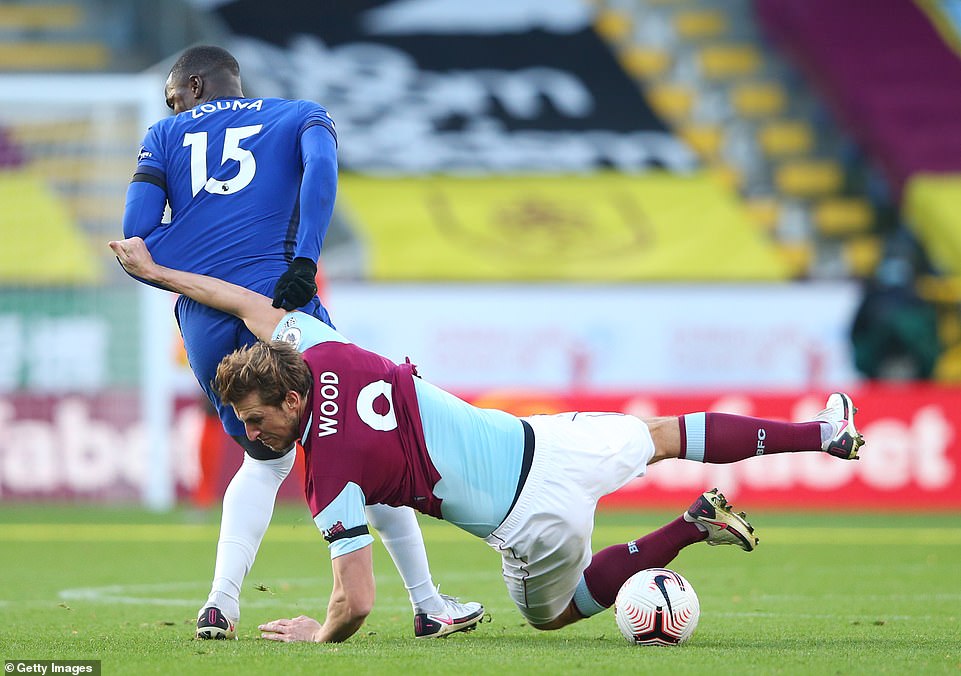 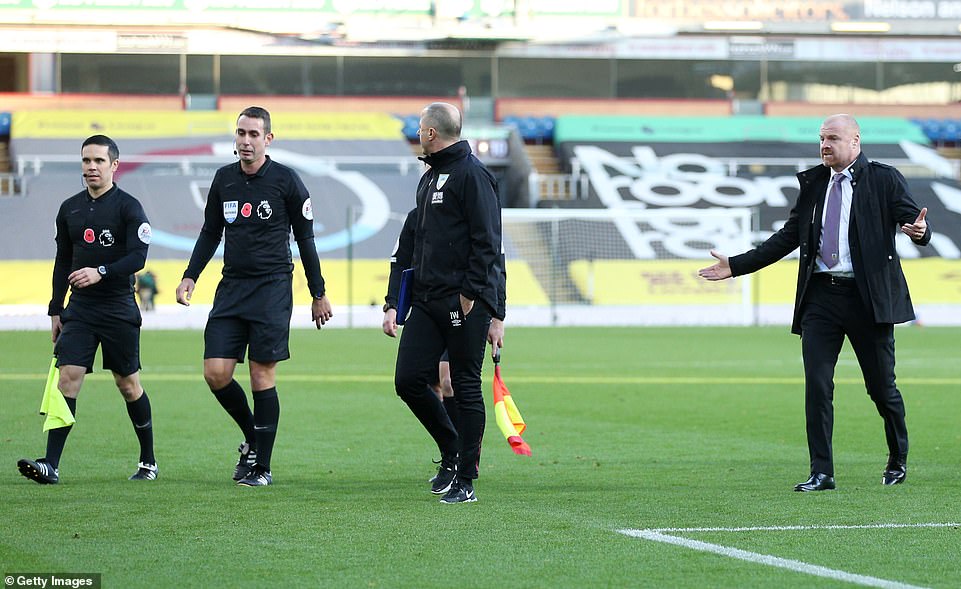 To add insult to injury, Ashley Westwood then sent a loose pass to James inside his own half. He fed Ziyech whose pass to Werner was emphatically finished by the striker.

Sean Dyche celebrated his eighth anniversary at Turf Moor at an interesting time for the club with Egyptian businessman Mohamed El Kashashy and lawyer Chris Farnell reported to be in talks about a £200million takeover.

The cavalry can’t come quick enough for Burnley – who failed to register a shot on target.

But having conceded three to West Brom and Southampton, Lampard can be pleased his defence hasn’t been breached by Sevilla, Manchester United, Krasnodar or Burnley in the last fortnight. 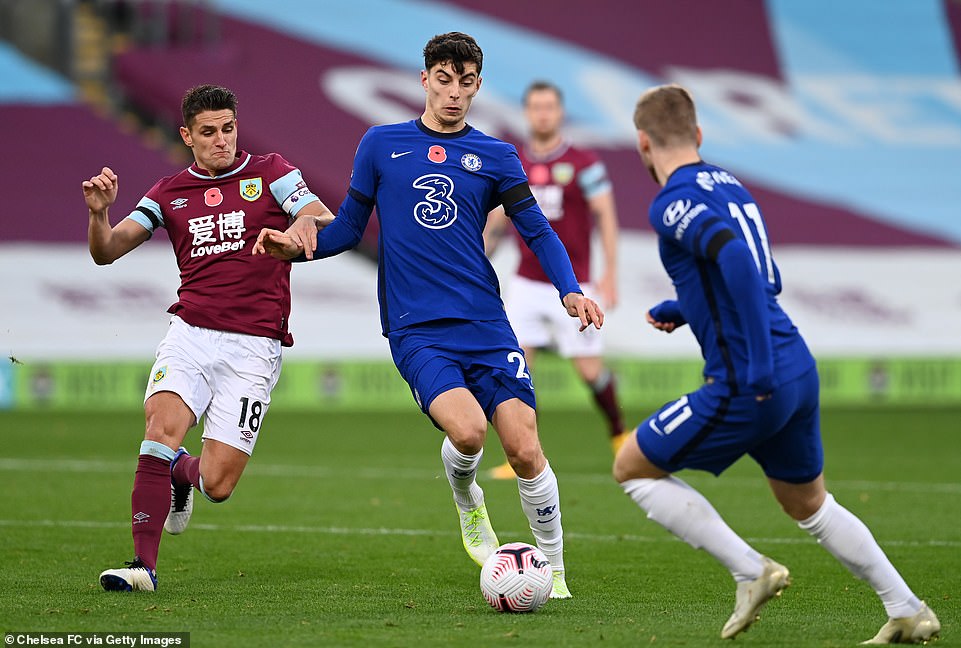 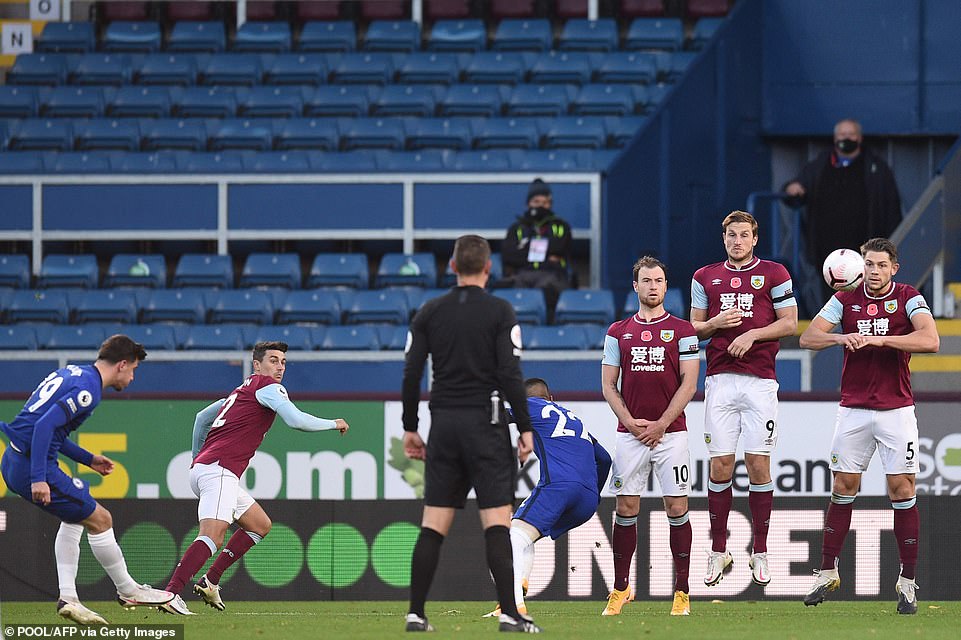