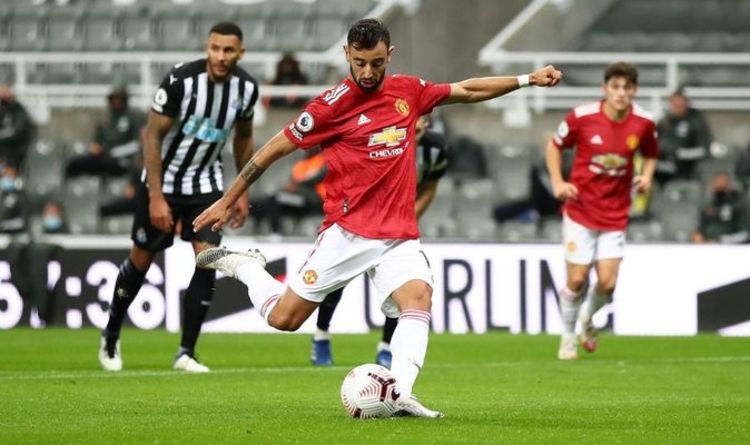 Bruno Fernandes has a reputation for being one of the most prolific penalty-takers in European football. But his most recent attempt was saved by Newcastle goalkeeper Karl Darlow during Saturday’s Premier League clash.

How many penalties has Bruno Fernandes scored?

Fernandes has taken 33 penalties during his professional career.

The midfielder has scored 30 of them, giving him a success rate of 91 per cent.

How many penalties has Bruno Fernandes missed?

Fernandes his missed just three of the 33 spot kicks he has taken.

He has scored 10 from 10 for United before his miss against Newcastle.