Brighton have signed Danny Welbeck on a free transfer, with the forward putting pen to paper on a one-year deal.

Former Manchester United and Arsenal striker Welbeck was a free agent following his departure from Watford, where his contract was terminated by mutual consent.

Welbeck will wear the No 18 shirt for Brighton and could make his debut against West Brom on October 26. 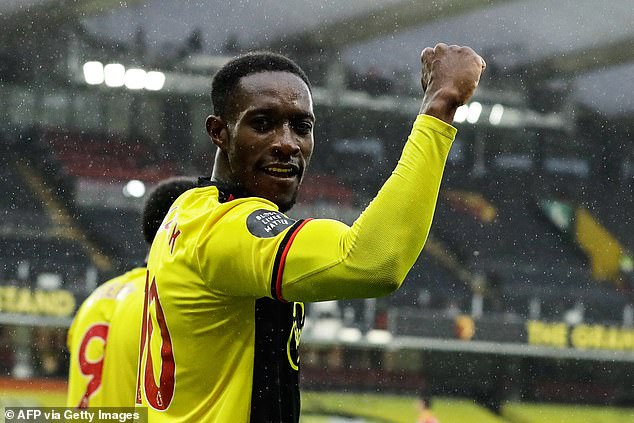 ✍️ Albion have completed the signing of striker Danny Welbeck.

The former Manchester United, Arsenal and Watford forward has agreed a one-year deal with Albion!

Brighton manager Graham Potter told the club’s official website: ‘We are delighted to have Danny joining us. He will complement our existing striking options.

‘He’s got an undoubted pedigree, and he is quick and technically very good. He will add to our attacking threat and we are thrilled to add another player of his experience and quality.’

Welbeck, who has 42 England caps, made 20 appearances for Watford last season and scored three goals.

Prior to that he was at Arsenal, where he won the FA Cup but endured much frustration with injuries.

Welbeck started out at Manchester United, for whom he scored 29 times in 142 games. During his time at United he took in loan spells at Preston North End and Sunderland.