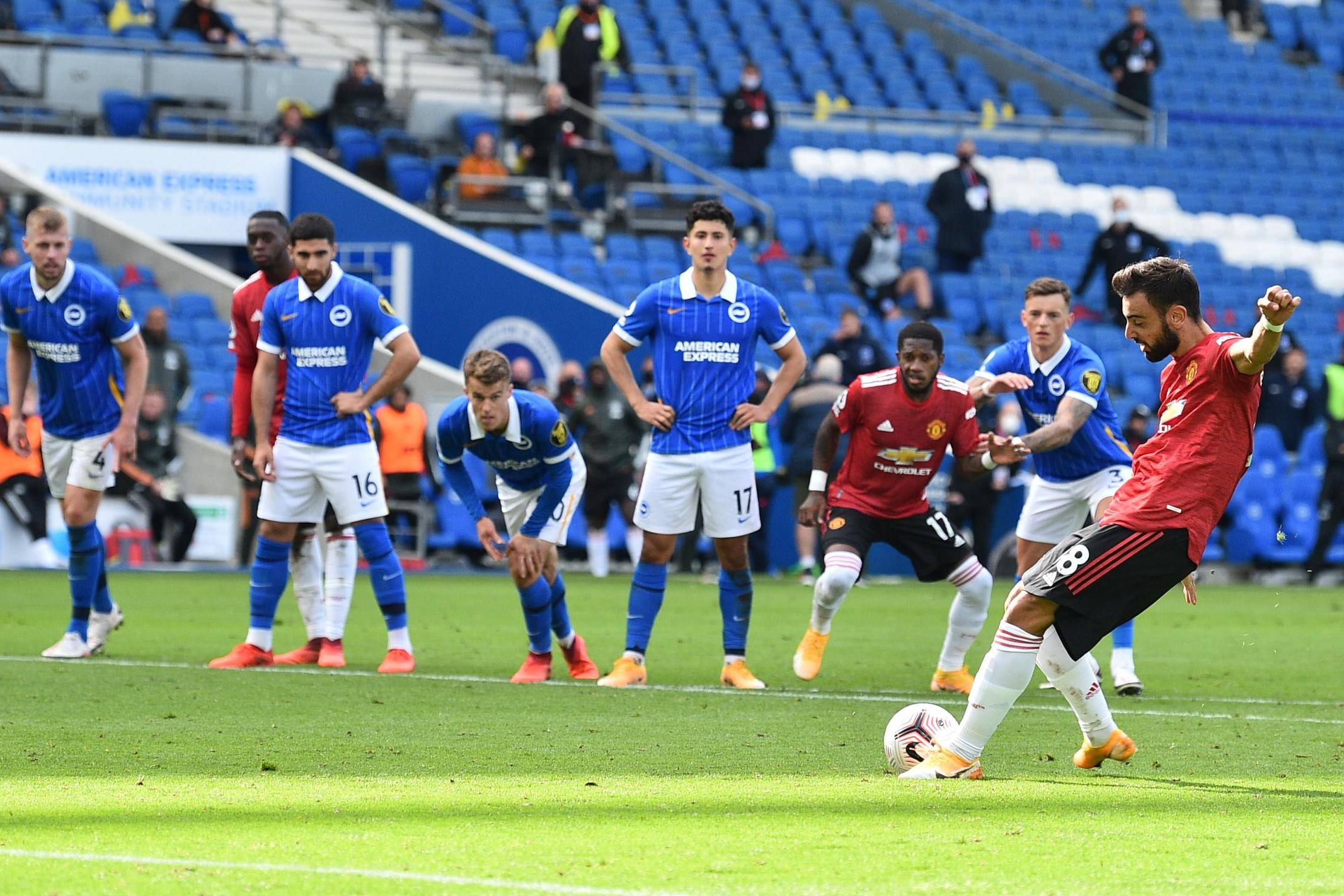 A last gasp Bruno Fernandes penalty handed Manchester United their first Premier League win of the season against Brighton in a remarkable game dominated by both VAR and the woodwork.

After hitting the frame of the goal three times, Brighton finally took the lead through a Neal Maupay penalty, only for a Lewis Dunk own goal to hand United a lifeline, before an exquisite Rashford effort gave United the lead.

Brighton equalised through Solly March in the dying seconds, however, before United were awarded a penalty after the final whistle had gone for handball, which Bruno Fernandes converted in the 100th minute.

Brighton will be scratching their heads wondering how they’ve lost, however, having been denied a staggering five times by the woodwork in a topsy turvy match.

Brighton have put in thoroughly impressive performances against both Chelsea and Newcastle this season and started well once more, unlucky not to be ahead within 10 minutes after Leandro Trossard’s left-footed effort cannoned high off the United post.

The Belgian continued to find space around the United box, firing in another sizzling effort that this time bounced off the other post, before a combination of David de Gea and the bar prevented Dunk’s looping header.

Potter’s side finally made the breakthrough thanks to a moment of magic by Neal Maupay. The forward converted a sumptuous panenka penalty after Bruno Fernandes brought down an ever-lively Tariq Lamptey in the box.

Just 194 seconds later and United were level, however, as Dunk tapped home into his own net under pressure from Harry Maguire following Nemanja Matic’s cut-back.

Brighton were awarded a penalty just one minute into the second half after Paul Pogba brought down Aaron Connolly, only for referee Chris Kavanagh to overturn his decision, deciding it was the Seagulls man who had initiated contact after consulting the pitch-side monitor.

Rashford then had the ball in the back of the net twice in quick succession, the first of which was correctly ruled out for offside by VAR. There was nothing wrong with the second, however, as the England international jinked inside and out, sending Ben White to the floor before smashing into the roof of the net with his left.

To add to the home side’s woes, they then hit the woodwork for the fourth time of the match, Solly March this time seeing his strike agonisingly clip the outside of the post.

Having hit both posts in the first-half, Trossard then completed the set in the second, his powerful strike smashing off the bar with de Gea utterly stranded.

March looked to have stolen a point with a header at the back post in the 95th minute, only for United to be awarded a penalty after the final whistle had been blown for a Maupay handball in the dying seconds. The resulting penalty was converted in ruthless fashion by Fernandes.

In victory, United move up to 13th place with a trip to Tottenham to follow, while Brighton move down to tenth place. The pair will meet again on Wednesday, once more at the Amex Stadium in the Carabao Cup fourth round.