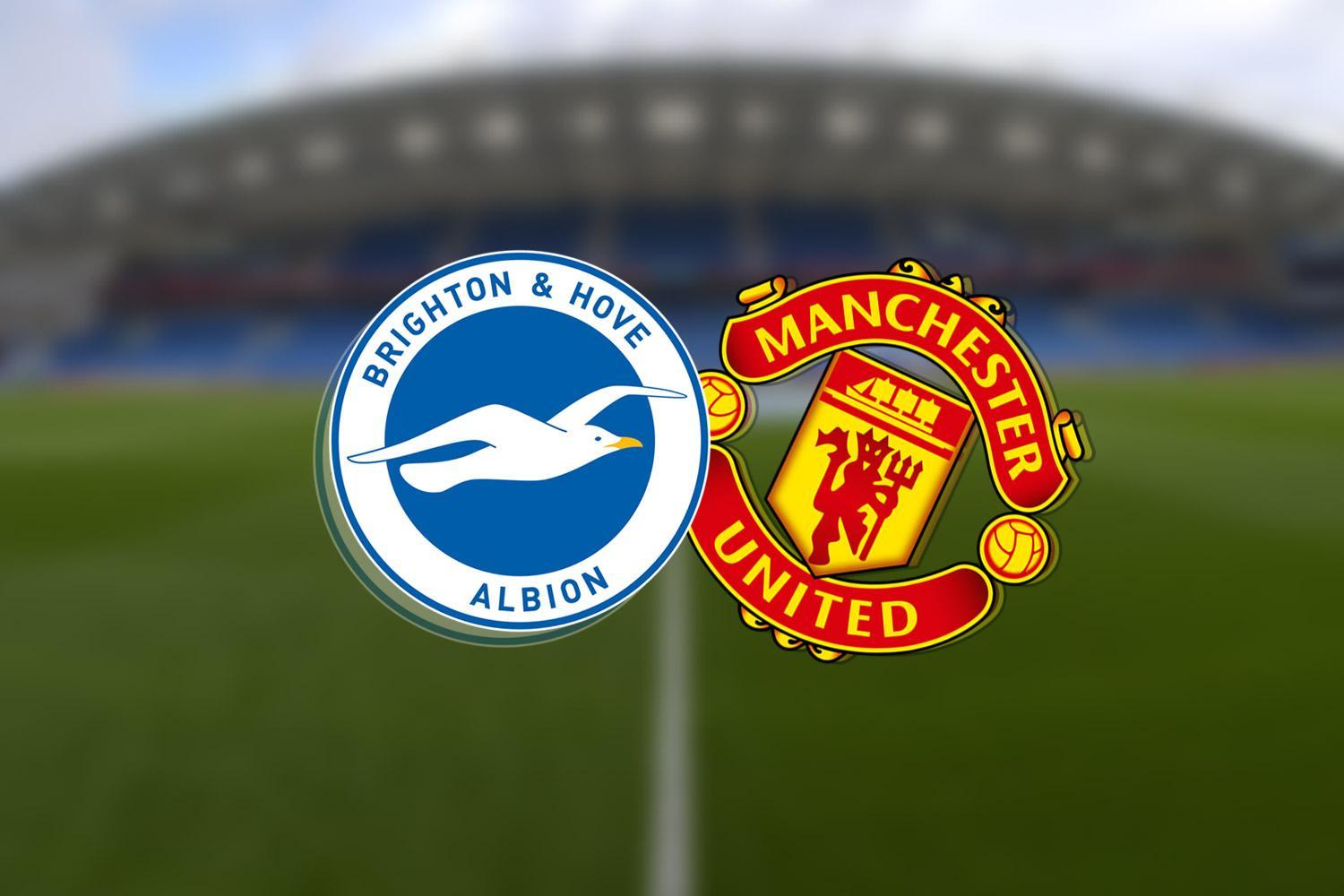 Welcome to the Evening Standard’s LIVE coverage of Brighton vs Manchester United.

The match is under way at the Amex Stadium! Follow our Premier League match stream commentary…

82 mins: Lewis Dunk is now the latest player to receive a yellow for a late challenge on Rashford. Meanwhile, Greenwood has been replaced by Bailey.

81 mins: Right then, we’ve got about 10 minutes remaining here. Brighton are still pushing for an equaliser, and in honesty anything could happen.

76 mins: This is just not real! Trossard hits the bar again!

How on Earth Trossard hasn’t scored today I just do not know. He hit both posts in the first-half and now saw his thumping effort cannon off the bar!

That’s the fifth time Brighton have hit the woodwork today!

74 mins: And Brighton now make two changes, taking off Connolly and Lallana for Gross and Jahanbaksh.

73 mins: Ben White now finds himself in the book for a cynical foul on Luke Shaw, and United now have the chance to swing int he free-kick.

Bruno Fernandes plays a beautifully disguised ball through to Martial in the box, who was clean through if not for a last-ditch toe-poke away from the defender.

68 mins: Brighton continue to push forward as March finds Maupay in the box. He jinks left and right, before squeezing a shot through to the grateful hands of David de Gea.

65 mins: With United now in the lead, they opt for a defensive change, taking off Pogba for the more disciplined Fred.

I said you couldn’t when Brighton hit the woodwork for a third time… well, they’ve now done it again!

March sees his left-footed effort to the bottom right-hand corner crash off the post once more.

58 mins: Brighton think they should have another penalty! Again, it’s Connolly who goes down – this time under the challenge of Maguire. VAR takes a look but correctly opts not to overturn the decision. No penalty.

What a truly stunning goal that is! Bruno Fernandes releases Rashford down the left with an exquisite pass.

Rashford cuts onto his right foot, before bamboozling White with a cut-back to his left, before firing into the top corner. Brilliant.

52 mins: United now believe they’ve taken the lead through Marcus Rashford, who poked home following Greenwood’s cross from the left. The England international was some way offside, however.

Kavanagh has had a look at the incident once more and decided to overturn his decision. Pogba’s yellow card will also be overturned.

Referee Chris Kavanagh has gone over to the pitch-side monitor to have a look at this one. It’s potentially Connolly who has initiated contact, rather than Pogba.

Incredible! Just after the kick-off, Connolly bursts into the box, steps across Pogba, who drags him down. The Frenchman gets his name in the book for his troubles.

Right then, we’re back underway at the Amex Stadium. United will be buoyed by their late first-half equaliser. Can they kick on from here? Or will Brighton continue to dominate?

A frantic first-half comes to an end! And surprisingly, given the scoreline, you’d think Solskjaer will be the happier of the two managers.

His side were totally outplayed and fell deservedly behind from the spot after Brighton had hit the woodwork on three occasions.

United managed to swiftly level through a Lewis Dunk own goal, however. We’re set up for an eventful second half!

45 mins: United have their tails up now. Matic strikes an effort on goal from outside the area which goes high into the hands of Ryan in goal.

United are level! Fernandes fires the free-kick to the back post, which Matic taps back into the middle for Maguire to side-foot home.

Having seen the replay, it looks as if Dunk got the final touch, however.

Ole Gunnar Solskjaer’s side suffered a shock 3-1 defeat at home to Crystal Palace in their opening match, and will be determined to collect their first points of the Premier League season today.

Brighton, meanwhile, recovered from the defeat to Chelsea in their first game by thumping Newcastle 3-0 at St James’ Park.

Man United go into this game as undoubted favourites, but Brighton have found some form already and will make life very difficult for their guests.

Solskjaer’s men looked good on the break in their Carabao Cup win at Luton, but that 3-0 victory glossed over a sub-par performance – and they will need much better here.

How to watch: Live stream and TV information

TV channel: The match will be televised on BT Sport 1, with coverage starting from 11:30am.

Live stream: BT Sport subscribers will be able to watch the match online via the video player and the BT Sport app.