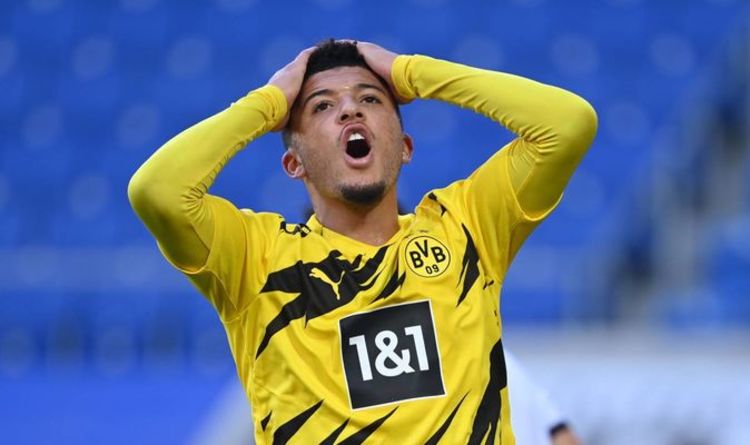 United have seen their efforts to sign Sancho boosted after Dortmund identified a replacement.

The Red Devils tried all summer to land the forward, who had just scored and assisted 17 goals each in the Bundesliga that season.

However, Dortmund stuck to their guns and told United that they must bid €120m by August 8 or they would not even bother answering the phone.

The date came and went without a bid and that was the end of the matter, as far as the German club were considered.

According to France Football via Sport Witness, the German club have eyed relative unknown Tanguy Coulibaly as a potential replacement.

At just 19, the forward fits Dortmund’s policy of buying young players and he has become a regular for Stuttgart this season, netting two in 14 appearances.

Sancho attracted attention last year after a brilliant season for Dortmund but this campaign has been a tough one for the former Manchester City starlet.

However, he has bounced back since the turn of the year after scoring his first league goal on January 3 against Wolfsburg.

The 20-year-old followed it up with a fine performance against RB Leipzig, where he grabbed a goal and an assist.

“Obviously this season has been very difficult for me personally,” Sancho told bundesliga.com.

“So I knew when I went away, I just focused on my game and came back raring to go.

“I’m working hard every day in training and on the pitch so I’m just happy to get my goals and assists.”