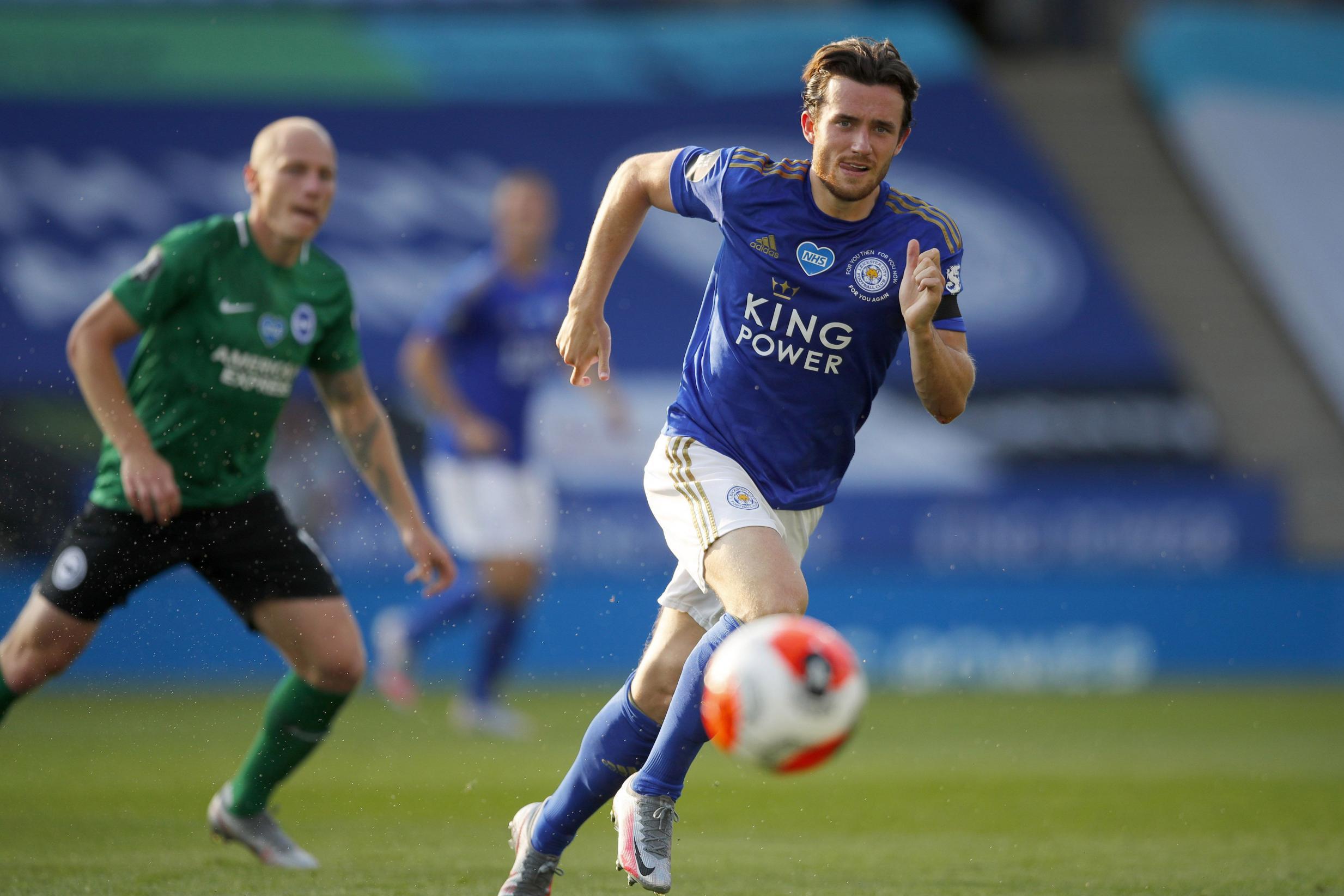 Ben Chilwell will not be leaving Leicester this summer, insists Brendan Rodgers amid significant speculation surrounding the left-back’s future.

The 23-year-old – who still has four years remaining on his contract – has enjoyed another successful campaign for the Foxes as they battle for a Champions League place.

The England international – who will miss the final two games of the season with injury – is a top target for Chelsea as Frank Lampard continues his rebuild at Stamford Bridge while he has also been heavily linked with Manchester duo United and City.

As Leicester prepare for two crucial Premier League encounters against Tottenham and United, Rodgers insists there is no reason to sell one of their prized assets.

“He’s a Leicester City player and not a player we want to lose,” Rodgers said in his press conference on Friday.

“I’m quite relaxed on it,” he added of his players being linked elsewhere. “I’m not worried at all. We’ve got a fantastic squad, a squad we want to keep together.

“There’s no intention to sell Ben Chilwell and there’s absolutely no need to sell.

Rodgers also insisted Leicester’s position regarding any potential transfers does not depend on their qualification for the Champions League.

“We’re not a club whose budgets needs a guarantee of Champions League football but we’re ambitious and we want to fight,” he added.

“We want to overcome whatever financial differences there are to find a way to arrive there.

“Of course, if you have that opportunity to finish in the Champions League places, which we have, then we will give absolutely everything we can to do that.”