As 16-year-old Marc Jurado looks forward to his future at Manchester United, Barcelona are left wondering how another young talent got away. This is a story as old as Cesc Fabregas’ move to Arsenal in 2003.

It hurts the club to see those nurtured in La Masia thrive elsewhere, Jurado had been nine years at Barcelona before deciding to move to Manchester.

These deals hit them financially too if the departed talent then moves for big money. Fabregas was the worst example – not only did Arsenal get the best out of him, and then make money from his sale; but Barcelona were the club buying him when they decided to cash in. 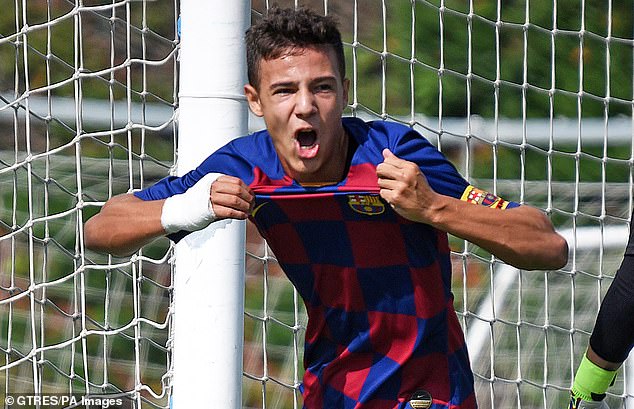 The Catalans did their best to keep Jurado. But the prospect of being fast-tracked and rewarded financially were too much for the exciting young right-back to turn down.

Barcelona will make around 1.5m euros (£1.3m) in training compensation fees but that will be little consolation if Jurado turns into the long-term successor to Dani Alves they currently crave.

He will not be the only full-back lost to Manchester if, as seems likely, Manchester City take Juan Larios at the end of the season after he made it clear he wanted to move to England instead of continuing his football education at Barcelona.

The 16-year-old is also highly rated and Barcelona tried in vain to convince him to stay. The club’s fans are sick of top local talent moving on, some defend the club and blame the young players for a lack of loyalty. Others believe the club is at fault prioritising buying young players from other continents instead of keeping hold of what they have at home. 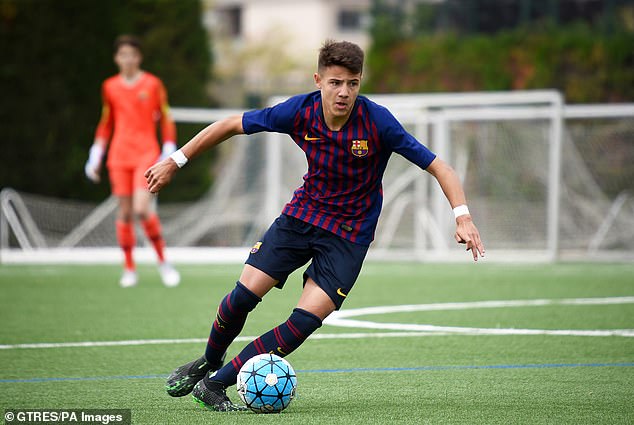 Jurado, a talented right-back, turned down the offer of a Barcelona contract to join United 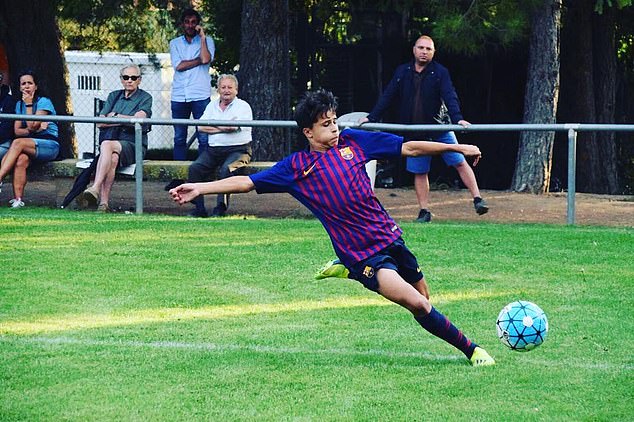 The Premier League is not always the predator. Xavi Simons was whisked away by Paris Saint Germain last year. A promising central midfielder, now 17, he could see a better career path for himself in France than in Catalonia.

Simons was just 16 when Barcelona offered him what they thought was a good deal in both a sporting and financial sense. He would earn 200,000 euros (£179,000) in his first season with bonuses if he made it to the Barcelona B team. He would do a pre-season with the under-19s and then play for the under-18s.

But with his 45,000 Twitter followers waiting for his decision, and with his agent Mino Raiola advising him, he decided to take PSG’s offer instead; one believed to be double that proposed by Barcelona.

Barca briefed that they were not overly concerned having prioritised the contracts of excellent midfield prospect Ilaix Moriba and attacking sensation Asun Fati instead. 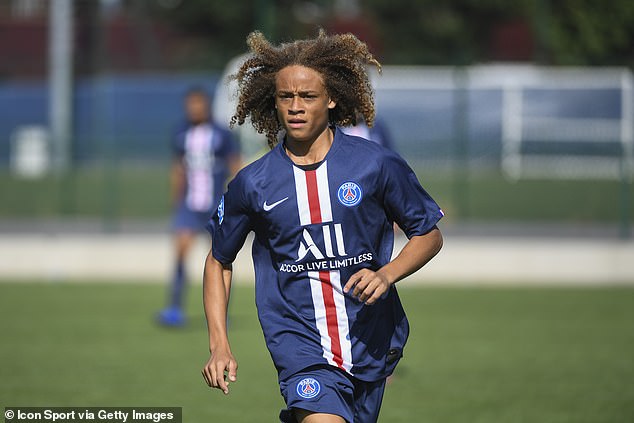 It was still losing out to a big European rival over a player who is clearly a huge young talent.

Chelsea are also leading the race to sign highly-rated Dutch 18-year-old Xavier Mbuyamba, according to his agent.

The centre-back has earned rave reviews and even been compared to a young Virgil van Dijk.

He joined Barcelona from MVV Maastricht last summer but his agent is already searching for the best top side to continue his development. 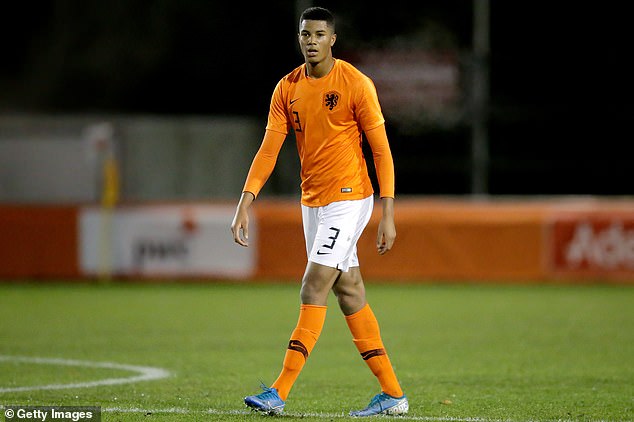 Barcelona were less able to hide their sense of loss when Eric Garcia went to Manchester City in 2017. Again the financial and sporting package put on the table was deemed better at City than at Barcelona.

They were hoping he would mature just as Gerard Pique was playing his last games for Barcelona but instead he’s developing under Pep Guardiola at the Etihad. City promised to fast-track him to their under-18s and satisfied his family that this was the right move for him. Barcelona had to make do with a compensation package of around 1.7m euros (£1.5m).

Barcelona defend their record, arguing that no club can keep hold on to all of its best youngsters – if you have three brilliant young centre-backs you can’t fast-track them all and if you can’t pay them all they want, they will be paid elsewhere.

But the institution has always prided itself on its youth system. Back when Real Madrid were in the midst of their Galatico period one of the Barca slogans was: they have the nombres (names) we have the hombres (men). The insinuation was that Madrid buy players who have already become household names while Barca turn their boys into men and then get them in the first team. 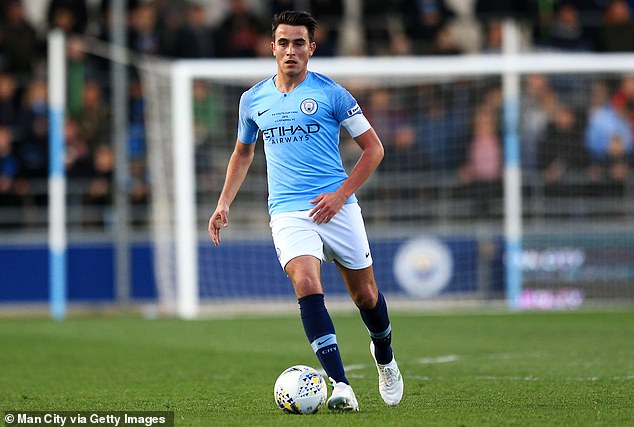 Not so long ago in 2012 Tito Vilanova famously managed to get an entire XI of youth team products on the pitch at the same time – every player a former academy footballer.

Lionel Messi, Sergio Busquets, Gerard Pique and Jordi Alba still remain from the side that played against Valencia that day, but since then only Sergi Roberto has made the jump from La Masia to a regular starting berth.

The club don’t see it as a problem when young talent leaves for cash. Some directors take pride in La Masia’s capacity to make a profit. 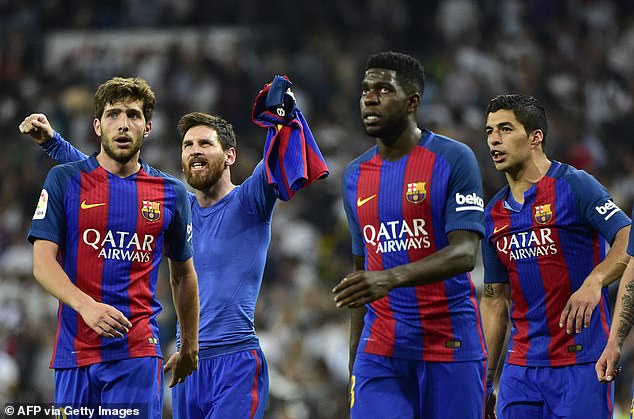 This month La Vanguardia calculated that the club had sold 20 of its homegrown talents in the last four years.

Carles Perez was the latest, sold to Roma for 13 million euros (£11.6m) in January. This summer they are unlikely to take up a 6m euros (£5.4m) buy-back option on Marc Cucurella who is at Getafe, preferring instead to bank a percentage of the money Getafe make from his next move.

Adama Traore and Gerard Deulofeu have both lit up the Premier League at times over the last couple of seasons. Both made Barcelona money, having failed to make the Barca first team as regulars. 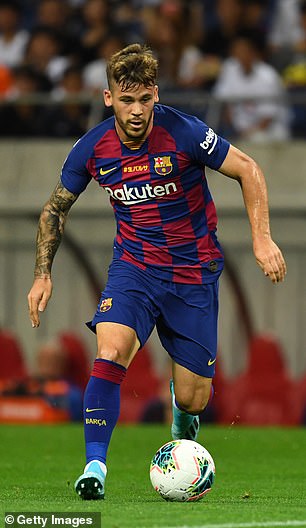 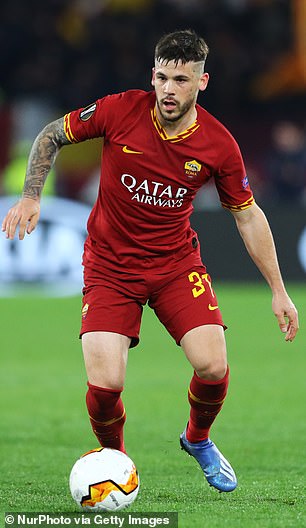 Carles Perez was the latest homegrown player to depart, sold to Roma in January

But when the players leave for next to nothing before they have even made it to Barcelona B, the club’s youth team currently competing in the third tier, then it is a problem.

When the club was punished by FIFA for having broken rules on under-age players a huge banner was draped over one side of the Camp Nou emblazoned with the phrase ‘Don’t touch La Masia’.

The reality is the biggest threat to La Masia is not coming from the game’s governing body, it’s coming from the other big clubs in Europe, and Barcelona’s inability to hold on to their best young players.