Anthony Martial‘s wife, Melanie, joined a huge Black Lives Matter protest in Paris on Tuesday as France fights back against the death of a black man in police custody.

The Manchester United striker’s partner took to Instagram to share pictures of herself and a friend in the middle of the protest, which was attended by around 20,000 people.

Sparked by the death of George Floyd, the unarmed black man killed in Minneapolis last week after a white police officer knelt on his neck for more than eight minutes, the rally was also focused on Adama Traore, a French citizen who was arrested while riding on a bike with his brother in 2016. 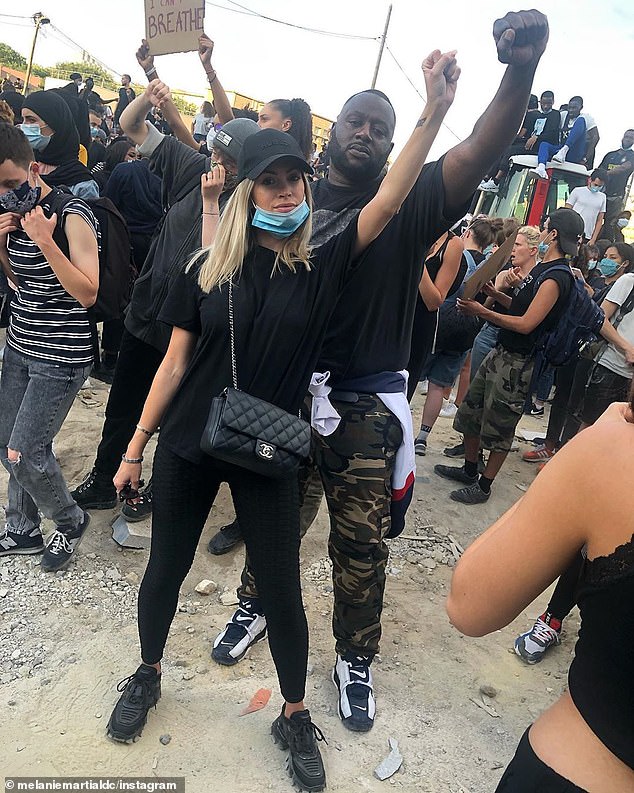 Anthony Martial’s wife, Melanie, poses with a friend during a huge protest in Paris on Tuesday 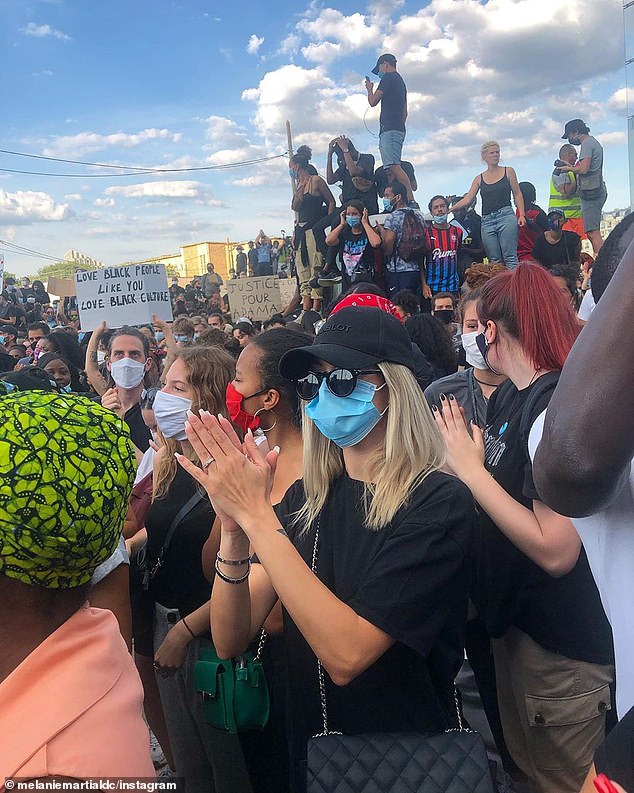 Melanie joined 20,000 others in the capital to support the Black Lives Matter movement

Traore died in police custody in a station in the suburbs of Paris, leading to his parents to file a wrongful death complaint.

Melanie made reference to Traore in an impassioned Instagram post, revealing that she had been moved to tears by speeches during Tuesday’s protests.

Alongside two pictures of herself and others images of the protests, she wrote: ‘JUSTICE AND EQUALITY FOR ALL SAY NO TO RACISM. I know that everyone prefers to like photos of atomic bombs on Instagram but sorry networks are for me a means of sharing my life but also of support the causes that are dear to my heart.

‘It’s been a long time that I support @ assa.traore_ on social networks and many others, I had not had the opportunity until now to move, today it is done and I do not regret absolutely! 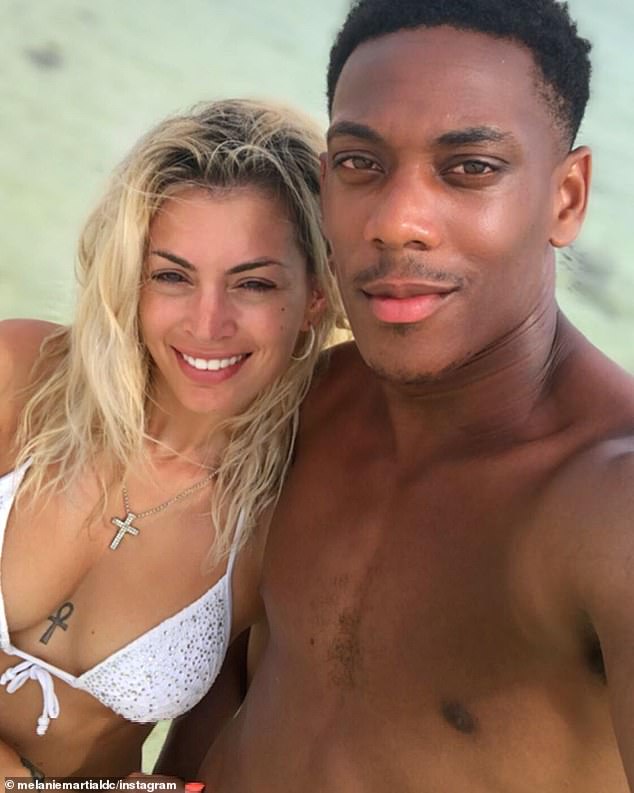 Melanie poses with her husband, Manchester United striker Anthony, during a holiday abroad

‘On the other hand I would also like to tell you that today I moved not only for the police blunders, but for racism in general… Know that today I saw people of all origins come to support the same cause! That of fighting against racism and injustices. Some speeches brought tears to my eyes, suffering in my eyes, on the faces of these people moved me. I am horrified to see that in 2020 racism still exists. Let’s change things.’

The shocking incident involving Floyd has sparked days of civil unrest in America and led to protests across the world by demonstrators angry about the brutal and disparate treatment of black people by the police and racism in society, and demanding change.

It came following the deaths of two other black US citizens, Ahmaud Arbery in February and Breonna Taylor in March, which also caused outrage.